The first people were ruined by laziness, scientists say 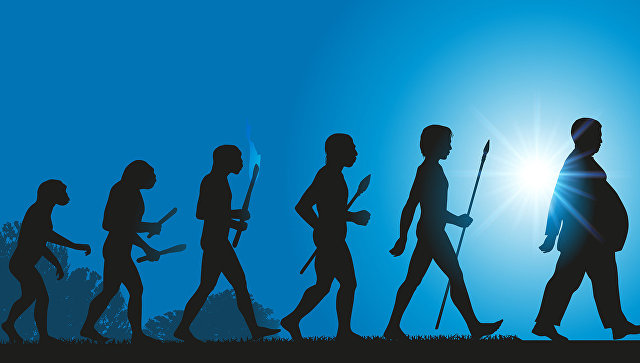 Right-handed people, the first representatives of our family, lost the competition to their descendants because of “laziness” – the inability to produce sophisticated tools. This is written by anthropologists who published an article in the journal PLoS One.

“It’s not at all like these people were straining for anything, they were making tools from the first stones they found at their parking lots, which is not at all like the more ancient Homo, who were deliberately searching for quality raw materials for their tools, “Says Ceri Shipton of the National University of Australia in Canberra.

According to scientists, approximately 3-2.5 million years ago, our ancestors experienced a real food revolution in the transition from Australopithecus to the first Homo. It was accompanied by a noticeable reduction in tooth size, miniaturization of the jaws and reduction of chewing muscles, simplification of the intestine and, as isotopic analysis of teeth shows, significant shifts in the diet.

The first “product” of this revolution, not provoking controversy among scientists, was the so-called bipedal people (Homo erectus) – the oldest “proven” representatives of our kind, who learned to produce relatively complex scrapers, choppers and other primitive tools belonging to the so-called ” culture “.

One of the puzzles surrounding Homo erectus today is why they did not change the manner in which these tools were made and did not try to improve them for more than a million years of existence. For comparison, Neanderthals and Cro-Magnons invented several “advanced” techniques for their development in a much shorter time.

Shipton and his colleagues found a simple, but extravagant explanation for such a “conservatism” of the first people of the Earth, studying the site of Homo erectus, discovered about 30 years ago in the central regions of Saudi Arabia, in a place called Saffakah.

While the anthropologist tells us, the Arabian Peninsula was not covered by deserts, but by river valleys and savannahs, in whose territory the first people who left the territory of Africa lived.

Saffakah was one of the largest “colonies” of Homo erectus outside the “cradle of humanity” – on its territory, scientists found about eight thousand artifacts, including a huge number of tools.

If the mountain does not go to Mohammed …

Visiting this parking lot, Shipton drew attention to one interesting regularity. All tools, found on its territory by Arabian anthropologists, were made of andesite, a solid and dense rock, which is difficult to process.

Cobblestone and other large, but low-quality pieces of andesite, as noted by the scientist, met in large numbers in the territory of Saffakaha. Most likely, they were washed by rivers from nearby mountains and fell on the plains where ancient people lived.

This led him to the idea that Homo erectus could periodically visit these mountains and collect there smaller, but qualitative andesite samples, more suitable for the manufacture of complex instruments of labor. To his great surprise, his team could not find any trace of the fact that the ancient Arabians visited these mountains and used them as “quarries”.

Comparing the tools from different parts of Saffakah, Shipton and his colleagues noticed that their number and size were not accidental – they depended on how far they were from the rivers and the degree of destruction of nearby andesite deposits.

At the same time, all the tools of labor were made in the same way and did not differ from each other. All this suggests that bipedal people did not invest much effort in making tools and searching for raw materials for its production.

“Right next to the point in Saffakah, which we studied, there were hills where qualitative stones could be found, but these people, apparently, were” too lazy “to take a walk in their direction, and they were satisfied with what the river brought. laziness and conservatism, most likely, caused the extinction of this group of Homo erectus at the time when Arabia began to turn into a desert, “concludes Shipton.