The first pictures of the world were painted by Neanderthals 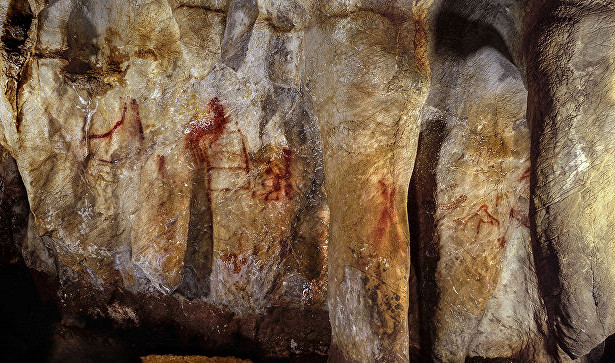 The repeated dating of the most ancient samples of rock art from Spain showed that they were drawn not by Cro-Magnons, but by Neanderthals about 65,000 years ago. This once again refutes the myth of the “uncouthness” of the first aborigines of Europe, according to articles published in the journals Science and Science Advances.

“Many of my colleagues were simply amazed by these discoveries, and many anthropologists used to regard rock art as one of those things that divide modern people and Neanderthals.This discovery significantly shortens the gap between us and our ancient cousins, but does not eliminate it,” commented the opening Jean-Jacques Ublin (Jean-Jacques Hublin), a well-known anthropologist from the Institute of Evolutionary Anthropology in Leipzig (Germany).

What the Neanderthals dreamed of

Rock paintings and other manifestations of the fine arts of ancient people – “Paleolithic Venus” and other figurines – were previously considered an exceptional feature of our ancestors who penetrated into Europe about 45-40 thousand years ago. Subsequently, scientists began to assume that Neanderthals were able to draw, and the most ancient drawings of the ancestors of people – images of pigs-babyruss and other animals – were discovered not in Europe but in South-East Asia.

In fact, as paleontologists and anthropologists today believe, fine arts originated much earlier, at least 100,000 years ago, even before the exodus of a man from Africa, just drawings of those times did not live up to us because of the equatorial climate and their venerable age. For example, in 2011, scientists found a presumptive “palette” – a mollusc shell covered with paint – and working tools of ancient artists of 100-150 thousand years old, excavating in the Blombos cave in South Africa.
Alistair Pike of the University of Bristol (UK) and his colleagues found the first unequivocal evidence that the Neanderthals really possessed no less advanced intelligence than the Cro-Magnon people and were able to draw, studying the paintings and artifacts found in the caves of La Pasig, Maltraveso and Ardales in the north- east, west and south of Spain.

The problem, as the British archaeologist explains, is that the age of the rock painting can not be calculated directly. Ancient artists used mineral paints that do not contain organic matter and carbon, according to which the antiquity of certain artifacts is usually evaluated, because of which their dating was usually carried out indirectly, according to the age of deposits on the bottom of the cave or the peculiarities in the structure of the tools found nearby with pictures.

Six years ago, Pike and his colleagues found a way to get around this insurmountable obstacle. They noticed that on the surface of many drawings a thin film of limestone and other minerals appears, inside which there are small impregnations of uranium atoms, which gradually decay and turn into thorium. Both these metals are washed out from such a film at different speeds, which allows very accurately calculate the time of its formation by measuring their fractions in the lower and upper layers of the calcareous deposits.

The first painters of Europe

As the scientists note, it was incredibly difficult to find such films in the three Spanish caves – this was hampered by the lack of large sources of water inside them, and the fact that such deposits are extremely difficult to separate from the wall without damaging the picture. Nevertheless, it was possible to do this, and the first measurements of the shares of uranium and thorium indicated an incredible fact – it turned out that all the pictures in these three caves were written by their inhabitants 65-74 thousand years ago.

“Such dates tell us that this painting was painted about 20 thousand years before the first people of the modern type appeared in Europe, so we can say with confidence that the authors of these drawings are Neanderthals,” explains Pike .
Similar conclusions were confirmed later in the excavations in the cave Ardales, where representatives of the team Pike and some other anthropologists found several shells of mollusks covered with yellow, blue and red colors that Neanderthals used as palettes, as well as other traces of the ancient “artist’s workshop” .

Their age, calculated in a similar way, pointed out that the first aborigines of Europe could start painting even earlier, about 115 thousand years ago.

All this, according to Pike and his associates, suggests that the Neanderthals possessed no less advanced intellect and culture than the Cro-Magnon people, and were not “rough-hewn”, as some anthropologists had previously believed.