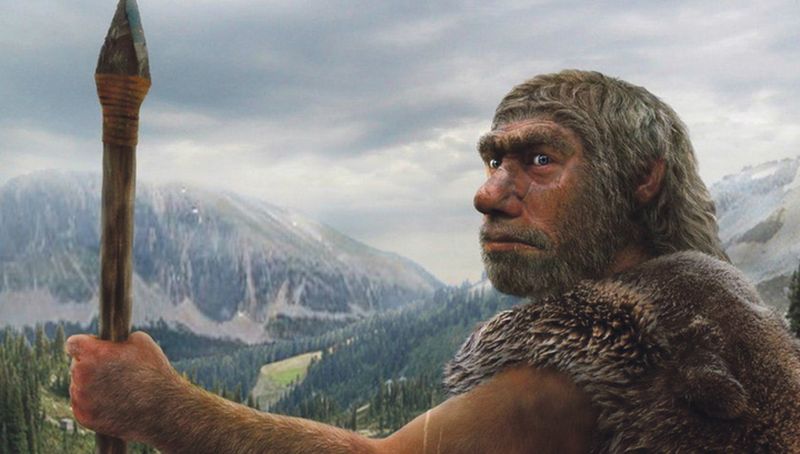 For a long time anthropologists believed that the species of Homo neanderthalensis and Homo sapiens did not overlap at all or their coexistence was short-lived. However, many modern works prove that a reasonable person and a Neanderthal man lived side by side in the territory of modern Europe for at least five thousand years. Of course, during this time there could be no crossing of species.

In the framework of the large-scale project to decipher the genome of the Neanderthal man, in 2006, scientists made an amazing discovery: it turns out that the genome of modern man still contains a part of Neanderthal DNA.

Previous work showed which genes a person inherited from this extinct species. In addition, scientists discovered viruses that had passed to us from ancient hominids, and proved that it was from Neanderthals that we got depression and tobacco dependence. It also became clear that the Neanderthal genes still protect modern people from schizophrenia.

Now the new work of specialists from the Max Planck Institute for Evolutionary Anthropology (Germany) showed that the legacy left to us by H. neanderthalensis is even greater than it was thought. The skin tone, hair color, circadian rhythms, metabolism and even the mood of modern people – all this in some way depends on the Neanderthal genes.

The team, led by Janet Kelso, investigated the connections between Neanderthal DNA and various features of modern humans that are not related to health.

Since in the genome of people of non-African origin the DNA of Neanderthals is only 2%, it is necessary to track its influence on the change of any traits on a large sample of people. Experts used the data of the British base called Biobank. They analyzed information about 112 thousand people. Researchers were interested in the appearance of people, diet, as well as behavioral characteristics and diseases.

According to Kelso, scientists have long assumed that Neanderthal genes can affect the features of the skin and hair of modern people, but it remained unknown how.

The scientists followed the alleles of the Neanderthal genes (these are various variants of the gene that provide the variability of the development of the same trait) and concluded that the tone of the human skin and the color of his hair are laid in the genes inherited from the Neanderthals.

In particular, some alleles of H. neanderthalensis genes predetermine lighter skin tone, others – more dark. The same applies to the color of the hair.

According to experts, these data suggest that Neanderthals probably had different shades of skin and hair.

This is explained quite simply. When the Sapiens just started populating Europe, Neanderthals lived in the same places for thousands of years. Probably, during this time they developed mutations, due to which they adapted to lower or higher doses of ultraviolet. 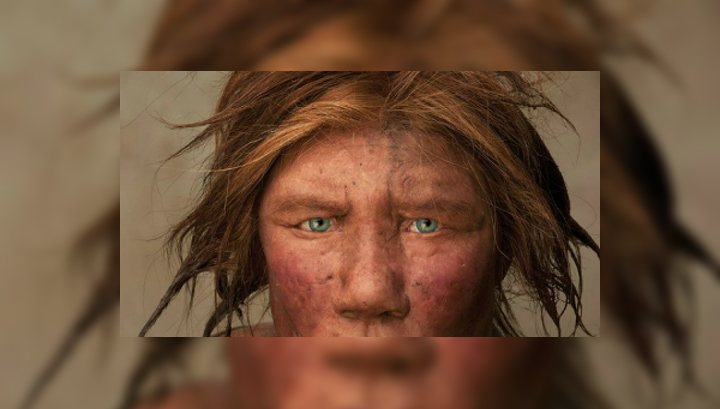 Keslo explains that circadian rhythms and even human moods also depend on sunlight. And consequently, the same genes that are responsible for the pigmentation of the skin and hair, affect these aspects of people’s lives.

The influence of light had a great influence on the formation of the Neanderthal phenotype (a combination of biological properties and signs of the organism). Many of its features were passed on to modern people, researchers conclude. However, according to them, the legacy of the ancient hominids, handed over to us, is probably much richer.

A scientific article on the results of this work is published in the American Journal of Human Genetics.

Meanwhile, in the journal Science another team (by the way, also from the Max Planck Institute) told about the results of her research. Scientists have studied a bone fragment of 52 thousand years old, found in one of the Croatian caves.

After analyzing the sample, specialists came to the conclusion that they had before them the remains of a Neanderthal man. They conducted sequencing of the genome of the ancient hominid, and its results confirmed that the sapiens with the Neanderthals have much more in common than anticipated.

As already mentioned, the H. neanderthalensis gene has been studied for several years. Nevertheless, the improvement of technologies allows obtaining new data.

In 2010, anthropologists studied 44 fragments of the remains of Neanderthals from a Croatian cave called Vindia. That work allowed for the first time in history to restore the complete sequence of the Neanderthal genome.

And the current sequencing of new samples allowed scientists to “assemble” the second full-fledged Neanderthal genome.

This means that evolutionary biologists and anthropologists now have much more data. For example, the study showed that in the genome of Europeans and Asians, part of the Neanderthal genes is not 2%, but at least 2.6%. These data explain the influence of Neanderthal DNA on the phenotype of modern man.

Moreover, according to the new work, the level of cholesterol in the blood, various eating disorders, as well as the development of rheumatoid arthritis – all this is also laid in the Neanderthal genes, which were transmitted to a reasonable person.