The girl found a mysterious sword in the English lake 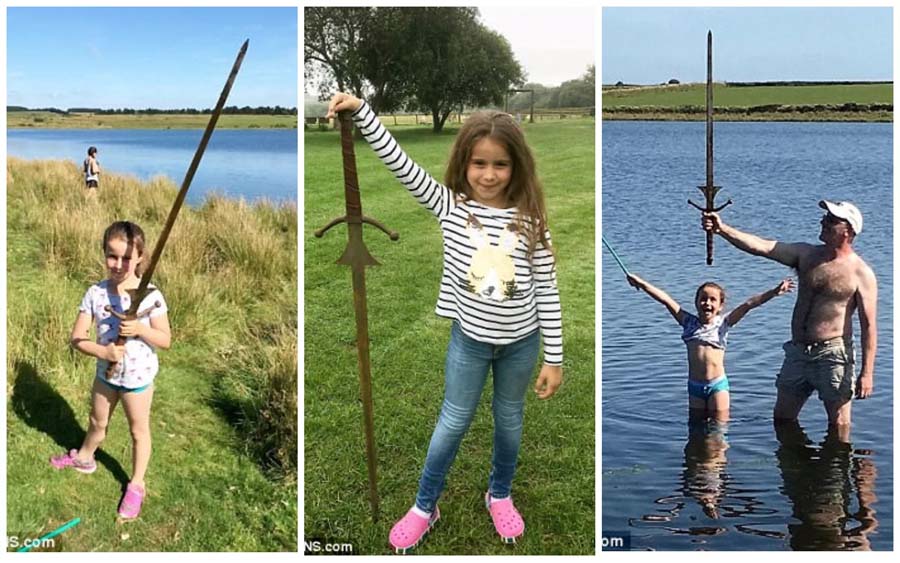 7-year-old schoolgirl from England Matilda Jones discovered an unusual find during a walk on the lake Dozmari-Poole. The girl found a one and a half-meter blade, and according to legend it was in this place that King Arthur threw his sword Excalibur.

Seven-year-old Matilda Jones swam in Lake Dozmari-Poole in Cornwall and noticed a sword at the bottom. The length of the blade coincides with the growth of Matilda – 120 centimeters.

The man claims that along the way he told his daughters about King Arthur: the legend says that one of the knights threw the sword of the deceased king into the water, and only a man worthy of occupying the British throne can find him. Lake Dozmari-Poole, where the find was made, is one of the reservoirs that is associated with this legend. 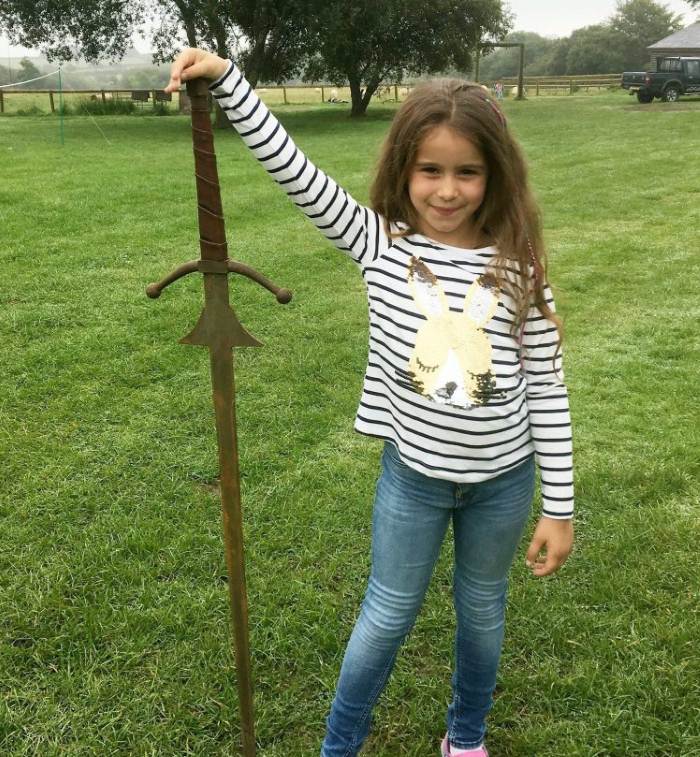 This sword King Arthur obtained with the assistance of the magician Merlin – he was held over the waters by a mysterious hand (the hand of the Lady of the Lake) – after he lost his sword in a duel with Sir Pelinor.

One day, Arthur’s sister, Morgan’s fairy, persuaded her lover, Sir Akkolon, to kill the king. To facilitate his task, she stole Excalibur, as well as his scabbard, which were magical and helped to heal wounds. But Arthur was able to defeat the enemy and conventional weapons.

After the last battle of Arthur, when the king felt he was dying, he asked the last of the surviving knights of the Round Table, Sir Bedivere (or Griflet), to throw the sword into the nearest pond – to return Lady of the Lake. Only after making sure that it was done, Arthur died calmly (according to some legends, he did not die, but was carried away by Morgana’s sister or, in other legends, by the repentant Morgana to the Glass Island, where she sleeps in a crystal tomb).