In Egypt there were two sphinxes 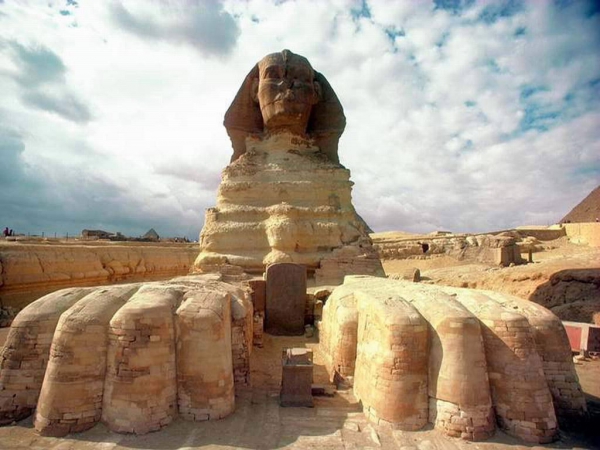 Immediately two Egyptologists reported that in the ancient manuscripts, mentions of two keepers of the pyramids – the Sphinxes were found. But historians El Shammaa and Malcolm Hatton can not find material confirmation of their version yet.

Carved from the calcareous rock of the Sphinx in Egyptian Giza is the oldest statue on the planet. But according to Egyptologists, the famous “guard of the pyramids of the pharaohs” used to have a twin. Even in the ancient Egyptian myths, there are two Sphinxes that followed the sun passing through the planet through the tunnel. However, the main argument of the researchers is the historical documents left by Greeks, Muslims, Egyptians and Romans who lived many centuries ago.

Bassoma El Shammaa, who deciphered the inscription on the stone of Dream Stela, found a story about the case when Cheops restored one of the statues after a lightning strike. Most likely, according to scientists, the twin Sphinx was destroyed about a thousand years ago. With El Shamma, historian Malcolm Hatton, who studied the movement of sand in Giza and the impact of erosion on sculpture, is in agreement. Hatton assured that he would reveal some secrets of Ancient Egypt in his new book, but admitted that it is extremely difficult to find the second Sphinx because of the local authorities’ prohibition to excavate near the pyramids.

Ancient Egyptian myth states that when people are enamored and angry, when they fight and kill, the Sphinx jumps off its pedestal and, having fled into the desert, digs into hot sand. And no one can find him, until peace and prosperity reign on the planet.