The highest temperature on Earth was 38 million years ago 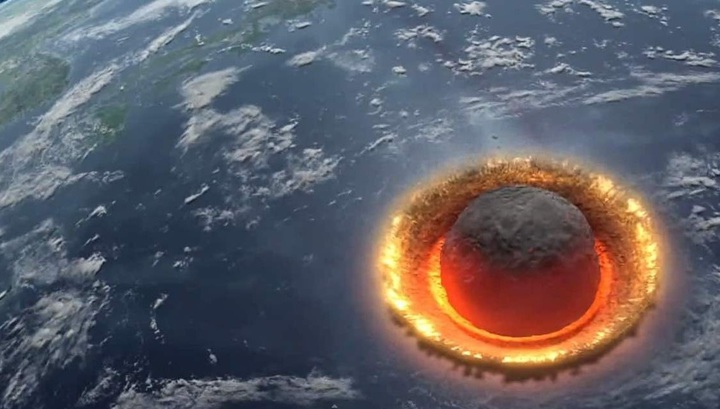 2370 ° C – this is the highest temperature that could be fixed on the surface of the Earth. This conclusion was reached by the researchers, restoring a chain of events that occurred about 38 million years ago.

At that moment, a fragment of the space object struck the territory where Canada is today. Learn about this scientist helped by a mineral called zircon.

Let us explain that when an object from outer space crashes into our planet, an incredibly high temperature prevails at the site of the collision. It was such strikes that changed the earth’s atmosphere for billions and millions of years and affected its habitation.

After such disasters, very often there are clues, according to which today researchers can restore events. Prior to this, the maximum temperatures ever recorded on the surface of our planet were estimated at 2000 ° C. But now there is indisputable evidence that the experts are a little pissed off.

Nicholas Timms of the University of Curtin, Australia, together with his team, explored the impact crater called Mystatin, which is located on the Labrador Peninsula.

Experts believe that the impact of the meteorite formed a crater 28 meters in diameter, but later the geological processes deformed it. Today, the size of the crater is 16 meters across, and its maximum depth is 338 meters.

38 million years ago, the crater was hot enough to turn zircon into a precious fianite (it’s also cubic zirconia or zirconium dioxide, ZrO2). The minimum temperature required for this process is 2370 ° C.

“These results underscore how extreme the conditions can be after the impact of celestial bodies,” Timms argues, “Earlier no one considered zirconium as an indicator of temperatures, for the first time we have evidence that real stones can be so hot.”

According to experts, the most accurate estimate of the upper temperature limits for the collision of celestial bodies with our planet is very important. It becomes more and more real for them to reconstruct the events that took place on the young Earth.

Timms colleagues believe that such bombardments from outer space and overheating after them could “bake” the earth’s crust, while retaining hydrogen, carbon and sulfur in the atmosphere. And these elements are considered in the literal sense of vital importance: without them we simply would not exist.

Details of the work of the team of Australian researchers describes in the publication Earth and Planetary Science Letters.