The history of “domestication” of cats has become known 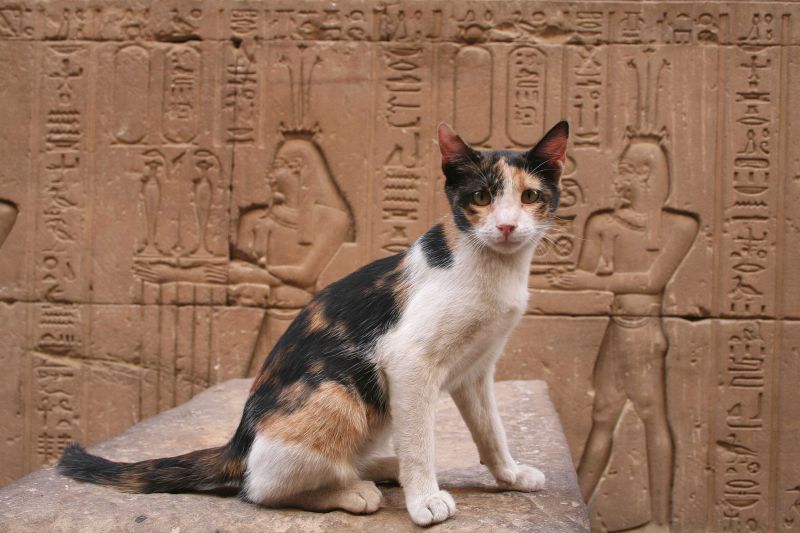 The question of whether a person has truly domesticated cats, or whether these independent beasts have only endured to live with us, remains controversial. Unlike hens, cows or dogs, they practically do not differ from their wild relatives either externally or by genotype, and in most cases are perfectly able to survive on their own in the apartment, in the city, and in nature.

Despite this, they have long disputed in dogs the title of the most beloved pet and have become so accustomed to people that they experience pleasure from human caresses. It is assumed that the way to our cats apartments began once, guarding the harvest and supplies from rodents. It all began with a subspecies of wild cats Felis silvestris lybica, whose descendants are all domestic cats today. These predators live in the north of Africa and in the adjacent south-western part of Asia, and are easier than other cats to contact a person.

To find out the details of this background, an international team of scientists led by Claudio Ottoni from the University of Leuven in Belgium examined DNA extracted from the bones and teeth of hundreds of ancient remains of cats. This made it possible to show that the conquest of the world by these fluffy cuties went in two waves, from the Mesopotamia, then from Egypt, and they migrated long distances on Viking ships. Scientists write about this in an article published by the journal Nature Ecology & Evolution.

The object of the study was mitochondrial DNA (mtDNA), transmitted from the parents to descendants strictly on the maternal line. The studied bone samples covered the period up to 9000 years ago and were found in the vast territory of Europe, North Africa and the Middle East. This made it possible to trace one line of cats to the Fertile Crescent, which about 10 thousand years ago became one of the first centers of agriculture. Only later, about 7 thousand years ago, when the first peasant communities and technologies began to penetrate into Europe, cats also moved with them.

The next wave of spreading domestic cats is traced to Egypt around 1700 BC. E. Between the V and XIII centuries. It spread from here quite widely, occupying both Africa and much of Europe. Representatives of this “Egyptian” line found scientists even in the excavation of one of the ancient trade points used by the Vikings in the Baltic Sea, in the north of modern Germany, which confirms the theory of the extensive use of cats to combat rodents and wooden ships.

The authors also became interested in an interesting feature of modern domestic cats: the coloring of their wool. Wild cats are almost always striped, “moire”, but among modern domestic cats (and especially in feline Internet stars) it’s easier to meet spotted cats. It is known that such color is associated with one of the mutations fixed in them (in the Taqpep gene), and Ottoni and colleagues tried to trace it in ancient remains.

The authors conclude that such a mutation appeared in cats no earlier than in the Middle Ages, and then rapidly spread across Europe and the surrounding area. According to scientists, about the same time began and artificial breeding of cats to obtain different breeds.