The history of one photo: Survivors 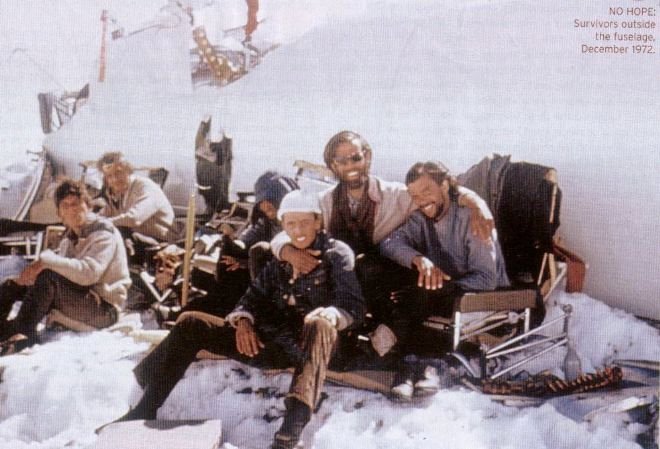 In the photo – survivors of a plane crash in 1972 in the Andes. Pay attention to the human ridge, which lies in the lower right corner.

On October 13, 1972, a plane of the Uruguayan Air Force crashed in the Andes with five crew members and 40 Uruguayan passengers on board. Search operations did not bring results – a white plane merged with snow and could not see it. On the eighth day after the disaster, the search was collapsed as hopeless.

However, almost three quarters of passengers survived in this catastrophe. Some of them soon died of wounds, some died at the descent of the avalanche. Survivors for more than two months had to fight for existence – almost without supplies and in the conditions of severe cold.

In order not to die of hunger and not to freeze, the people, driven to despair, decided to eat the frozen bodies of the dead. The situation was aggravated by the fact that the majority of the survivors were Catholics, and the deceased were their friends or friends. So without waiting for help, some survivors decided on a long and dangerous transition, which was crowned with success. As a result, 16 survivors managed to survive.