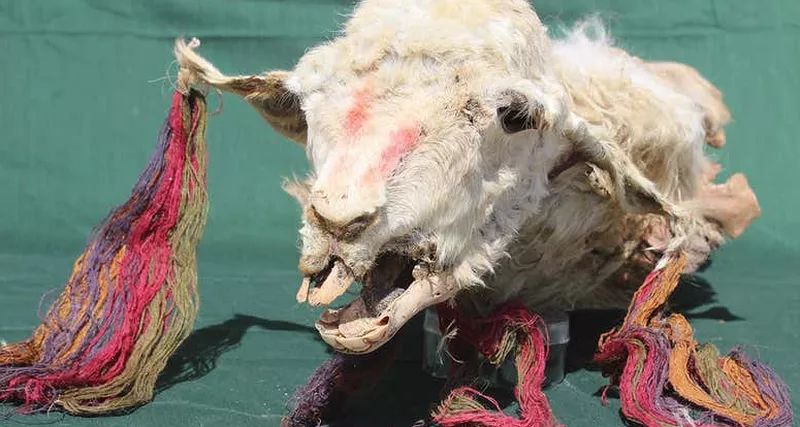 In Peru, archaeologists stumbled upon an eerie burial. Scientists have discovered the remains of five lamas, which were part of an Inca ritual. Researchers speculate that the animals were buried alive.

Sacrifices were a common practice among the Indians, but very rarely did people offer animals to the gods in this way.

Lamas were an important part of Indian life. With the help of this animal, the Incas moved, and they also ate the meat of llamas and made clothes from their skin and fur. In addition, the Llamas were considered sacred animals by the Incas.

When the Spaniards arrived in South America (1500s), they noticed that the Incas regularly killed hundreds of lamas, either for feasts or for ritual sacrifices. And, nevertheless, earlier archaeologists found only the remains of animals that were “on the table”, but scientists discovered the victims of ritual ceremonies for the first time.

Five llamas were found in an Inca settlement called Tambo Viejo in the Acari Valley, off the coast of Peru. Scientists say the site was looted earlier, so they suspect there were more lamas originally.

Lidio Valdez of the University of Calgary said it was difficult to prove that the llamas were buried while still alive. However, he emphasizes that the bodies of the lamas did not have any mutilations that would indicate death before burial, and the legs of the animals were tightly bound. Valdez suspects this was done to keep the animal “under control while it was buried alive.”

Archaeologists note that such a sacrifice is consistent with the behavior of the Incas, which was previously described by historians. “The Incas often sacrificed children and say that some of them were buried alive,” Valdez said, referring to written testimonies from the Spanish conquistadors. “If they did this to the children, then they probably did the same to the lamas.”

Charcoal was found next to one of the llamas, which was dated 1432-1459 years. It was around this time that Tambo Viejo was annexed by the Inca Empire, so sacrifice and feasting may have been a way to reinforce the new social order.