The Incas were specialists in skull trepanation? 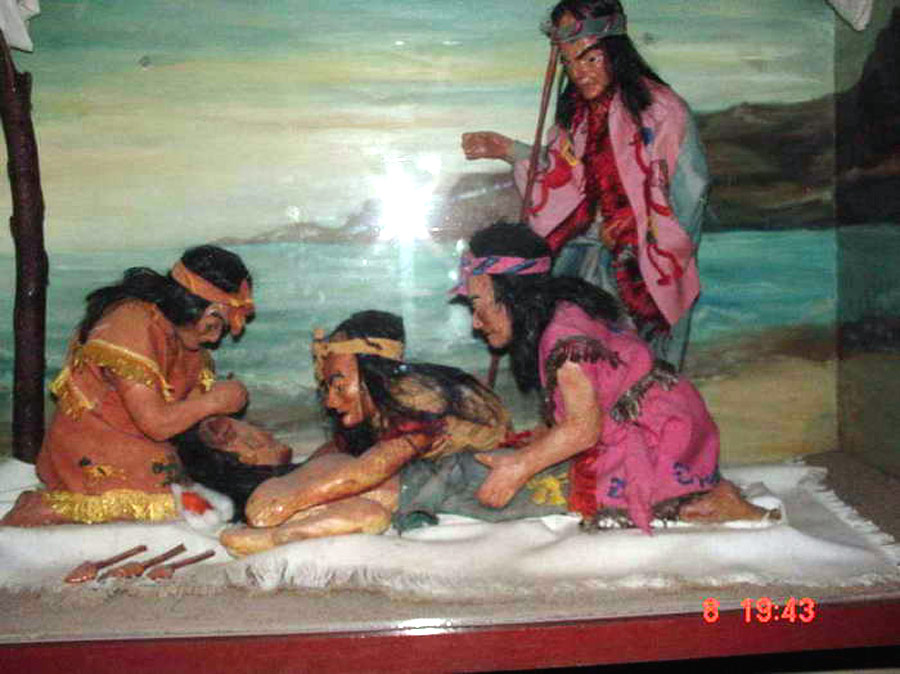 When Efrayim George Squier, an American diplomat and anthropologist, undertook a trip to Peru in 1863, he did not realize that he promised him the most unexpected discoveries. He went there for antiquities.

But here during the examination of a private archaeological collection Squier saw an Inca skull with a missing large square. This fact caused him great curiosity. He bought a relic and sent it to the famous French anatomist and anthropologist Paul Brock. Having received the acquisition of Squier, Brock immediately recognized his uniqueness.

Never before has a scientist ever seen an part of a bone extracted from such an ancient skull with such precision.

Trepanation, that is, the removal of certain parts of the human skull, was practiced in Africa 12,000 years before, and in Europe, at least 6,000 years ago. However, such cutouts were made in turtles, mostly dead, and this was done, probably, from superstition, in order, for example, to drive out evil spirits.

Broca came to the conclusion that the operation was carried out on the skull of a living Inca, on living bone tissues, as evidenced by signs of infection along the edges of the hole made. It was quite clear that the operation was carried out for purely medical purposes. Later studies of other Trepanized Peruvian skulls led to the discovery of a whole range of different surgical techniques and pointed to the striking fact: half of these patients after trepanation were completely cured.

Scientists have calculated that the hundreds of trephined skulls found to date in Peru exceed the number of all known prehistoric trephined skulls in the world as a whole. For many centuries before the advent of modern medicine in Peru, neurosurgery was born here …

In the field of operational medicine, the greatest successes were achieved by the Incas and their predecessors, the ancestors (the culture of Paracas). Inca doctors successfully treated wounds and fractures, using “tires” from the feathers of large birds; Performed operations of amputation of the upper and lower extremities, performed trephination of skulls. A painstaking study of trephined skulls by scientists of Peru, France, the USA and other countries showed that trepanation was performed not only in ritual, but also for medical purposes (with injuries and traumatic injuries of the skull, inflammatory processes in bone tissue, syphilitic ulcers, etc.) . Surgical instruments for trepanation, tumi, were made of obsidian, gold, silver, copper. 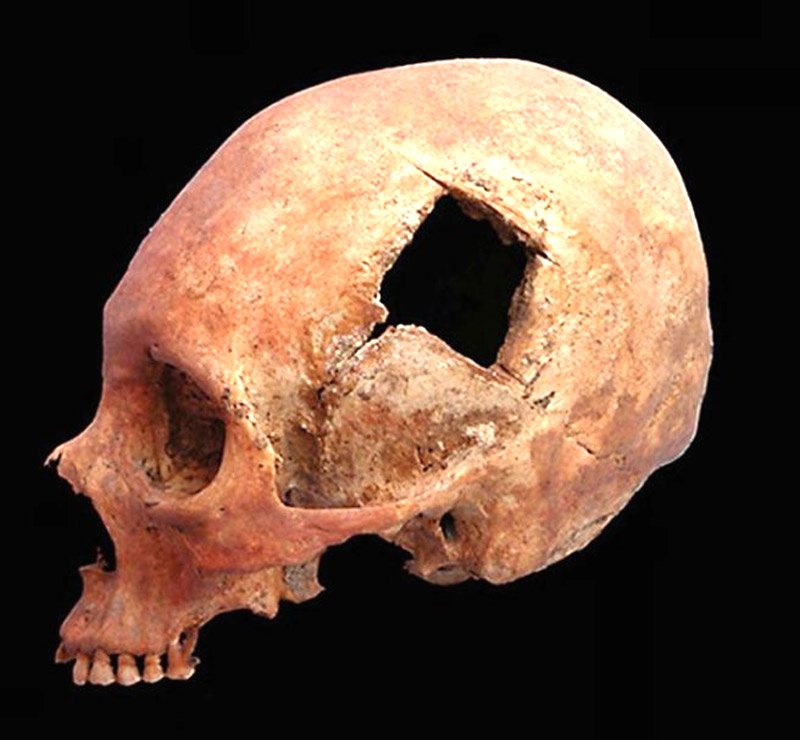 The Incas had a solid knowledge of human anatomy and were able to apply them in practice. They performed surgical operations with great skill, including trepanation of the skull. The Inca doctors cleverly and quickly opened the skull to help their wounded. Researchers who study the skeletons of the Incas found that on every sixth skull there are traces of operations. The holes in the bones of the skull testify to surgical operations, and the scientists became convinced that patients, as a rule, recovered without special complications and lived after the operation for more than one year.

In the Peruvian Andes in the XV century warriors preferred maces, cudgels, fired the enemy from the rocket-propelled guns. The sling and the mace are not toys, but when using such weapons on the battlefield, there were more wounded than the dead. Especially often the Inca soldiers were injured in the head. As it often happened in the history of mankind, the war stimulated the development of medicine, and the Incas learned to perform trepanation of the skull in order to save the wounded warriors and even return them to active life. 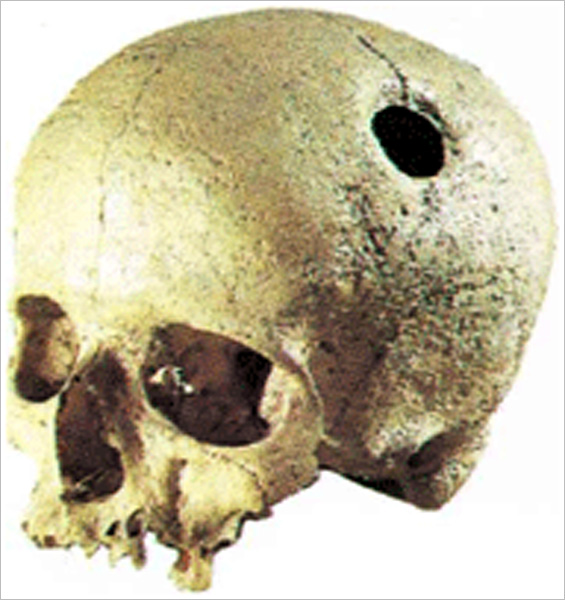 Nowhere in the world, in any other country, have they ever found so many fossil skulls with traces of surgical trepanation. The first of them is dated approximately 400 BC. Although in Europe such operations are also known for a very long time, they were not produced as often as in the Peruvian Andes, and the operation technique itself did not achieve such perfection.

In the heyday of the Inca culture, these operations have become almost commonplace. More than 90% of the patients recovered completely, led a normal life, and died, as a rule, in years and even decades. In addition, the percentage of infected wounds was very low. Surgeons-Incas knew and successfully used various disinfectants. They treated the wounds with saponin, cinnamic acid and tannin. 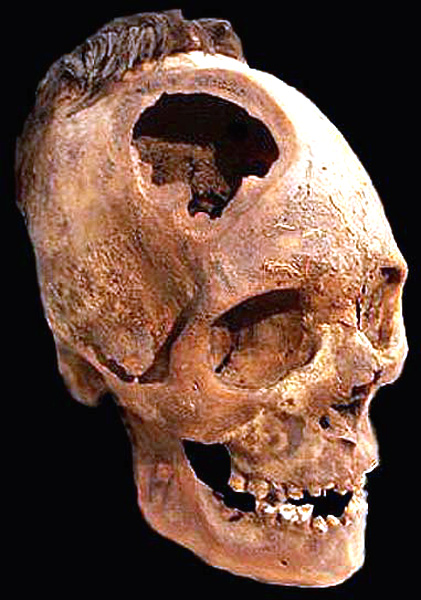 Surgeons used four different techniques of surgery: they either drilled a hole in the cranium, or scraped a hole, or sawed out a rectangular bone fragment, or cut out a rounded piece of bone (bone washer) that could be reinserted after the operation was completed. The latter method, according to researchers, was used in cases of urgent surgical intervention, if the wound was severe with obvious consequences.

Despite the achievements of surgeons, archaeologists have so far not found any special surgical instruments in the excavation of the Inca culture. The ritual copper knife was not tight enough for trepanation of the skull. Experiments of Peruvian scientists on living people, which were conducted in the forties and fifties, showed that the known Ink metals were not suitable for such purposes. 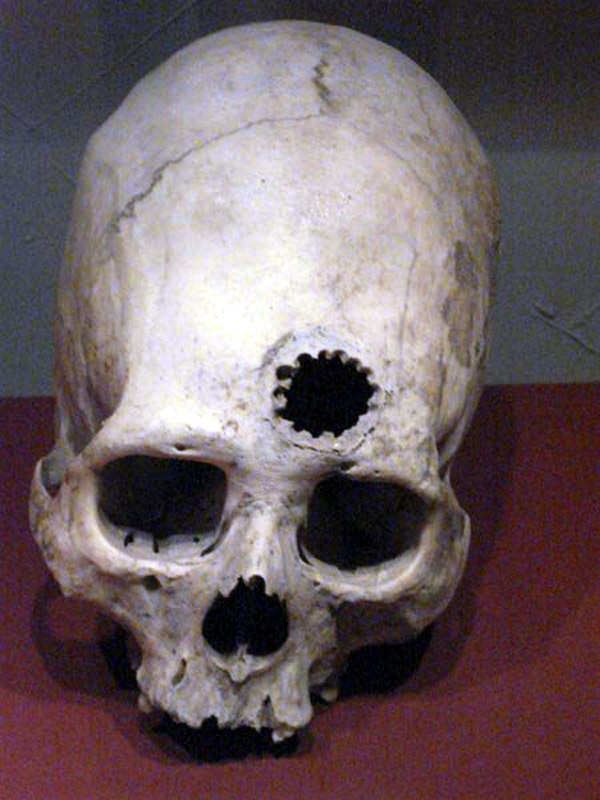 However, the basis for surgery on the skull could also be a disease not related to trauma. Anthropologists have found, for example, in some patients the signs of mastoiditis – inflammation of the mastoid process of the temporal bone. This disease, which manifests itself by excruciating headaches, can arise due to poorly cured middle ear inflammation. Headaches and dizziness often provided the basis for trepanation of the skull. In some turtles, not one hole was made, but several – up to seven.

Suture material was also unusual and was often borrowed from nature. Thus, the Brazilian Indians brought the edges of the wound together and brought large ants with strong jaws to them. When the ant grasped the edges of the wound with the jaws, its trunk was cut off, and the head was left in the wound until it was completely healed; The number of ants used depended on the size of the wound. In this case, there was a double effect: the mechanical approach of the edges of the wound and its decontamination due to formic acid, the existence and action of which the Indians did not yet know. 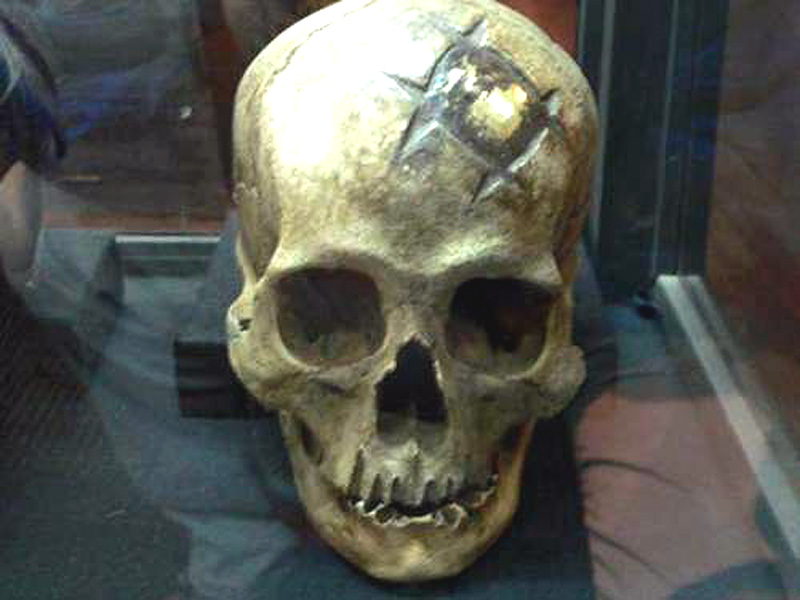 Anesthesia is believed to be common and was achieved with the use of herbal extracts possessing a narcotic effect, cactus and other plant juices; Their juices and infusions operated for several days (which struck the Spanish conquistadors of the 16th century, who arrived from Europe, who was not yet familiar with the anesthesia).

Despite the studies carried out, the trepanation of the skull in the Incas remains one of the greatest mysteries of the history of medicine. The Spaniards themselves also carried out such operations. But the Incas far surpassed the European conquerors in the art of opening skulls for medical purposes

Two anthropologists from the US conducted a study of the Inca fossil skulls and summarized all the data on the traces of surgical operations. They came to the conclusion that the nature of numerous wounds to the head made the Incas look for ways to treat precisely such injuries. As it often happened in the history of mankind, the war stimulated the development of medicine, and the Incas learned to perform trepanation of the skull in order to save wounded soldiers and even return them to active life. 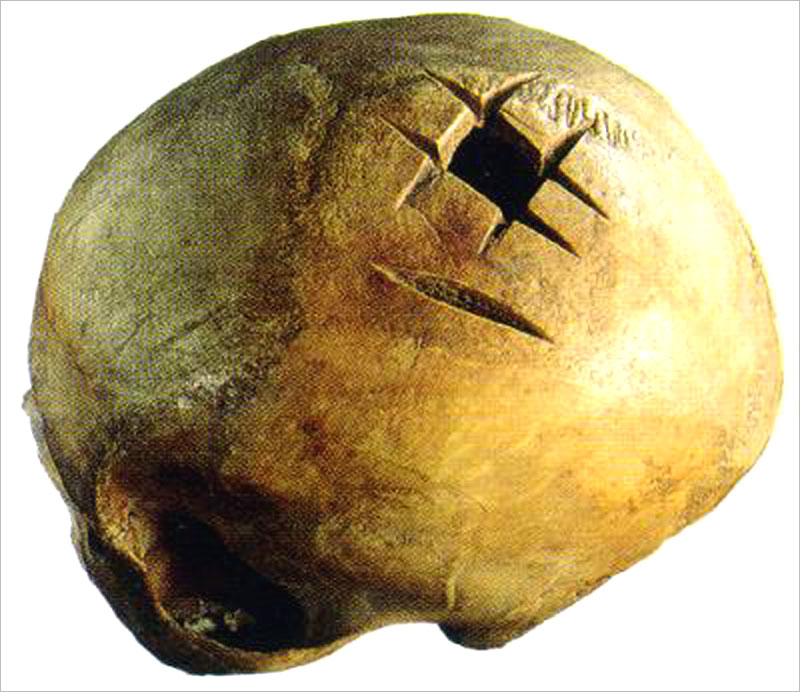 Valerie Andryushko of the Southern University of Connecticut in New Haven and John Verano of the private university of Tulein in New Orleans published an article in the journal American Journal of Physical Antropology, in which they presented the results of their research. Scientists have studied skulls extracted recently in excavations in the Cusco region, the capital of the Inca state. These findings are already detailed and carefully described.

“Although there are a lot of trepanized Inca skulls in museums, in many cases it is not known exactly where they were found, among which objects, and sometimes there is no exact dating,” says John Verano. – Of the 411 skulls examined, 16% had at least one hole from trepanation.

Striking numbers! Nowhere in the world, in any other country, have they ever found so many fossil skulls with traces of surgical trepanation. The first of them is dated approximately 400 BC. Although in Europe such operations are also known for a very long time, they were not produced as often as in the Peruvian Andes, and the operation technique itself did not achieve such perfection.

In the earliest period of the Inca history, after the operation of trephination of the skull, a third of all operated patients recovered.

“This can be seen along the edges of the bone around the hole in the skull,” says John Verano. – They are completely covered with a new bone tissue, the holes are smooth and round.