The largest ancient bridge in China 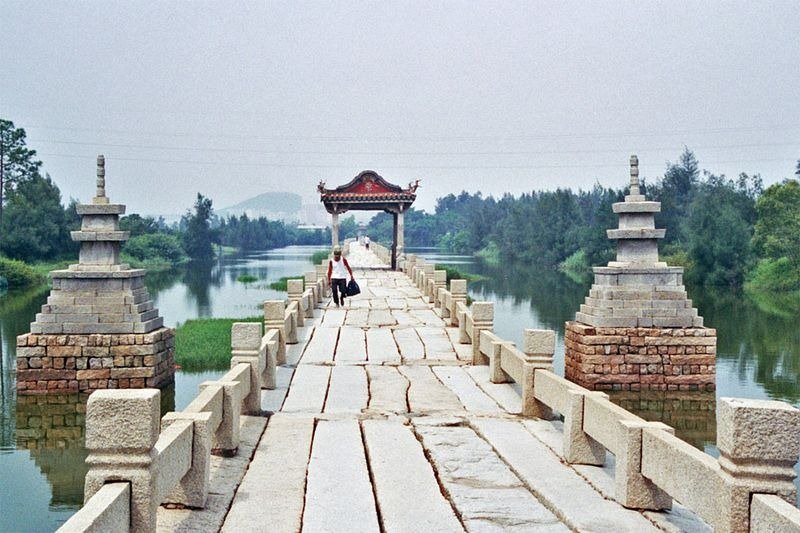 Lying along the Bay between Jinjiang County and Nan’an, West of the city of Fuzhou, the beautiful bridge of the XII century, built of large stone blocks.

Its length exceeds two kilometers, accounting for 2070 metres, to be exact. Anping bridge is the second longest bridge after 2437-meter bridge of Constantine the Great over the Danube, built in the year 328 and stood for about 40 years, which was considered the longest ancient bridge in the world. Until 1905, the Anping bridge was the longest in China.

The bridge is located in the urban district of Quanzhou, crossing what was originally an estuary of the Shijing river, which separates the town of Anhai in Jinjiang on the East side of the river from the town of Shuitou, in the County Nangan on the West side of the river. The city of Shanghai used to be called Anping, hence the name of the bridge.

The bridge was built in 1151, in the period of South song dynasty, 13 years after construction began. It consists of 331 span of granite beams resting on top of the stone supports in the form of a boat. The biggest beam weighs 25 tons. 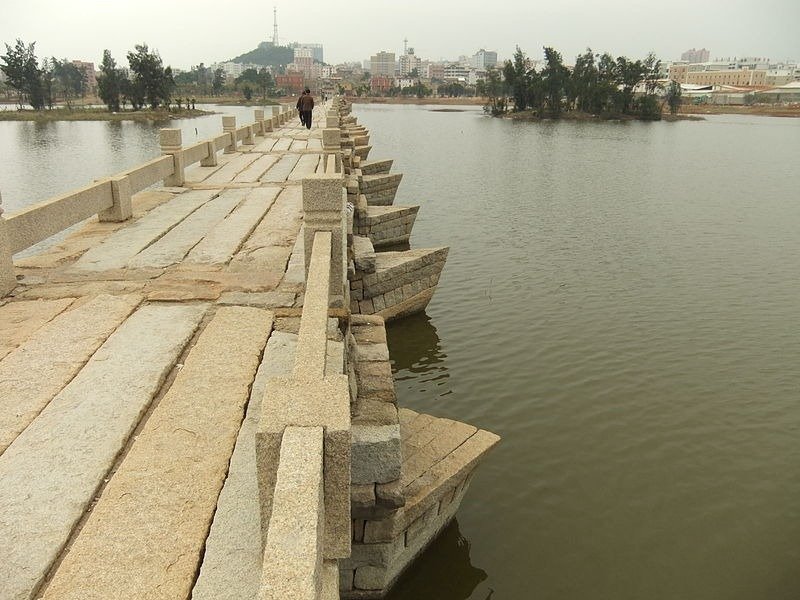 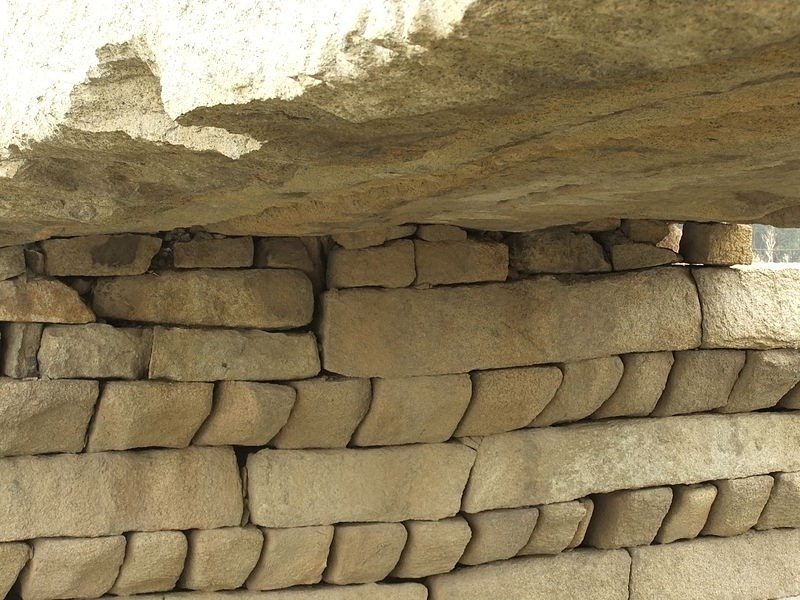 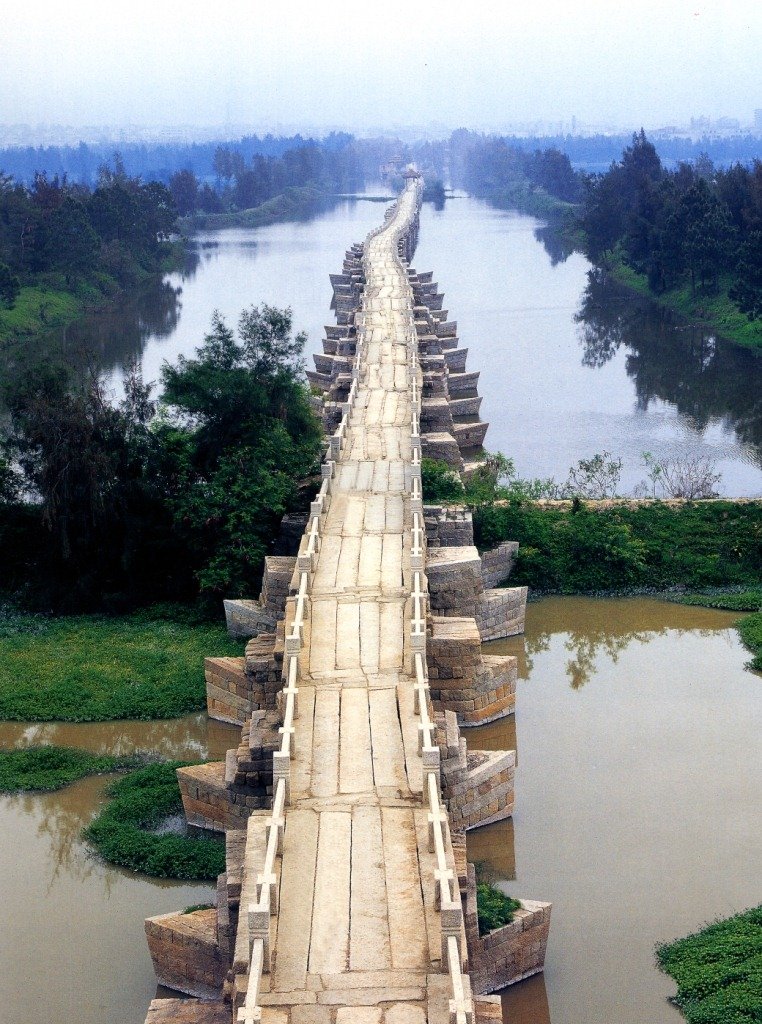 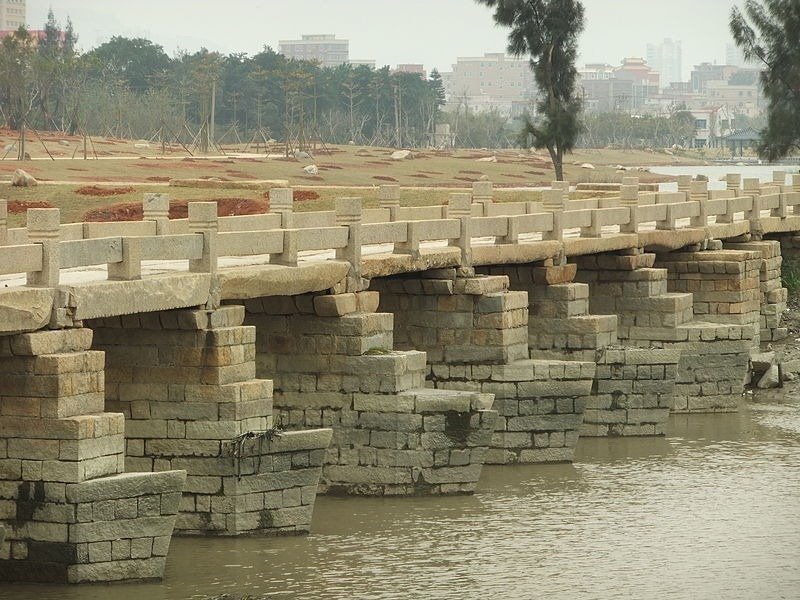 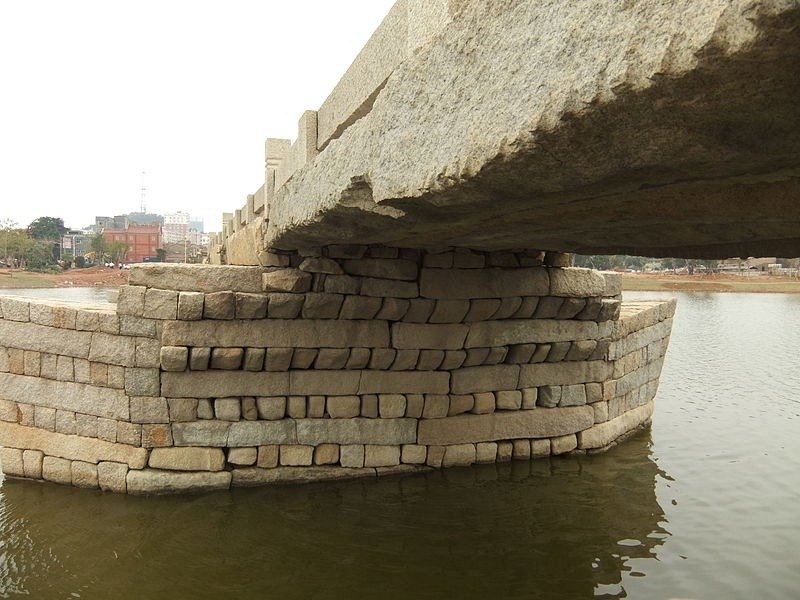 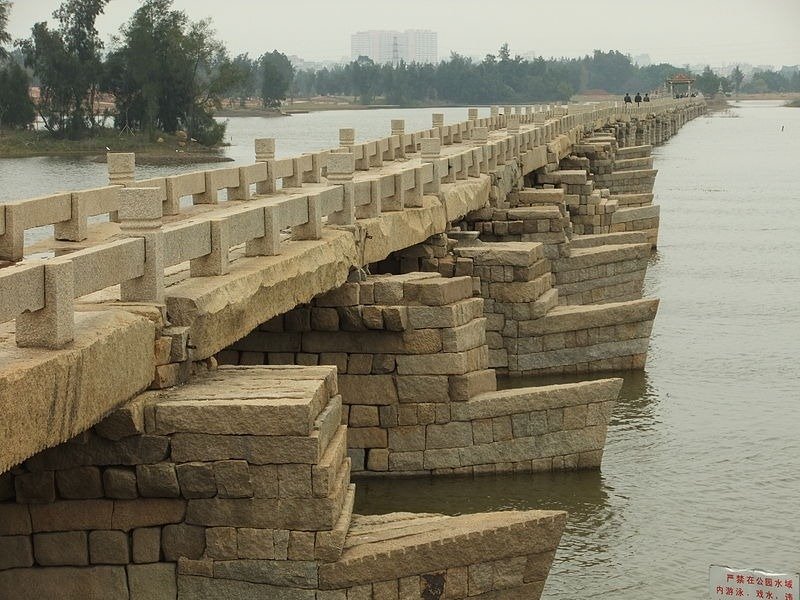 Originally, the bridge had five pavilions where pedestrians can rest, however, till our days survived only one — the Shuixin Pavilion. It is a stone five-story hexagonal pagoda with a height of almost 25 meters, which offers a beautiful view.

Originally, the bridge was 150 meters long, but because of drifts of silt in the estuary it became shorter.

The estuary of the Shijing river in this part of the most silted, so now the bridge goes through what can be called lakes or ponds, separated by wetlands. A few hundred metres South of the historic bridge Anping Shijing river crosses the public road passing by rather short bridge.

Today the bridge is a historical site protected by the state, and the area around it currently, work is underway to create parks.