The largest dinosaur in history was weight with a space probe 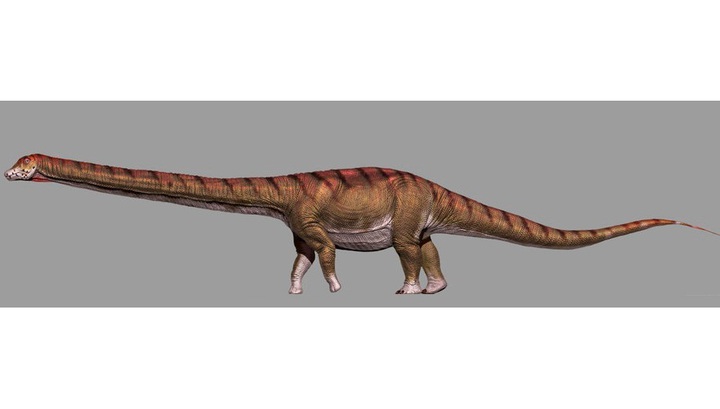 The history of the discovery of the largest ever dinosaur wandering the earth began five years ago. In 2012, paleontologists discovered in Argentine Patagonia a cemetery of ancient fossils that kept the remains of six young dinosaurs.

The fossils included the vertebrae and ribs of the dinosaurs, which were attributed to the new species Patagotitan mayorum. His representatives drove an average of about 62-69 tons, and their length from the head to the tip of the tail was more than 35 meters. And it is likely that this is not the limit, because in adulthood these individuals could reach even larger sizes.

Imagine a standard pool or seven elephants standing one after another – these were the sizes of ancient giants. They have overtaken the length of all known land animals – both extinct and modern. As for weight, it does not reach the weight of a small space probe quite a bit. 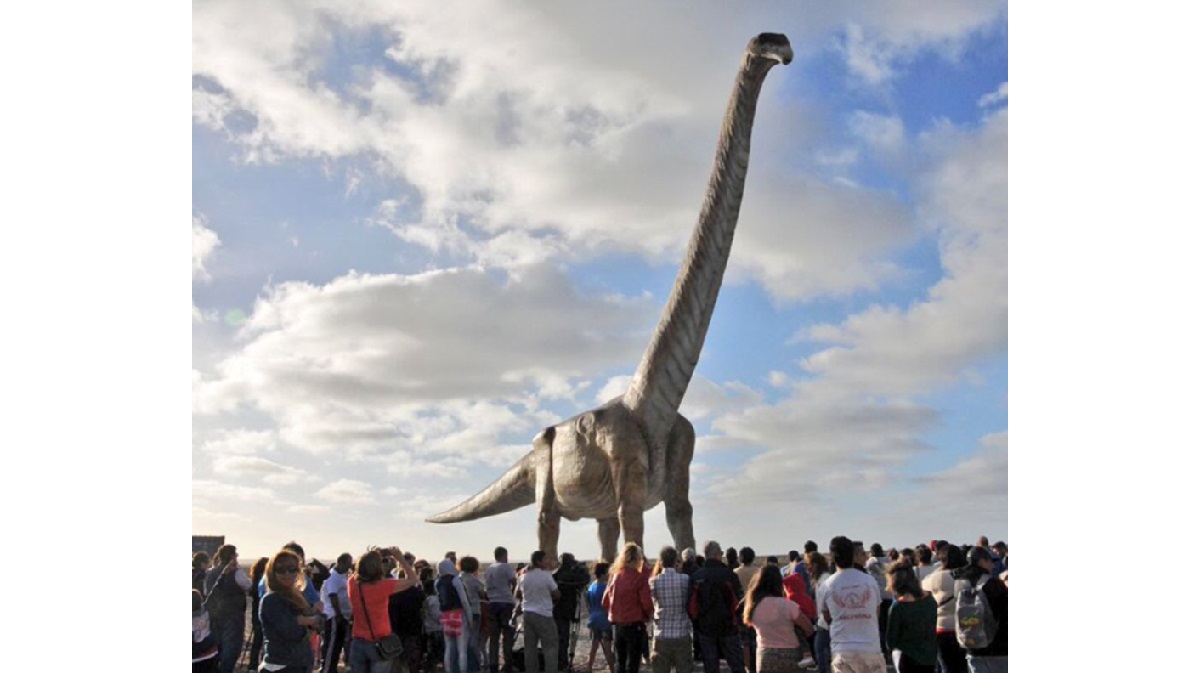 Analysis of the remains of P. mayorum showed that they lived on Earth about 100 million years ago, in the Cretaceous. They were referred to sauropods – a group of four-legged herbivorous dinosaurs. Among them stands out a group of titanosaurs, speaking, as they say, in a heavy weight. It was in her recorded a new look.

For the title of the absolute champion in terms of size, he can be rivaled only by Argentinozavr, whose length reached 35 meters, and the weight could be from 60 to 108 tons. However, many paleontologists today are confident that such characteristics are greatly exaggerated.

The reconstruction of the skeleton P. mayorum is already exhibited at the American Museum of Natural History in New York. True, he could not fit into the hall, and therefore his head sticks out in the corridor.

“The legendary T. rex and other predators look like dwarfs when you compare them to these giant titanosaurs,” said research co-author Diego Pol.

In his opinion, despite the huge size, heavyweights of the Cretaceous period did not inspire horror to their brethren. They moved slowly, to attack and to catch up was not in their nature. Hide a predator such a giant could hardly have, but it was not necessary: ​​attacking such a large enemy of carnivorous lizards just did not dare, scientists believe. But if P. mayorum himself wanted to attack a predator, he would simply blow it down with one blow of the tail and trample it with massive feet, the researchers reason. 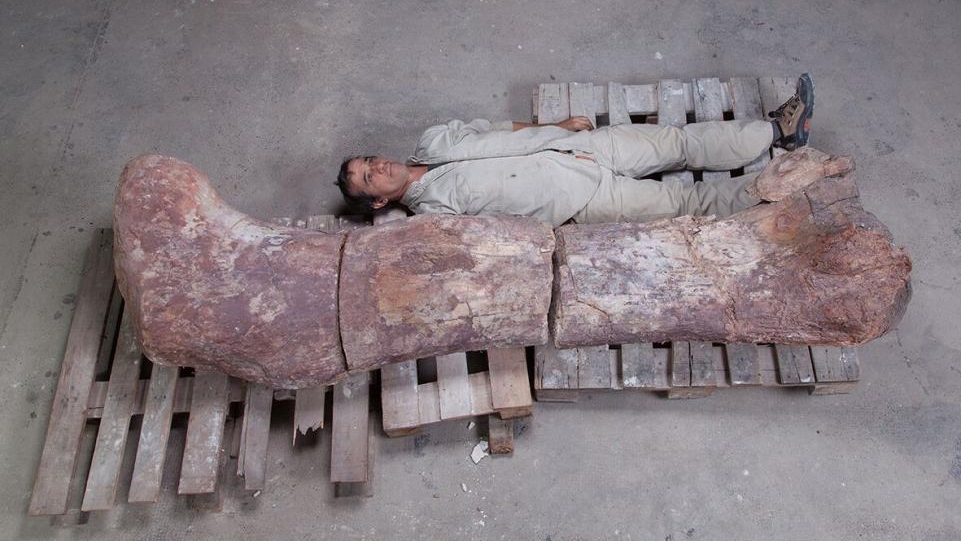 But most of all paleontologists are concerned with the question of what caused dinosaurs to grow to such a size. They assume that this is an evolutionary device, provoked by the rapid growth of plants. Before the tall dinosaurs with long necks, a “buffet” was opened: they could eat variedly, there was no shortage of food, since the climate in this region was moderate and humid.

Another mystery is why the dinosaurs died, the remains of which were discovered by the researchers. On their bones, the cause of death is extremely difficult to establish; The only clue is the fact that the titanosaurs died in a quarry that once was flooded with a river. As you know, the inhabitants of the underwater world of that time also differed in gigantic proportions, so, most likely, they were not afraid to attack P. mayorum.

More detailed information about the discovery and study of fossil giants is described in an article published in the journal Proceedings of the Royal Society B.