The largest meteorites that fell to Earth 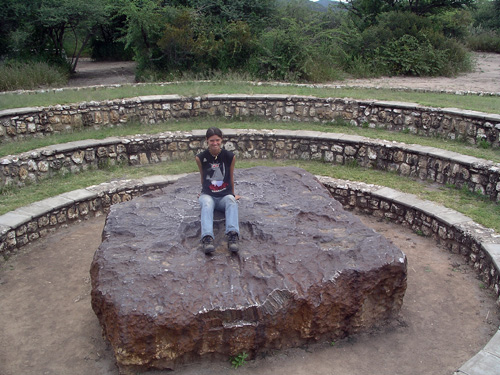 Our planet is constantly being attacked by a variety of objects that come to us from outer space. Most of them completely burn out in the atmosphere, and we call them meteors, or falling stars. Some lucky ones the size of a larger sometimes can still reach the surface of the planet, and then they can lie for thousands of years in an unchanged form. It’s meteorites.

Even larger space objects are asteroids. According to one theory, it was this “stone” 63 million years ago that erased the dinosaurs from the face of the Earth, and collisions with another, called 2012 DA14 or Duende, we happily escaped in 2013.

We suggest you take a look at the six largest known meteorites.

Willamette is the largest meteorite found in the United States. Occupies an area of ​​7.8 square meters. Meter and weighs 15.5 tons. 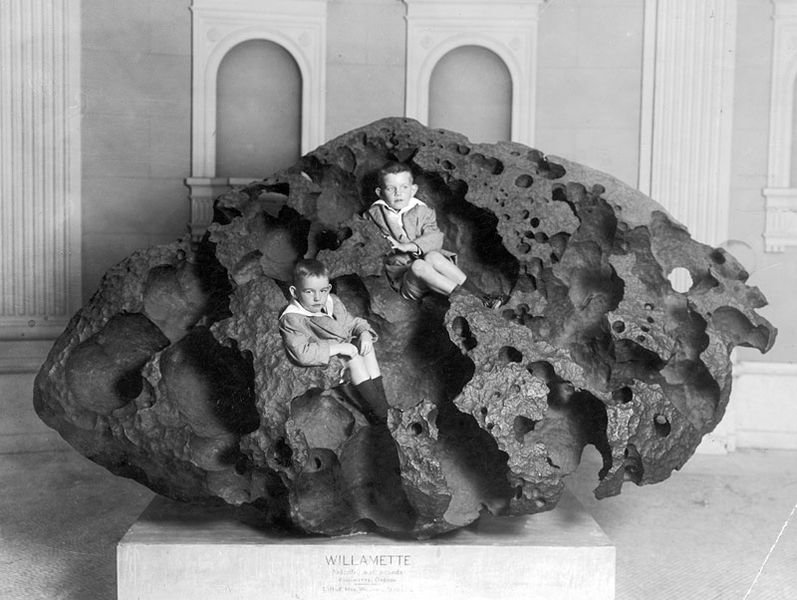 Willamette, almost entirely composed of iron and nickel, went to the American Museum of Natural History in New York in 1906. This event was preceded by a curious story: the meteorite was discovered in 1902 by the miner Ellis Hughes, who immediately realized that it was not just a stone before him, and within three months moved the meteorite to his site. However, his ruse was exposed, and the meteorite was recognized as the property of the Oregon steel company, in whose territory it was originally. Later, the meteorite was bought out by a private person and presented to the museum.

Mbosi – was discovered in Tanzania in the 1930s. Its length is 3 meters, and its weight is about 25 tons, i.е. Almost twice as much as Willamette’s weight. 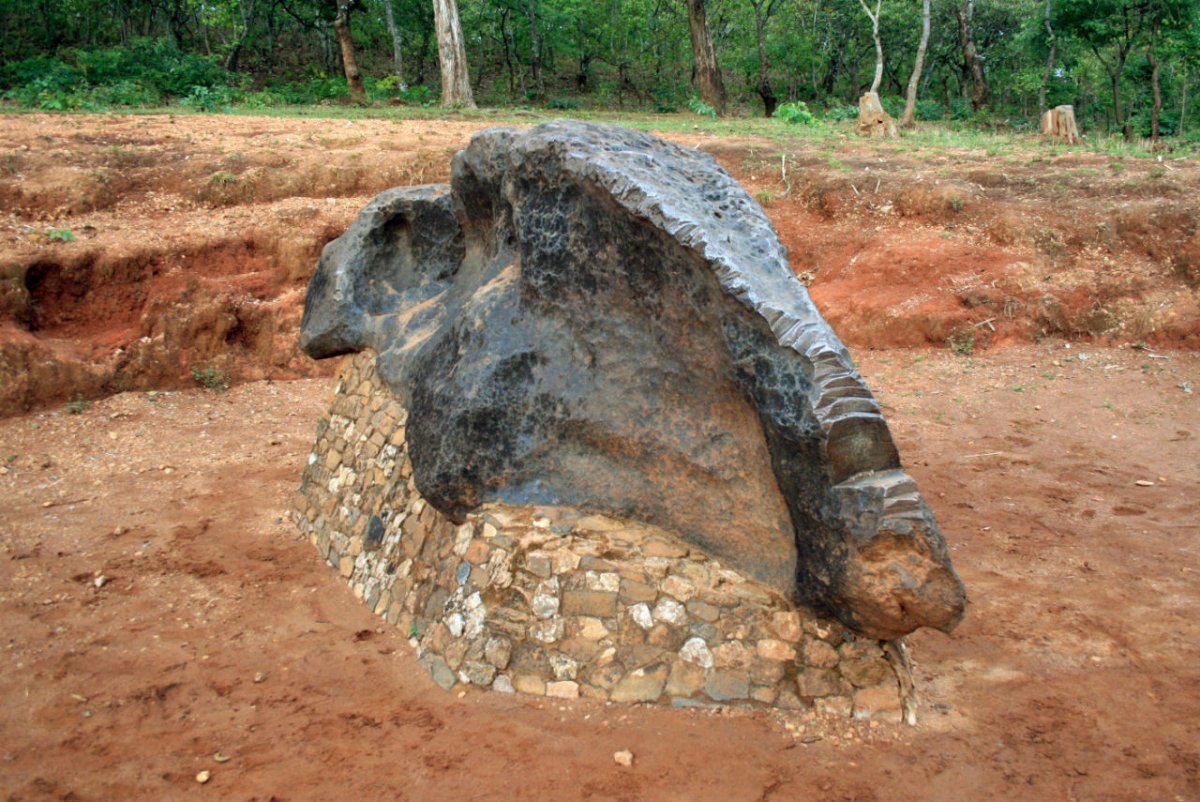 For a long time the Tanzanian tribes considered Mbozi their sacred stone, calling it “kimono”, which means “meteor” in Swahili. At the place of detection of the meteorite there is no crater, that is, after a collision, it rolled for a while on the surface of the earth. Initially, Mbozi was partially immersed in the soil, and people dug a moat around him, leaving a layer of earth beneath the stone, which later became a natural pedestal.

The third largest meteorite in history – Cape York – collided with the Earth about ten thousand years ago. 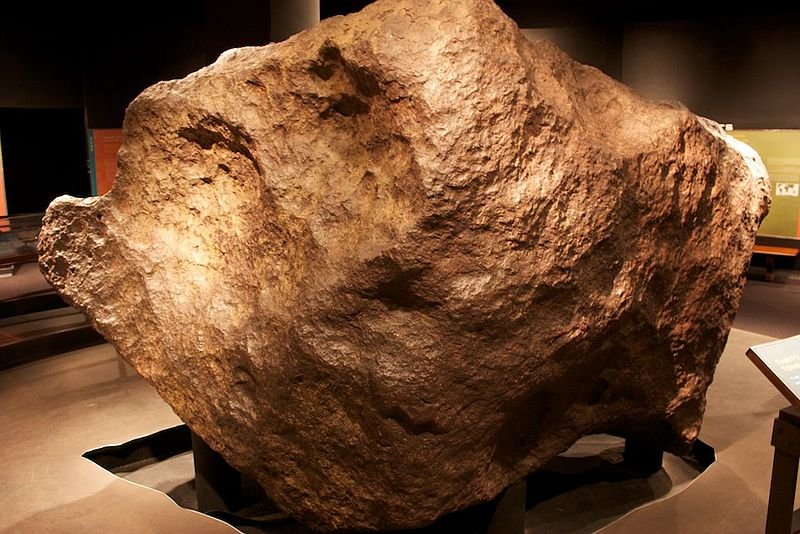 Meteorite York Cape, discovered in Greenland, consists of several fragments. One of these fragments, Agpalilik, or Man, was found in 1993 and weighs about 20 tons. Now he is transported to the Geological Museum of the University of Copenhagen (Denmark). The Inuit tribes who lived in Greenland used for a long time the fragments of the meteorite Cape York as a source of iron for their guns and harpoons.

Meteorit Bakubirito – the largest of the found in Mexico, also weighs about 20 tons. 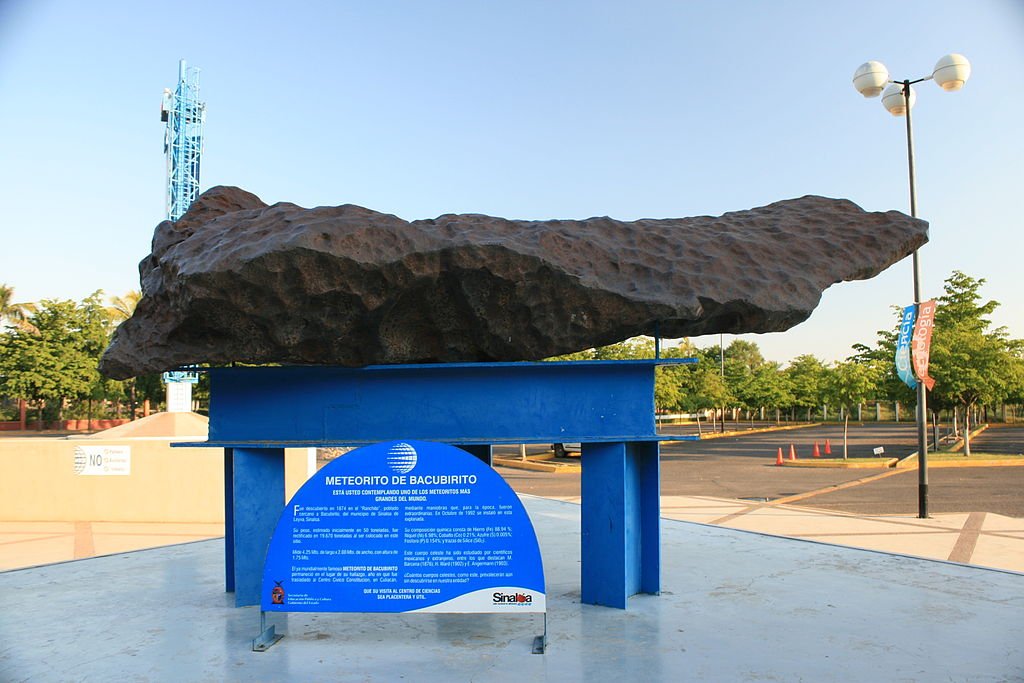 Bakubirito was discovered in 1863 near the town of Sinaloa de Leyva by geologist Gilbert Ellis Bailey, who dug it out with the help of local residents. This metallic meteorite weighs about 20 tons, and has a length of 4.5 meters, a width of 2 meters and a height of 1.75 meters. Currently he is on display at the Sinaloa Science Center.

El Chaco, the second largest meteorite in size, weighs almost twice as much as Bakubirito. And this is only a fragment! 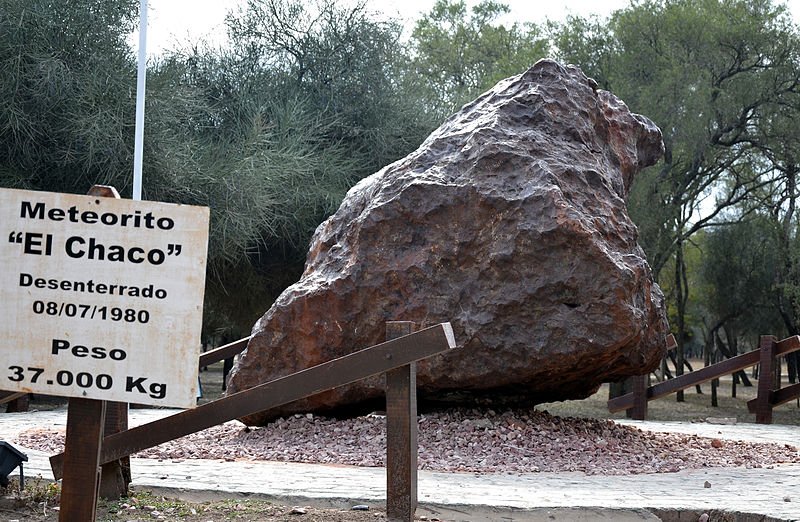 As a result of the fall to Argentina, a group of meteorites, called Campo del Cielo, formed a crater area of ​​60 square kilometers. El Chaco, one of the fragments, weighs 37 tons, ranking second among the known meteorites. It was discovered in 1969 at a depth of 5 meters under the ground with a metal detector. In 1990, a hunter for meteorites, Robert Haag, made an unsuccessful attempt to steal El Chaco, which was cut short by the local police.

In 2016 another fragment was raised to the surface of the earth; It is assumed that it is part of the same meteorite rain as El Chaco.

And, finally, the largest meteorite on the planet is a monster called Goba. He is in Namibia and never moved. 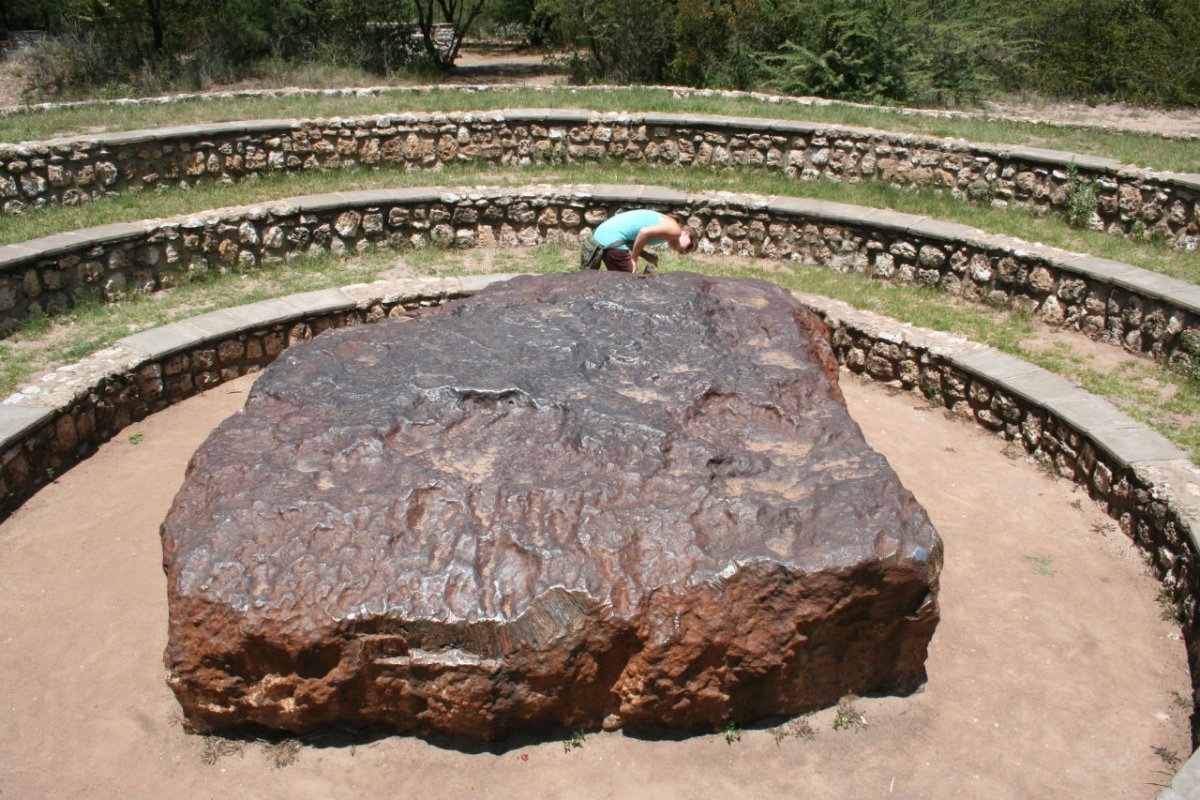 Goba weighs 60 tons, which is almost twice the weight of his closest rival El Chaco. It is considered the largest piece of iron of natural origin, occupying an area of ​​6.5 square meters. Meters. It is supposed that it fell to the Earth 80 thousand years ago and since then it is in its place due to its huge size. Strangely enough, it was never necessary to dig it out – according to one theory, the flat form of the meteorite contributed to its sliding on the surface, rather than deepening into the ground.