The main secret of Stonehenge – the stones have already been 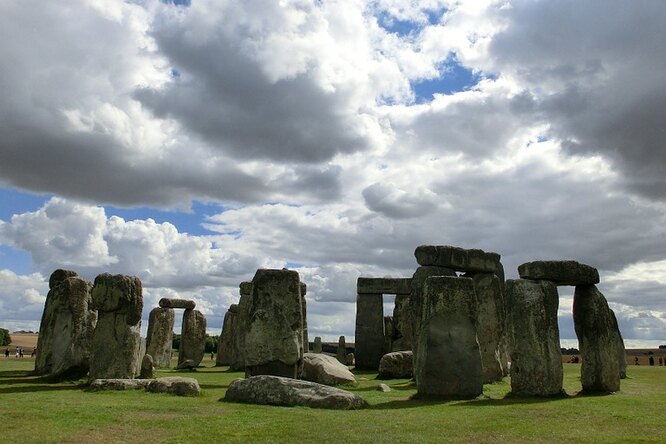 Stonehenge is a mysterious stone megalithic structure located in Wiltshire, England. So, experts still do not know exactly how and for what this strange structure was built. Perhaps now one of the important mysteries associated with one of the most famous archaeological sites will be solved.

Archaeologist Mike Pitts – one of several researchers who excavated inside Stonehenge – has evidence that the two largest and most important stones of the monument (sandstone (sarsen) boulders) may have been at this site for millions of years.

In the 1970s, it was believed that sandstone boulders weighing up to several tons could not naturally occur in the Salisbury Plain (where the structure is located). Thus, the researchers then concluded that the people who built Stonehenge had to drag all the stones from the Marlborough Downs, located 32 kilometers away.

However, Pitts, after examining two boulders – the Heel stone and the “16” stone, suggested that they were probably not moved – and they were still on the site of the monument even before the arrival of people. According to the archaeologist, there are no obvious traces of processing on these stones, unlike other elements of Stonehenge. In addition, when lined up, these boulders indicate the point on the horizon where the sun rises at the summer solstice and the sun sets at the winter solstice. Thus, it is possible, if the stones were already in place, they could play an important role for people who lived in its vicinity thousands of years ago.

Pitts also notes two large holes at the base of the boulders. At the Heel Stone, there is a recess with a diameter of six meters – according to the archaeologist, it is too large and was hardly intended as a recess for placing the stone. Pitts suggests that this depression may have been dug in order to “lift” the stone. A depression of about the same size is also located not far from the “16th” stone, the researcher notes.

It has recently been shown that remains of sarsen are found in Salisbury Plains, although they are smaller than those found in the Marlborough Hills and have a different shape. The sandstone massifs are believed to have formed in the Tertiary period (65 million to 1.8 million years ago), and then – as a result of strong weather changes – they were broken into smaller fragments.