The Martian language of Elise Muller 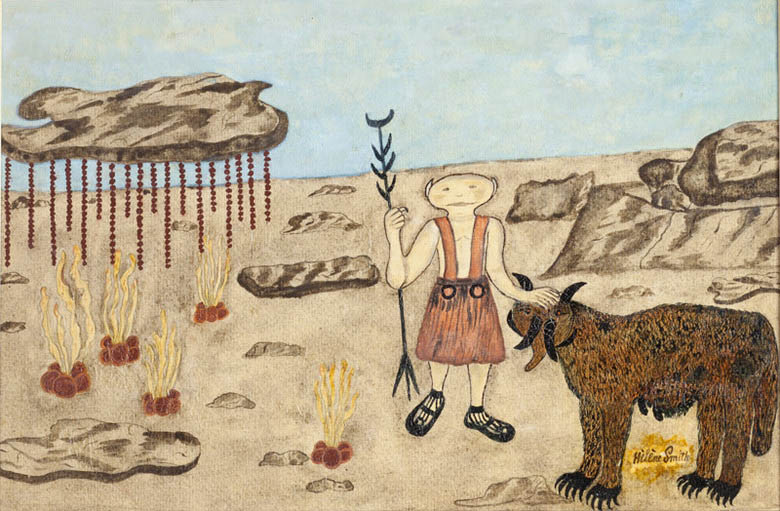 One of the most mysterious of female mediums was Helen Smith, nee Catherine-Elise Muller. This woman claimed to not just see some images, but can remember their past lives.

The girl who unlike the other Catherine was born December 9 1861, Martigny. From early childhood Katerina-Eliza was a dreamy child, kept aloof with strangers, fond of reading and drawing. After graduation she studied Commerce. It is constantly visited by visions and tormented by various fears.

At the age of 30 years she became interested in spiritualism, involved in the sessions, and shows himself a strong medium.

During the session she was transformed, falling into a trance. Her eyes were widely opened eyes directed in space or pointless wandering. At this point, dilated pupils and ELISA did not react to bright light, and his face had become a lifeless mask. After a few minutes, Eliza began to speak on behalf of checked in her “spirit” Cagliostro, Marie Antoinette, Victor Hugo and other celebrities.

Her voice completely changed, imitating those whose spirit it embodied. Sometimes Eliza spoke in a regular voice, is describing her vision. In a trance, Frau Mueller talked with one of the attendees, answering his questions. The rest of the people did not exist for her.

When Eliza was possessed Cagliostro, she stood up, straightening himself proudly, and began to speak majestically folds his arms across his chest. Her voice was loud and low as the men, and the pronunciation is similar to Italian, with its old momentum. Questions Cagliostro replied familiarly, addressing to the interlocutor on “you”.

Another “spirit”, selawsky in the medium, was an Indian Princess Simondini – the daughter of an Arab Sheikh and the eleventh wife of Prince Nayak Sevruga of the Canary Islands, which in 1401 built a fortress Chandragiri.

Before us appeared a real daughter of the East, recalled Theodore of Flournoy. – She sat on the ground cross-legged, her solemn, full of religious feeling kneeling in front of an invisible censer, reverently crossed his arms and triple bows were impressed by the inimitable natural melancholy tenderness of her songs, are free flexibility of its snake-like movements – such a variety of facial expressions, different pure exotic nature of all these movements bore the imprint of originality and ease. Involuntarily arose confusion where they could learn the woman, not knowing East.

Sessions Simondini said words and whole phrases, which nobody understood. When they were down and turned to the experts, it turned out that she was speaking in Sanskrit. Once Eliza in a trance and wrote a few words in a strange language. Connoisseurs of Oriental writing said Theodore that is an Arabic proverb: “a Little friendship is already a lot.” 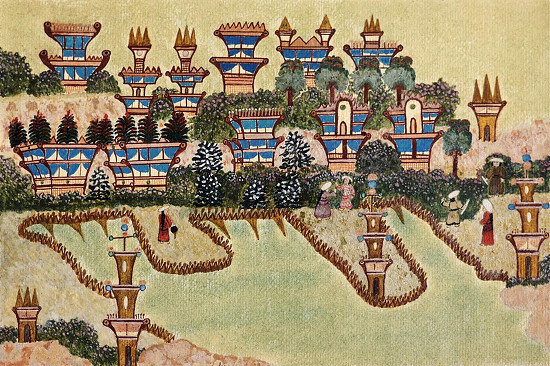 At the end of the session, declare the three knocks on the table, Frau Muller gradually came to normal state. It came not at once – it was preceded by a few short revivals, alternating with falling asleep. Came home the woman didn’t remember what happened in trance.

25 Nov 1894 in trance, Elise saw at great height a bright light. Then she felt her pumped. 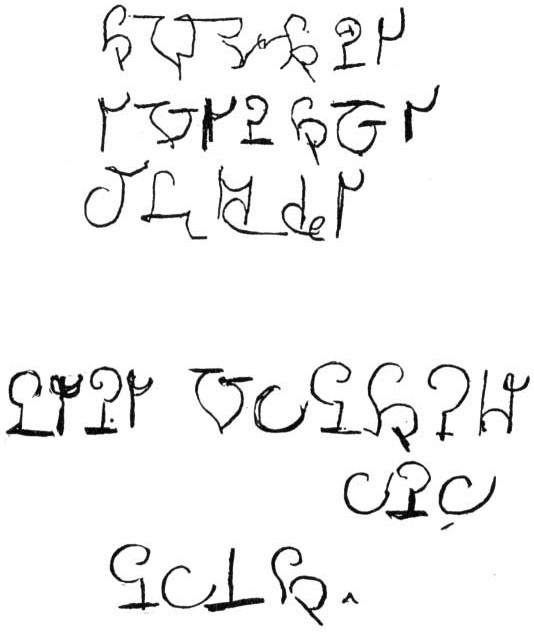 Example text on the “Martian language” as presented by Helen Smith

It seemed to her that the head was empty and she did not body. Some force was pulling her up. Then Frau Mueller saw a beautiful ball and was on its surface.

– On the planet called Mars, he replied.

Eliza began to describe my first impressions. She saw carriages without horses and wheels, which, gliding, scattered sparks flying machines, similar to carriage lamps at home with water fountains on the roof of people who spoke a strange language, and greeting, gave each other a clicking nose children sleeping in the cradle had curtains and an iron angel with open wings…

Mrs. müller almost every time the trance began to visit Mars. Gradually, she learned to speak and write in Martian. It turned out that one of the rulers of the planet, one of Astana, in a past life lived on Earth and was familiar with Simondini.

Once Eliza in society, Astana attended a local lush holiday. Dressed in a sequined dress (in her view – the Martian), she entered the large square hall, lighted at the corners of the lamps.

Everywhere were hung many ornamental plants. Among the hall was a grove, surrounded by a small shining tables. Inside they were Packed with a Jolly crowd of boys and girls hairstyles which had a back view of pink, blue or green moth.

According to mark, Astana, all were seated at tables decorated with flowers. The two men put before the Martians square plates and forks without handles. Then they served a strange looking dish, but their taste was excellent. The celebration ended with dances and songs.

Even more strange things told Eliza about visiting an orphanage Martians. In a vast hall along the walls hung a cradle, resembling a changing table. In each “cradle” the baby was lying.

Walking in the hall the Martians with Pets, with a broad flat almost hairless head and large kind eyes, as those of seals. Their big Tits were enclosed in a square the milking unit with the tube. The Martians and then stick your pipe in your mouth to the babies, feeding them milk.

In 1900 E. Smith receives financial support from some rich American woman, leaves work and takes drawing lessons. In 1903 she “is” Jesus Christ and the voice of the spirit of Leopold reports E. Smith, what’s she supposed to draw Jesus.

Since 1905, the artist creates paintings with religious content — the image of Christ and the virgin, 12 large-format works made with oil paints on wooden boards. She draws typically the fingers and palms, rarely using brushes. Performing these works, Smith remains confident that they all have a mystical origin.

In 1913, at the Congress of psychologists in Geneva Ellen says about his creative process: “In the days when I have to draw, Wake me (spirits) in the early morning, between 5 and 6 hours of loud knocking three times on my bed. I get up and go to the canvas. Two-step to it I have weird feelings and I feel this state as if asleep. Later I know I actually slept because I notice on their fingers paint in different colors and can’t remember to use it”.

Unfortunately, later in life Helen Smith is not known. She died 10 Jun 1929 in Geneva. The circumstances of her death remain unknown.