The Mayan civilization was destroyed by a global drought 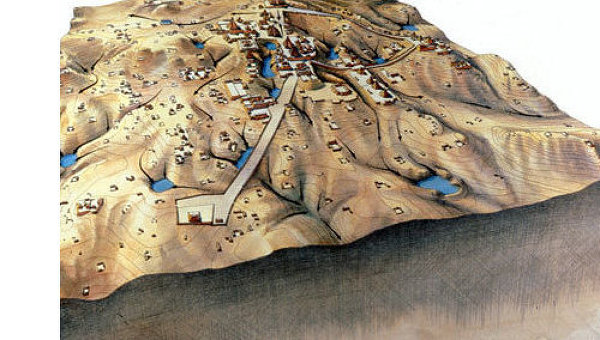 One of the main reasons for the disappearance of the Mayan cities could serve as reservoir and canal system that helped the Indians to survive short droughts and aggravated during long periods of water shortage.

Water affects the life of society, and society also affects the water. The availability of water and its reserves determine how much food can be produced, which in turn affects population growth. Conversely, population growth can influence and make changes in the natural water cycle in nature by, for example, the construction of tanks and reservoirs, ” says Linda Kuil (Linda Kuil) from the Technical University of Vienna (Austria).

Civilization of the Maya existed for several millennia, leaving many dead cities and monuments in the Yucatan Peninsula, suddenly disappeared from the face of the Earth about the ninth century BC, when most of the city-States of the Maya were abandoned by their inhabitants. The causes of this civilizational collapse are still the subject of debate among scientists.

One of the possible reasons for the collapse of this civilization as it is today according to some archaeologists, could be drought caused by climate change, overpopulation, and Mayan cities. Serious confirmation of this theory was found in 2012 during excavations at the site of Tikal, one of the largest cities of the Indians, where scientists have discovered a complex system of reservoirs and canals, indicating the importance of water in life.

Coil and her colleagues checked whether the water shortage is really one of the key factors in the disappearance of the Mayan culture by creating a computer model of a typical Mayan metropolis on the type of Tikal, inhabited by from 80 to 100 thousand people.

This model, according to the researchers, consisted of several interrelated models, each calculated with different aspects of the city, as the presence of reservoirs and the water level in it affects the survival probability of settlement after a drought, as growth in the number of its inhabitants affected the supplies of food and water, and many other things.

As it turned out, the system of reservoirs and tanks, such Tikalsky really defended the Mayan city from a short drought, but they worked only if water was in them abundantly. Otherwise, even a small shortage of water led ultimately to the destruction of the city.

On the other hand, the reservoir was not the method of salvation, and the cause of death of the Mayan cities during the prolonged drought due to a combination of different factors. In particular, the reservoir conceal the deficits in volumes of water available, so the population continues to grow uncontrollably after it step over the line at which it remains viable. In addition, the reservoir allowed the Indians to maintain their way of life and start saving water, which aggravates the problem when the water was over.

As a result, in those moments when it’s a whole string of major droughts, the cities will lose a lot more people than the village in which the reservoir is not in principle. This explains why all the major Maya cities were abandoned in the 9th century, when climate change gave rise to a series of droughts, and the smaller settlements of Indians North of the Yucatan survived.

In addition to disease, in combination with warring states, ultimately led to the collapse. However, this civilization was merely the derelict remnants of a much older civilization that was destroyed by cataclysm, which scattered the survivors to the Middle East, Southeast Asia, Northern Europe and South America. Their remaining ancient technologies and rituals were a mere shadow of the knowledge of their forefathers as many of the sciences and concepts today are the remaining shadows of a lost ancient culture and world. There truly is nothing new in the world, just replays.