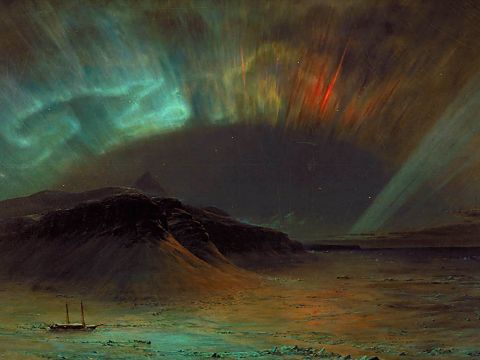 In the archives of Mexican newspapers for the first time found reports on the observation of auroras during the famous “solar superstorm” in 1859.

The geomagnetic storm at the beginning of September 1859 was and remains the most powerful in the entire history of observations. The “solar superstorm” led to a colossal coronal mass ejection, which quickly reached the Earth’s orbit and caused auroras – they were visible even in Cuba. According to some reports, they could be observed even further to the south – in Mexico, – but this has not yet been found reliable evidence.

In a new article published in the journal Space Weather, the Mexican historian Consuelo Cuevas-Cardona and geophysicist Juan Gonzalez-Esparza presented archival materials on how the people of Mexico watched the legendary “magnetic storm” of the mid-19th century. The authors give the translations of the notes found in the newspaper La Sociedad for September 12, 1859: “By one o’clock in the morning the red glow was lit in a constellation known as the Seven Goats (or Pleiades). <...> It was reflected on city walls and buildings, visibly highlighting the streets. Appearing in the north, the white streams of light expanded, resembling the rays of the sun at dawn. ”

According to Mexican newspapers of the time, auroras were observed in Mexico City, Guadalajara, Hidalgo, Guanajuato – scientists managed to find eyewitness accounts from a total of seven regions of the country. Due to the ongoing Civil War in Mexico, academic journals did not cover this event, so the reports have so far remained outside the field of vision of historians of science.