The most ancient trigonometric table is found 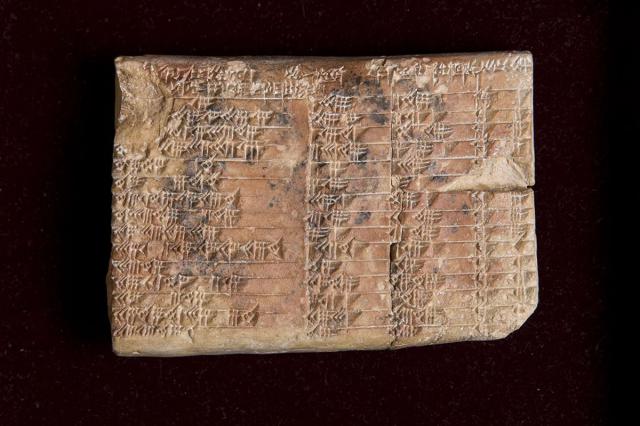 Scientists from the University of New South Wales in Sydney deciphered the Babylonian clay tablet with an age of about 3.7 thousand years. As it turned out, it contains the world’s oldest trigonometric table. The tablet was found in the early 1900’s. For the first time it was tried to read in 1945.

Previously it was believed that the first trigonometric tables were compiled by the Greek astronomer Giparh in about 120 AD. BC. He is currently considered the father of trigonometry.

A new discovery indicates that the Babylonians, and not the Greeks, were the first to succeed in the basics of trigonometry. The residents of Babylon, most likely, used their knowledge for the construction of temples and palaces, the authors of the study believe.

The plate has a length of 12.7 cm and a width of 8.8 cm. It is known under the designation Plimpton 322 in honor of its owner, American philanthropist George Arthur Pleimpton, who bought it in 1922 from an archaeologist and merchant of antiquities Edgar Banks. He found a sign in Iraq. Specialists suggested that the tablet was created between 1822 and 1726. BC, when Babylon ruled King Hammurabi.