The most mysterious shipwrecks 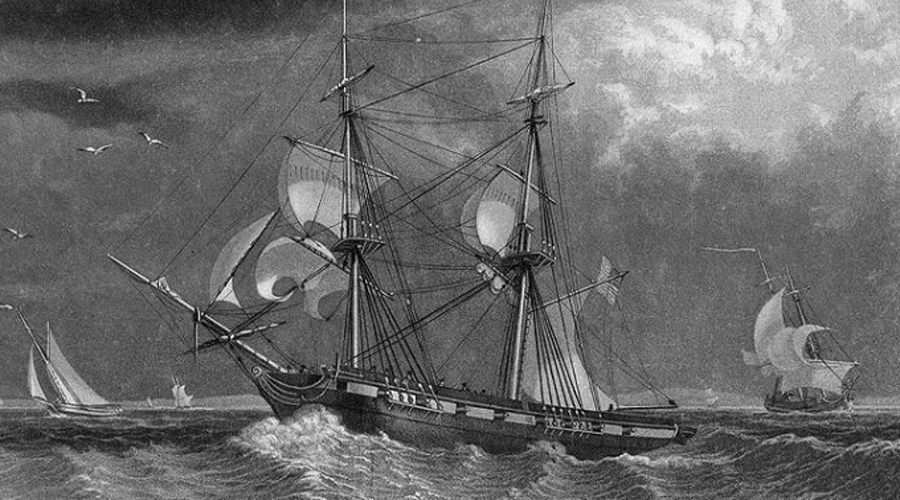 Even our enlightened age does not diminish the dangers that await the seafarer in the open ocean. Man is more versed in the structure of the Martian deserts than in the endless depths of the secrets of his own planet – and the constant shipwrecks that eloquent testimony. Here are a few mysterious disappearances of ships, which puzzle the researchers.

This ship, built in 1832, was nicknamed the “brig-chameleon”, because it carried different sailing arms on each of the two masts. In 1838, the ship went on a research expedition and even managed to get to Antarctica. Then Porpoise moved to China, where he disappeared, just two days’ journey from Hong Kong.

The British marque Wasp participated in 13 operations and by 1814 became a real scarecrow for all the enemies of the Crown. September 22, 1814 sloop boarded a merchant ship, although according to issued orders was to drown all the ships encountered by the enemy. Just a day later, the “Wasp” mysteriously disappeared right in the middle of well-known trade routes.

A huge cargo steamer was used by the company to transport furs from northern Canada. The winter of 1931 began too early and the unprepared steamer got stuck in the ice. Most of the crew managed to be saved, but the captain and twenty other crew members decided to stay on board and try to wait out the bad weather. More than these people, no one has ever seen, but the steamer itself more than once flashed a ghostly silhouette, frightening sailors in the Arctic waters.

In 1909 the passenger steamer “Varata” made an ordinary flight from Durban to Cape Town. According to eyewitnesses (a military ship “Gestar” was moving in a parallel route) strange flashes of light appeared at the ship at night, after which the ship simply disappeared. Throughout the century, the search for “Varat” was resumed several times, the last unsuccessful attempt was made in 2004.

The steel giant Cyclops disappeared on its way to Baltimore from Brazil in March 1918. On board the ship was carrying a large supply of manganese, an important product for the production of ammunition. It’s interesting that the US Navy did not even look for the missing ship with the necessary cargo for the war: one of the commanders subsequently claimed that mysterious rumors about a certain “necessary sacrifice” were circulating in the headquarters.