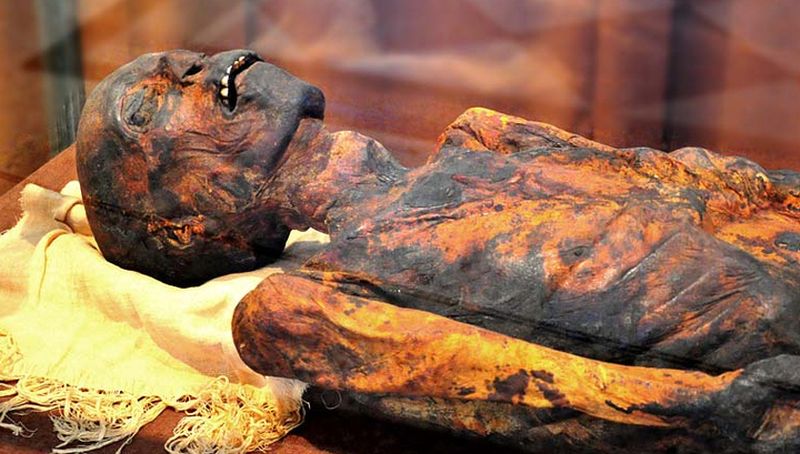 The ancient Egyptian mummy of the singer, who was kept in the Hermitage, in fact turned out to be a priest named Pa-kesh, who was also the head of the pharaoh’s gatekeepers. This was revealed as a result of a comprehensive survey of the mummy, whose age is approximately 2,5 thousand years.

The results of the survey were told by Andrei Bolshakov, the head of the Department of the Ancient East of the State Hermitage, at a press conference held on October 3.

According to the expert, unadulterated mummies are virtually indistinguishable from each other, which often leads to confusion, especially when selling. Earlier, mummies were kept in the Kunstkamera, and the Hermitage came only after 1917.

Castration Pa-cache, according to Bolshakov, is a unique phenomenon. In vivo removal of testicles was not the practice of ancient Egypt, it was also uncharacteristic for this country to remove these parts of the body and in the process of mummification.

The experts were impressed by the quality of the teeth of the mummy, which survived in the number of 30 pieces and all were healthy. Based on the degree of erasure of the teeth, experts found that the Pa-Kesh died at the age of about 35 years.

On the body of the priest did not find any decorations or amulets, except for the overlays on the eyes of the almond-shaped, which in density corresponded to bone tissue. Most likely, they were made of porcelain or faience.

In total, the Department of the East in the Hermitage stores two sarcophagus complexes. One of them, as was previously thought, belonged to a married woman named Babat, who was a singer in the temple of Amun-Ra, and the second Pa-keshu. Both complexes date from the period of XXV-XXVI dynasties (about 755 – 525 BC) and come from the capital’s Theban necropolis. Mumiyu Babat is now to be found.