The mysterious Dogon and the aliens from Sirius 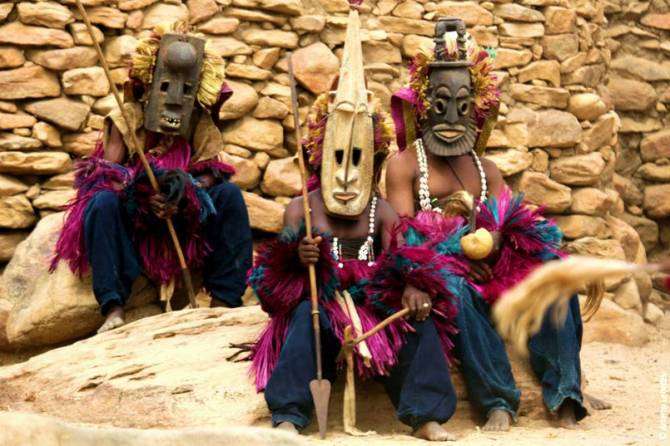 The paleocontact theory, according to which in ancient times our planet was visited by aliens from other worlds. Some researchers believe that aliens have made contact with earth’s inhabitants, giving them valuable scientific information. This hypothesis could be a subject for science fiction, if not quite a real evidence of the veracity of paleocontacts.

The Dogon live in the South-East of the Republic of Mali in West Africa. This community consists of about 800 thousand people, of whom the vast majority are Muslims, a small portion of Christians, even smaller – pagans. The Dogon have their own languages and its rich history. Other civilizations on dogankoy culture affected a little. This is understandable, since they live in remote areas, where the conquerors and the missionaries could not get into. On the origin of the Dogon is little known. Their ancestors settled in Mali in the X-XII centuries, displacing other tribes and partly adopting their traditions. Strictly speaking, the Dogon are not much different from many other tribes of the region.

But what, then, draws the attention of ufologists and astronomers? And the fact that, being rather backward African tribe, the Dogon have a remarkable knowledge of the constellation Canis major. To realize the depth of knowledge of the Dogon, learn their beliefs.

The heavenly Creator in the religion of the Dogon – Amma first Amma was just a void that existed outside of space and time. In addition to this emptiness there is nothing, yet Amma opened his eyes. His idea “came out of the spiral”, and our world began to grow rapidly – this idea, according to some researchers, is a mythological version of the Big Bang Theory. God the Creator created Nommo, the first living creature. Soon it was divided, and part of him rebelled against Amma. Against the will of their Creator, Nommo (or rather, his “breakaway” part – Oh) has built a ship and after a long journey down to Earth. Amma did not forgive the disobedience and in the end decided to destroy his rebellious child: according to local beliefs, the Nommo came to Earth during the “firestorm”. Allegedly, thanks to him the Dogon gained valuable knowledge about the Universe.

The mythology of the Dogon is closely connected with Sirius – the brightest star in the night sky, part of the constellation Canis major. Sirius is 22 times brighter than the Sun and, according to legends, it is the birthplace of the God Amma.

An indispensable attribute zagonski rituals. They guessed characters from myths and legends. For example, there are masks, represents the God Amma. By means of drawings on Dogon masks transmit its history to other generations. I must say that in zagonski masks there is nothing mysterious, because similar cultural traditions exist in many African Nations.

In the myths of the Dogon of Sirius is described in the double star just like in the views of astronomers. Around Sirius A (- zagonski Sigi Tolo) rotates invisible white dwarf Sirius B (logoscom language – Tolo). Nowadays scientists are sure of the correctness of this interpretation. That’s only if Sirius And we can observe with the naked eye, Sirius B can be seen only through a telescope. White dwarf was discovered only in 1862, and how did the Dogon know about it – is unclear. But that’s not all: the Dogon “know” that the period of rotation of Sirius B is 50 earth years (according to modern astronomical data – 51 years), and every half-century feast Whitefish, marking the “rebirth of the world.” A normal match? But the Dogon know that Sirius B is a white dwarf – the star, they even represent a stone white color.

Surprisingly, according to zagonski priests, around Sirius And rotates another star – Sirius With (this is the symbol). Officially its existence is not yet confirmed, but in 1995, astronomers Duvet and Benest reported that he observed Sirius C. Perhaps Sirius C exists and is a small star.

It is believed that in addition to knowledge about the star Sirius, the Dogon in ancient times also had information about the structure of the Solar system – for example, they were aware of the rings of Saturn. In addition, they divided the heavenly bodies into planets, stars, satellites etc. the Dogon believe that on other planets, are people, too, although they are different from us.

All these knowledge is known through the book “the Pale Fox” French anthropologist Marcel Grill. He and his colleague Germain, Dieterlen studied dogankoy culture for over twenty years. The hypothesis that contact with extraterrestrial civilizations put forward by other researchers. One of them was, for example, author Robert temple, published the book “the Mystery of Sirius”. In the second half of the twentieth century public attention was also drawn to the work of the French astronomer Eric Garre, in which he persuasively argued the veracity of the idea of paleocontact.

It is known that Marcel Grill had a long conversation with several Dogon who have access to secret knowledge. One of the patriarchs – the Dogon named Agnolo – described Grilu the basis of the system of traditional beliefs. Subsequently, the words Agnolo complements other noble Dogon.

Zagonska ideas about the structure of celestial bodies is far from a strictly scientific understanding. Their knowledge of Sirius are part of their traditional beliefs and are closely intertwined with myths. To indicate the movement of Sirius B around Sirius A, the Dogon did sketches. It could be figures, posted on the ground or inscribed on the stone. About Sirius folded, and oral traditions. In one of zagonski ritual songs there are such words: Road mask is Digitaria star (Sirius B), this road is like Digitaria.

In any case, this translation has insisted the French anthropologist Marcel Grill, the knower of subtleties zagonski adverbs. But there is an alternative, literal translation of these lines, which completely changes their meaning: Way of the mask is a straight vertical, this road goes straight.

Before our time came the artifacts of the Dogon depicting the trajectory of Sirius A, Sirius B and Sirius C. If the artifacts really represent the heavenly bodies, to explain their origin is anything other than paleocontact is almost impossible.

Some researchers tried to explain the mystery of the Dogon, without resorting to the “alien” versions. But these attempts sometimes only the more strengthened the position of the hypothesis paleocontacts.

Take, for example, widespread version of ancient telescopes. It is known that the Dogon had contact with the ancient Egyptians. In theory, they could inherit the astronomical knowledge from them. Another question – was there anything to inherit? Even if we assume that the ancient Egyptians had primitive telescopes, they are still not allowed to see Sirius B: it became known about it only with the advent of modern equipment.

Another version says that the Dogon could have… his own telescope. However, in this case we are talking only about natural phenomena that can replace the optics. There is an assumption that water rotates with a constant speed in a confined space, under certain conditions, could form a giant concave mirror and allowed to see reflected in her heavenly body. Supposedly so you can see the stars that are hidden from the naked eye…

Sirius is 8.6 light years from the Solar system. Mention of this brightest star in the night sky features in the myths of many peoples of the world. So, the indigenous people of New Zealand believe that this star is the personification of the Supreme deity, Rehua the wisest beings in the Universe.

No less strange hypothesis States that the Dogon had a unique vision that allowed them to see Sirius B. Indeed, a trained eye can distinguish objects at a considerable distance. But in the case of Sirius B even the sharpest vision will be powerless.

In General, if you believe the words of Marseille Griolya, the Dogon not only knew about the existence of Sirius B, but also about its orbit, mass and density. Not to mention the knowledge of the African tribe relative to other celestial bodies. to Explain all this some ancient devices or physiological characteristics of the Dogon, it is impossible.

In our time the concept of paleocontact has evolved from a bold idea in almost a scientific hypothesis. For the first time about the possibility of visiting the ancient Land by aliens seriously talking Konstantin Tsiolkovsky. But later the researchers found evidence of paleocontact in cave paintings, clay figures, and oral folk art of different peoples of the world. 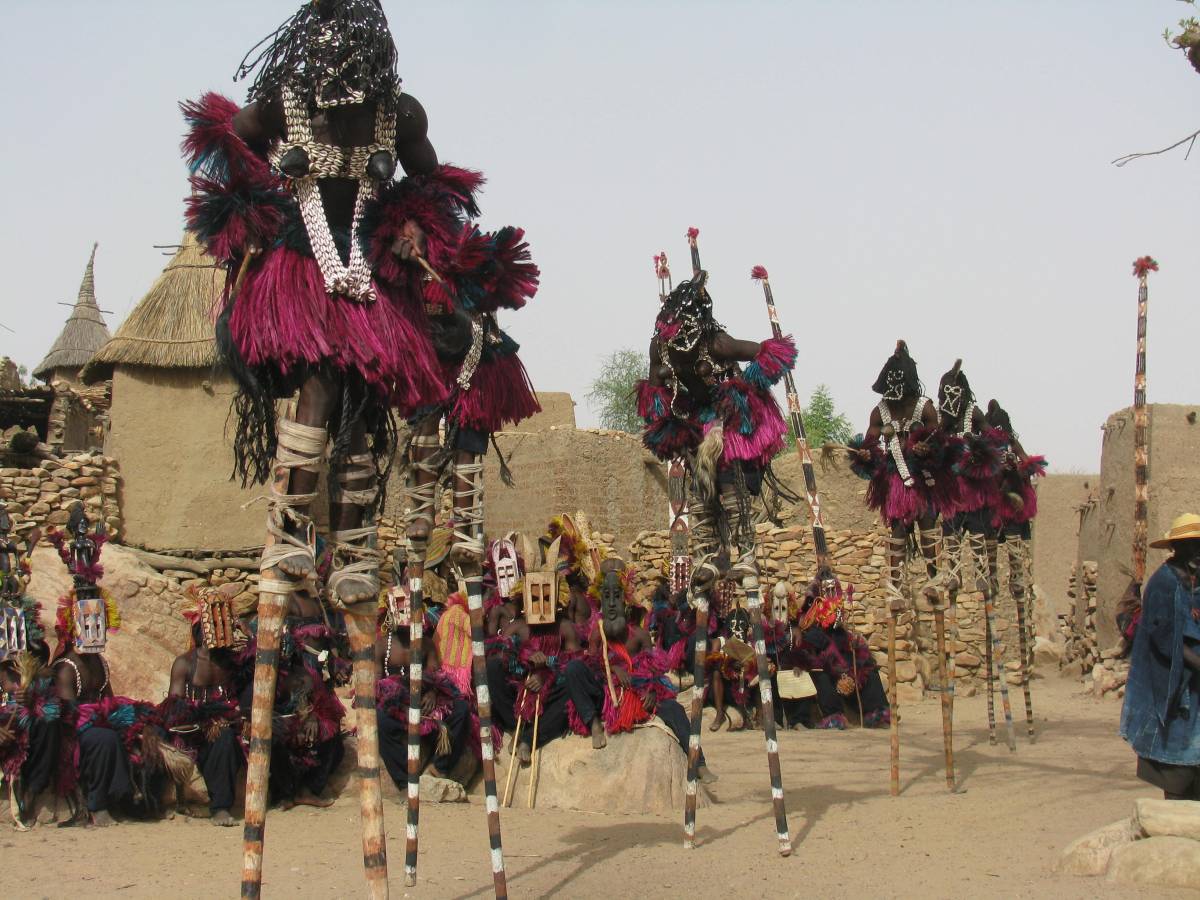 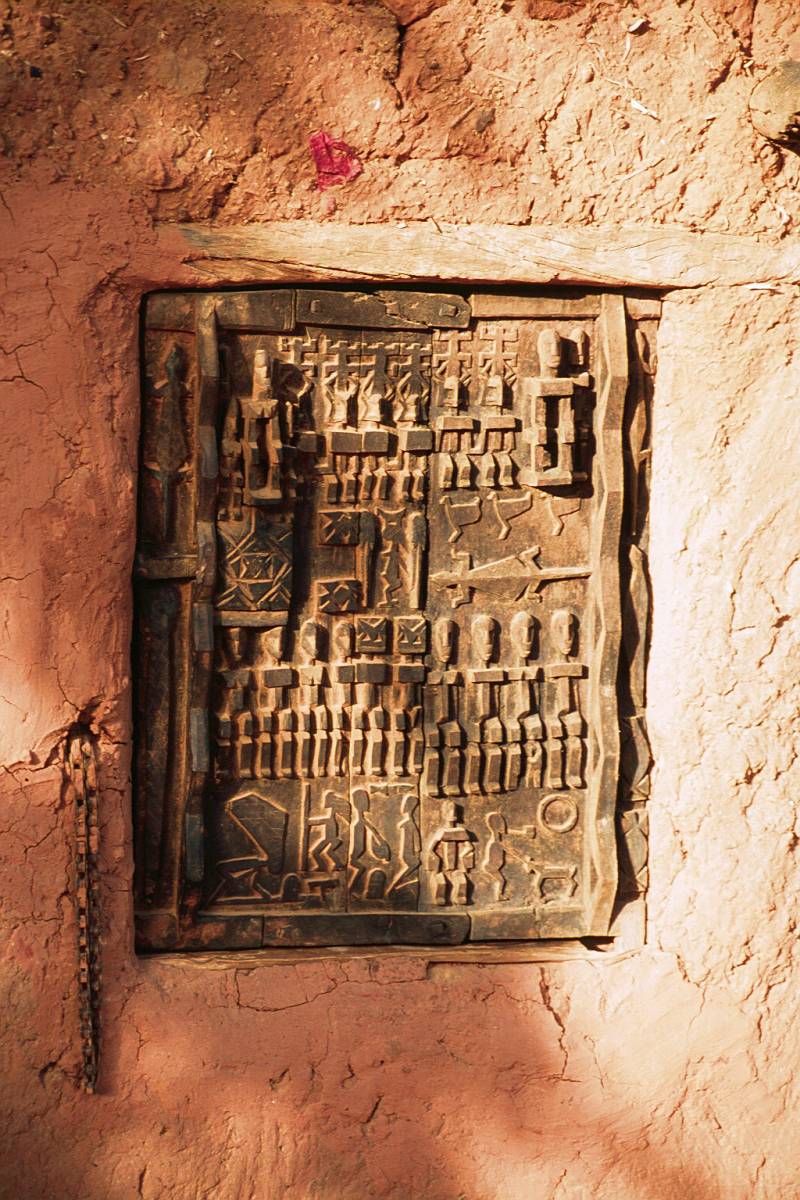 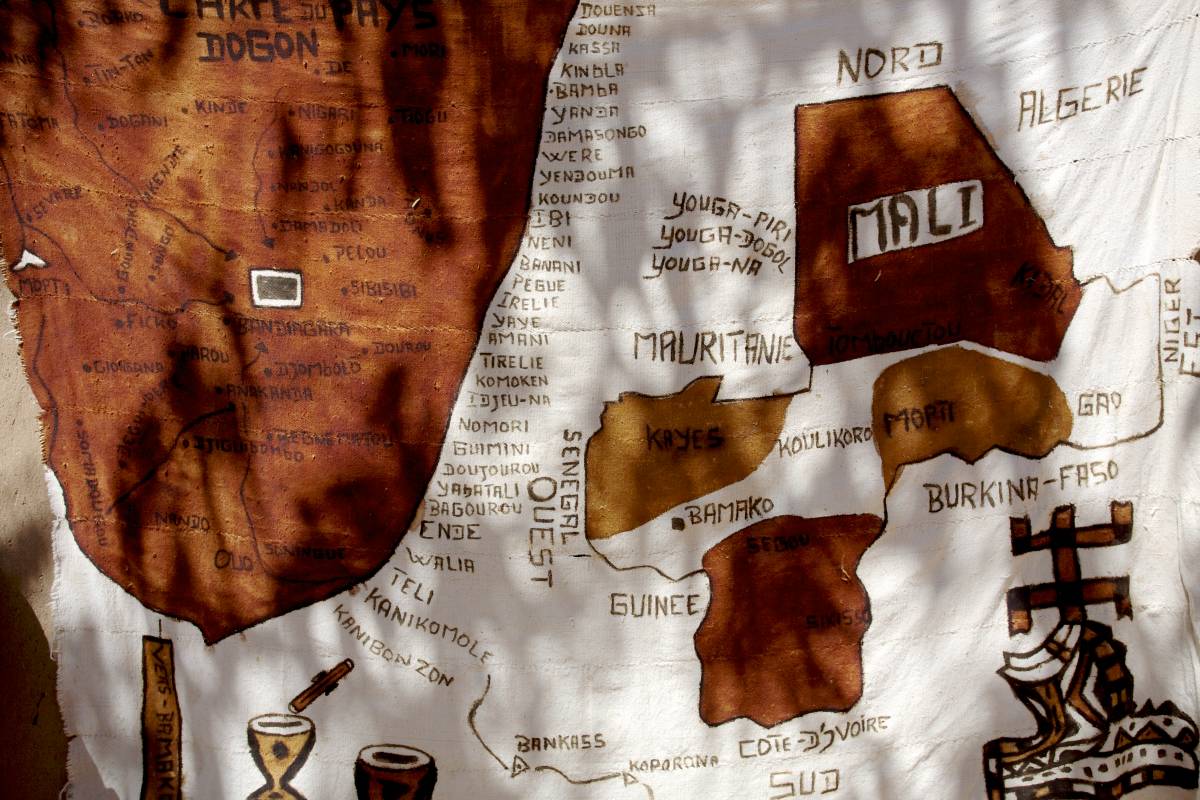 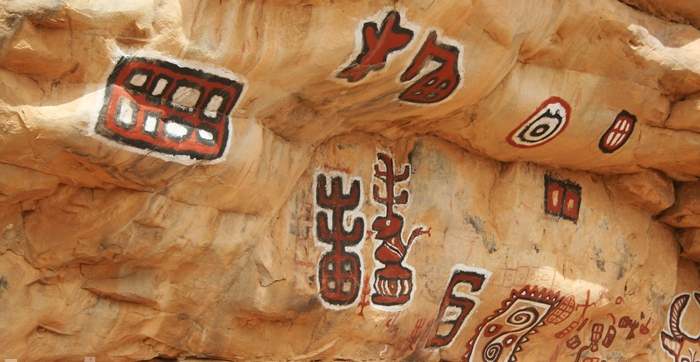 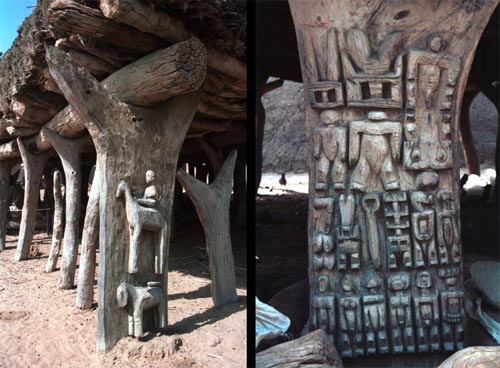 Based on the available facts, we see that in some astronomical matters, the level of the Dogon even surpassed modern. Where they got this knowledge is a mystery. It is not known even in some of the villages are the main tangible evidence of this knowledge. The main interest is, of course, the data about Sirius. In one of zagonski mythology tells of consisting of three stars in the system. According to the Dogon, the third star (so far unknown to science With Sirius) revolves around Sirius A for a longer trajectory. Official science has long recognized the idea of the existence of Sirius C, but then the scientists observed x-ray emission of Sirius, and it became clear that the third star may exist.