The mysterious “Land of Sannikov” 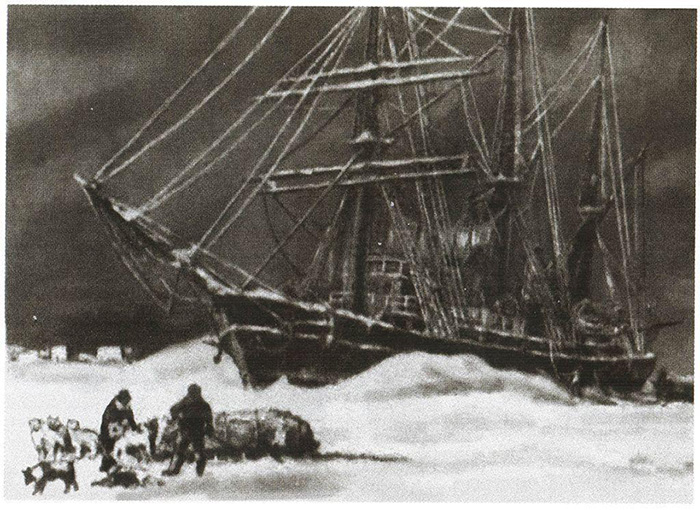 Many years ago in Russia there was a popular film “The Land of Sannikov”, created based on the science fiction novel by Vladimir Obruchev. Few of the admirers of the writer’s work know that his main activity was science, and he brought the idea of ​​the novel at the beginning of the 20th century from an expedition to Yakutia.

It was there that the writer from the locals heard a beautiful legend about the flowering archipelago of islands, lost in the boundless expanses of the Arctic Ocean. In support of their words, the Yakuts pointed Obrucheva to flocks of birds flying north toward the ice hummocks of the Arctic.

The aborigines believed that the Onkilon tribe, which the scientist later described in his book, went one day after the birds: the great shaman “showed the people the way to this land.” In 1924, Obruchev completed a novel, published in 1926 under the title “The Land of Sannikov, or the Last Onkilons.”

The writer did not even suspect that this region was known to the ancient Greeks under the name of Hyperborea. It is about her as the ancestral home of the Hyperboreans and all of humanity is mentioned in some ancient spiritual treatises.

However, despite numerous attempts, it has not yet been discovered by anyone. However, it is possible that this group of islands was not a legendary Hyperborea at all, but rather a Lomonosov Ridge, which had once been plunged into the Arctic Ocean. However, it is not necessary to build guesses, it is better to turn to the real events of the past.

It turns out that in Russia there really lived an industrialist and merchant Yakov Sannikov. As an experienced businessman he sought to find suppliers of cheap furs. Having traveled a lot of northern islands, once in clear weather the merchant saw far, far away on the horizon a certain land.

Not hovering ice hummocks, namely the blackening peaks of the mountains of unknown land. On the question posed to local residents, that this is seen in the distance, the merchant received a strange answer. He was told that this is really the land, but there is no way to get to it.

Vexed Sannikov not once tried to get on the mysterious land, but in vain. Each time, his dog teams, having retired a good distance from the mainland, were forced to turn back, faced with ice hummocks and broad polynyas.

Finally upset, the merchant wrote letters telling about the new land, to Moscow and St. Petersburg. The researcher suggested that the mysterious land may not only be a group of islands, but even a small continent with a warm climate.

To everyone’s surprise, the Russian Academy of Sciences favorably treated Sannikov’s note, as he had previously discovered two unknown islands – Stolbovoy and Fadeyevsky.

I must say that everyone who came in contact with the secret land of Sannikov fell under its mysterious charm and believed in its existence without reservation. The first in practice tried to check Sannikov’s guess Admiral P.F. Anjou.

Members of his expedition also saw on the horizon outlines of unknown land, hired local people from dog sleds and set out on their journey. However, they, like Yakov Sannikov earlier, suffered a failure: they rested on ice hummocks, behind which was a wide polynya, which made the polar explorers turn back.

At the same time, the curiosity of the researchers warmed the stories of fishermen and sailors about mysterious land. The researchers claimed that as they approached the pole, it became much warmer.

In 1900 a large expedition was sent to an unknown land. It was headed by a geologist and traveler Eduard Vasilyevich Toll. The trip lasted three years. Thanks to his remarkable organizational skills, Baron Tolle collected a group of experienced polar explorers on the schooner “Zarya” and together with them went from St. Petersburg in search of a new land.

Soon the travelers actually saw on the horizon the outlines of the earth, but could not get to it. Unreservedly believed in the positive outcome of the case, the baron did not lose heart, he threw a schooner and on dog sleds, like many of his predecessors, went on a quest.

It was supposed that Zarya would take travelers two months later from Novy Island. However, the schooner was trapped in ice, sharp ice flaked its board and formed a serious leak. “Zare” had to return to the port of Tiksi, the nearest to the accident site.

Toll began to search only a year later, in 1903. On his quest was sent to the future Admiral Alexander Kolchak. The rescue expedition arrived on the island of Bennet, to which Tolle had previously traveled by dog ​​sledding.

There Kolchak discovered the winteryard polar explorer in excellent condition. It seemed that people just left him for a short time to return soon. But neither Toll nor his assistants were found. Maybe they found the treasured land and settled on it forever?

It would be strange if the search for an amazing land did not continue in the 20th century. Moreover, the researchers have many new opportunities. But even today there is no more clarity in this matter than at the beginning of the last century. 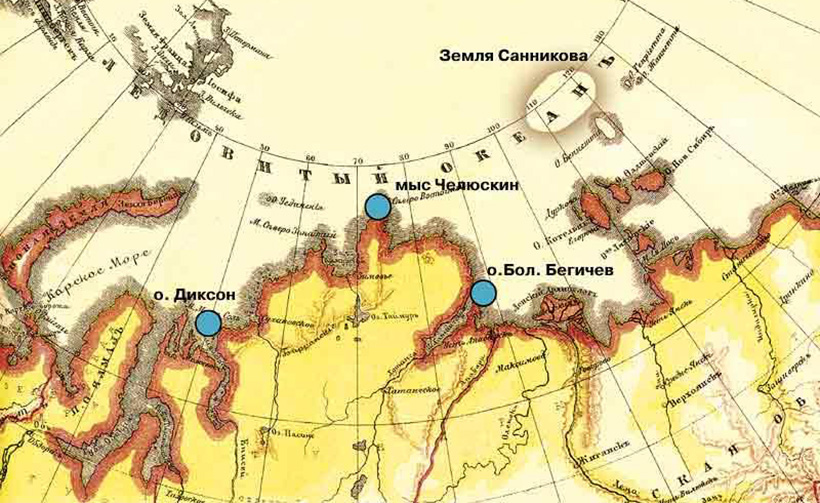 When the author of this article personally talked with one Rear Admiral, who commanded the nuclear submarine in the Northern Fleet during the Soviet era, he unequivocally made it clear that there are still a lot of blank spots in the Arctic.

The islands can both appear, suddenly rising from the water, and fall into the ocean. Nothing more specific the admiral could not say. The latest research, during which the Sannikov Land could be discovered, was conducted in the 1930s by the Sadko icebreaker.

The vessel carefully studied the Arctic near the Novosibirsk Islands, where Sannikov saw the outlines of his Earth, but to no avail. In 1937, at the initiative of Academician Obruchev, even aerial reconnaissance was carried out, but she did not give anything either, as were the satellite images taken later.

So, there is no Sannikov Land – it’s a fact. But what about the statements of Yakov Sannikov and Baron Tall, who saw the outlines of an unknown land? Where could the legendary unknown land evaporate?

The first version is rather prosaic. It is possible that the land, which was actually observed by both sailors and inhabitants of the northern islands, gradually sank under the water. Only, it is unlikely that she managed to do this for 30-50 years, although on the Novaya Zemlya archipelago there is an island that annually loses up to 20 meters of the coastline.

It is easy to calculate that in thirty years he will lose more than six hundred meters, but he will not disappear altogether. And on the Sannikov Land, as the aborigines and polar explorers assured, there were black mountains. This means that the island with the mountains needs more time to immerse itself in the sea forever.

However, scientists who study optical phenomena assure that near the large continents and large islands, the so-called fusion band sometimes appears. Often such mirages are seen in the Laptev Sea near the Novosibirsk Islands, just where Sannikov first noticed his land. It is likely that the land that Sannikov saw was a chronomir, a ghost of the once existing sushi.

The second version, actively discussed by lovers of mysticism, is parallel worlds. Indeed, physicists have already proved that these worlds exist, and some of them even come into contact with each other through some “rabbit holes.”

It is possible that the followers of this version, Sannikov Land, as well as Winland from the Scandinavians, Dilmun among the Sumerians, the Island of the Blessed on the Greeks, are nothing else than worlds manifesting in our reality due to the curvature of space.

In our time, the active process of melting Arctic ice has begun. This phenomenon has many disadvantages, for example, the flooding of a number of coastal cities around the world. But on the other hand, when the Arctic ice descends, humanity will know for sure whether the Sannikov Land actually existed and whether it had relation to the legendary Hyperborea.