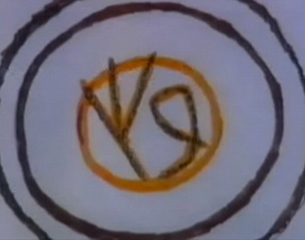 In the safe one old lady living in South Africa, kept the stone sardonyx, which she is ready to give Israel 225 million dollars. Amount fabulous, but in Israel still contemplating the stone may be from the temple of Jerusalem.

A careful examination of the stones you can see two letters, which, according to Professor Moshe Sharon of the University of Haifa that correspond to the letters Beth and cuttinge of the Hebrew alphabet. The Jews used it from ancient times up to the Babylonian exile in the sixth century BC and in later centuries only occasionally.

But the interesting thing is that these letters are not carved in stone, but are inside it. Experts who managed to see the stone and hold it in her hands, insist that the stone was never cut. Who, how, when and why you drew these two letters?

According to family tradition, this stone was passed down from father to son for thousands of years in the family Yells. The founder of the clan was a knight-Templar, who supposedly gave this stone in Jerusalem in 1189. But since we know that the crusaders took Jerusalem by storm, cut cleaned all whom they found – both Muslims and Jews, in “the gift” slightly hard to believe.

Well, let’s say, found somewhere… anyway, the stone seems to be kept for a thousand years in the family Yells, one branch of which moved about 200 years ago in South Africa. At some point, the stone has not passed to the son and daughter, so his current owner does not carry this surname. Now, their family history has it that this stone is part of the apparel of the high priest of the Jerusalem Temple.

Unlike ordinary priests, who serve in the white linen garments the high priest wore a few more clothes. One of them was the ephod, or some kind of apron, or rather a vest. On his shoulders he fastened two large stones, called in the Torah, Shoham, on which were written the names of the tribes of Israel. The front was worn the ephod Choshen, the breastplate with 12 stones, too, for each of the tribes.

What and in what order it was written on the stones, is discussed in the Talmud. And Shoham on the bib was the same – he met the tribe of Joseph. And what is all that Shoham, according to medieval commentators, it’s just the sardonyx is the variety of onyx.

Those few scientists who had access to the mysterious stone, include the time of manufacture to the VI century BC or before. Turns out, he can stay even from the time of the First Temple, built by king Solomon in the tenth century and destroyed by the Babylonians in the sixth century BC. Any discovery associated with this building is quite special emotions. 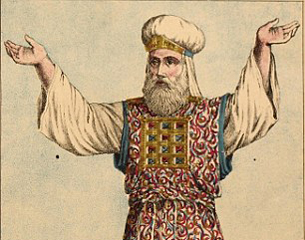 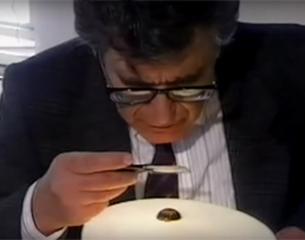 First, according to our tradition, the First temple was far beyond the Second power of the mystical experience. They say that when returned from Babylon, the exiles built the Second Temple, the youth was glad, and old men who remembered the First Temple wept at the sight of this “degraded copy”. Second, from the First Temple really isn’t much left.

About little that was left of the building, we’ll talk later, what happened with the sacred utensils? In large part, no doubt, claimed the Babylonian invaders, some of them went to the Persian kings. There is a story, for example, that the Persian king dared to use on your feast the Golden vessels from the Temple. Whether something or all of them went to the smelter? Who knows.

Of the subjects who were in the Church, superior to all the significance of the Ark of the Covenant. It was a wooden box measuring approximately 80 by 80 by 130 inches, covered with gold inside and outside. On top of it was covered with a lid of solid gold with figures of angels. But mostly it was certainly not gold plated and its contents – the tablets of the Ten commandments received by Moses on mount Sinai. Is it possible to find it?

According to several testimonies of the Talmud, the sacred Ark fell to the invaders. For decades before that righteous king Josiah, foreseeing the destruction of the Temple hid the Ark and, possibly, something of the sacred utensils – in underground caverns, going deep into the Temple mount.

According to the book of Maccabees, the Ark just before the destruction of the Temple hid the prophet Irmiyagu, and not in the depths of the Temple mount, and on mount nebo, which now belongs to Jordan. But even more exotic version of offer us the Ethiopian Christians. They are convinced that the ark of the Covenant is not lost, but is at them and consider it their main national Shrine.

According to their version, it is kept in the Church of “virgin Mary of Zion” in the city of Axum in Northern Ethiopia. This “ark” is almost never shown, except for the responsible priest. And the priest supposedly has to be changed frequently, as communication with the “ark” dramatically shortens the life of a Minister. Copies of this “ark” are kept in every Church in Ethiopia.

It’s hard to say whether there is a core of truth in Ethiopian legends, linking the arrival of the Ark to Ethiopia with the name of Menelik I, the semi-mythical founder of the dynasty, which was supposedly the son of king Solomon. But it is interesting to note the following. Ethiopian legend tells that the Ark was two. And now, of course, they and less present remained in the First Temple.

Now, the fact of the existence of two ARKS reflected in our sources. In the collection of Midrash Yalkut Shimoni cites the opinion that at the time of the Judges, that is, until the construction of the Temple, there were two Ark of the Covenant. Single, with intact tablets were kept in the Tabernacle, and the second, with the tablets that Moses smashed after learning about the sin of the Golden calf, the Jews took with them on the battlefield.

It should be noted that in the excavations of the city since king David Professor Gurfinkel and I recently found a subject that, in his opinion, served a copy of the Ark and stored in a local urban sanctuary. So it is possible that these copies were even many.

One way or another, but in the construction of the Second Temple in 516 BC the Ark was gone, and his place – the Holy of holies of the Temple remained empty. The famous story of how the Roman conqueror Pompey was shaken to the core, when you broke into the Holy of holies and found the void in the heart of the Jewish worship.