The mysterious valley of balls in Kazakhstan 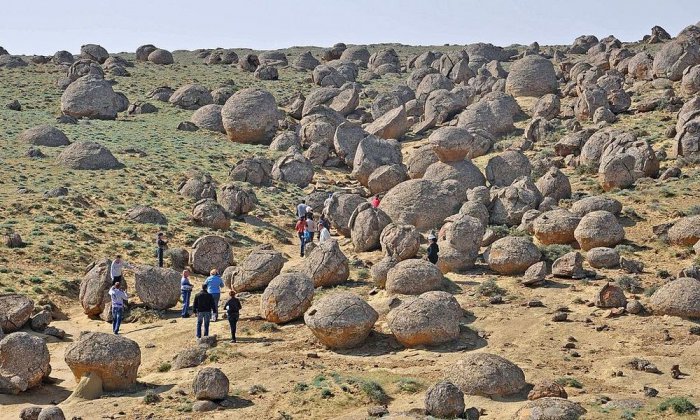 Scientists can’t find a clear explanation of the appearance of this extraordinary place in Kazakhstan. Balls valley on the Peninsula of Mangistau is one of the key attractions of the region. 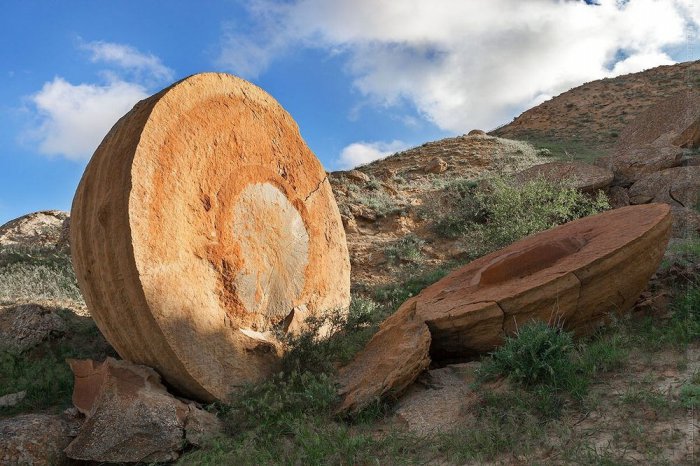 There are several main versions of the origin of such quantities of stones spherical shape in one place. But each of the theories has its flaws, so definitely something to say no one is taken. Stone balls have different sizes, but most of them are in diameter about three to four meters. 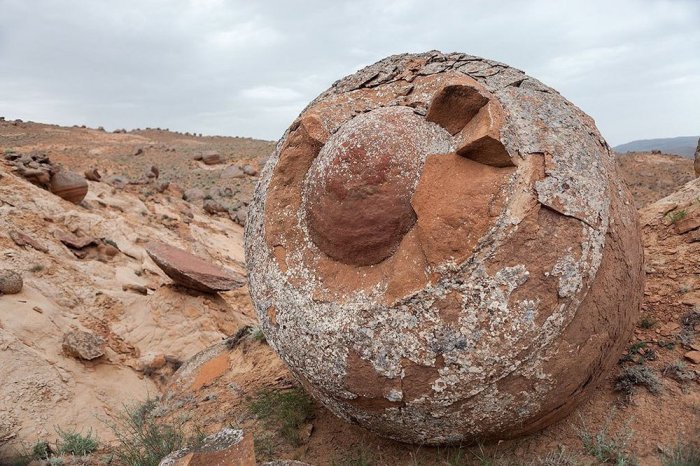 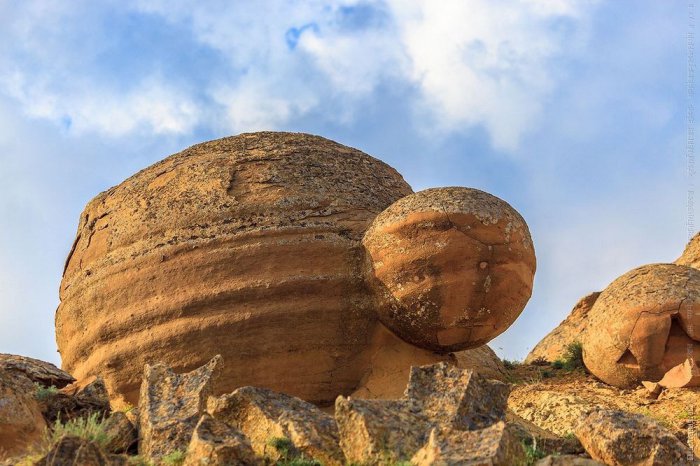 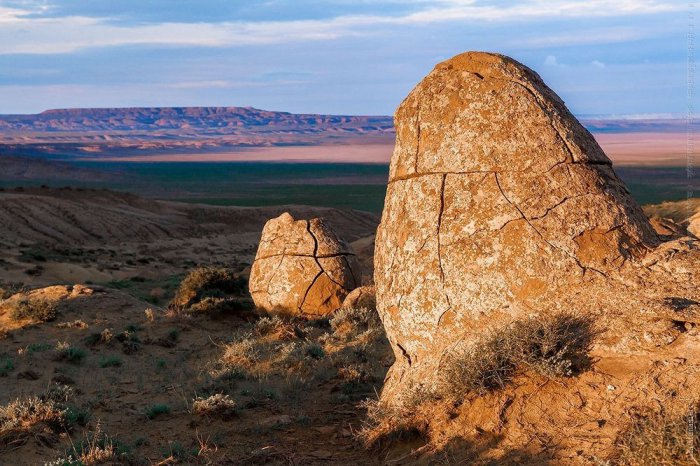 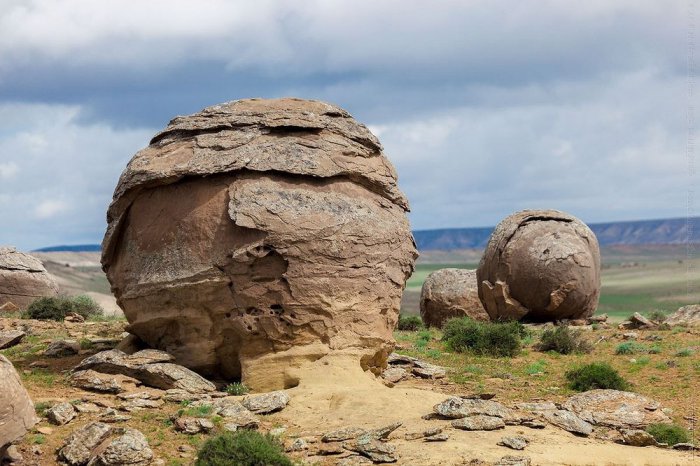 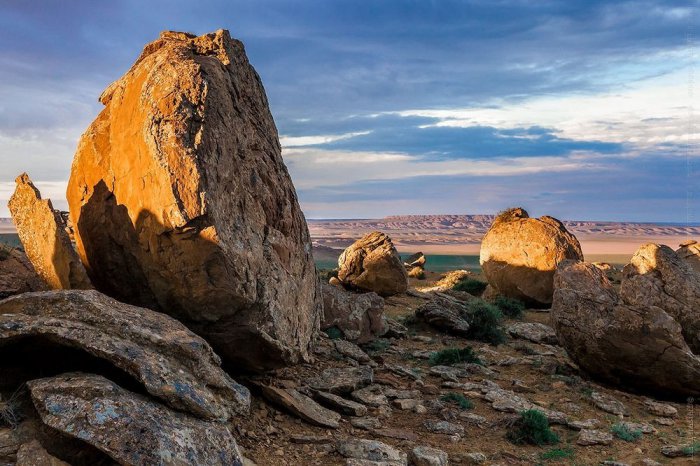 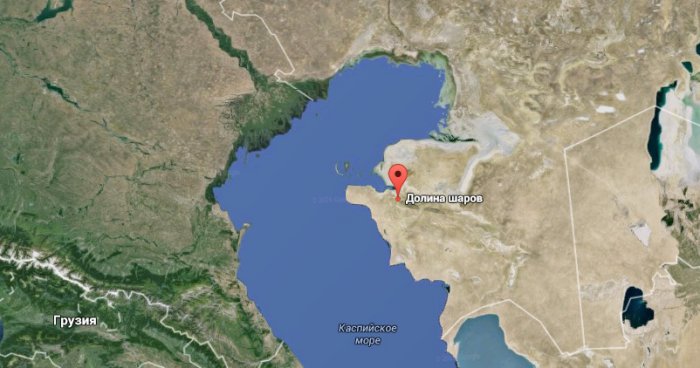 However, the most logical explanation of the emergence of such spheres can be considered version, which is used for other similar places. Sedimentary rocks, together with the remains of animals, formed the nucleus, which gradually “overgrown” with new layers. Made soft the texture of stone.

These spheres are all over many parts of the world, including South America. Ruffly the same size and shapes. Based on Biblical history, the Book of Enoch and legends around the planet, Giants existed. These spheres where probably a weapon, used to throw.