The mystery of ancient skulls with “bullet holes” 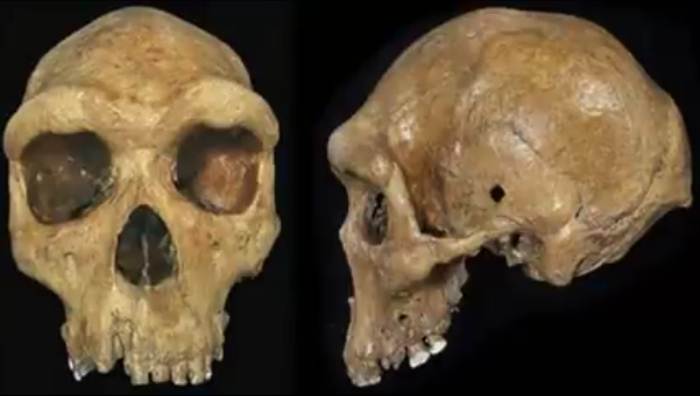 Among the “traces of aliens”, mentioned by supporters of palaeocontacts, there are strange holes in fossil turtles. According to ufologists, these holes were pierced by “alien bullets” or burned by lasers in time immemorial.

“One of the British museums houses the skull of a Neanderthal man, who is about forty thousand years old,” wrote Kazantsev in his article “From Space to the Past.” He was found in a lead mine near Broken Hill in Rhodesia, whose left temporal bone is punched like a bullet. The circular hole does not border on cracks, which would certainly have arisen in the case of an ancient inhabitant of the Earth injuring a spear, an arrow, a tusk …

It is known that the bullet penetrates the glass like this. There is no right temporal lobe of the skull, as it should be with a bullet wound … The find was made long before any talk about aliens armed with firearms arose. ”

If Kazantsev is right, we have only two possibilities: either the skull is dated incorrectly, or tens of thousands of years ago someone shot at our ancestors from the perfect weapon. Given that it was found at a depth of more than 18 meters, the option with aliens seemed quite plausible to many.

Firstly, the skull is not about 40,000 years old, but from 125 to 300 thousand years. He was found on June 17, 1921 by Swiss miner Tom Zwiglar, and not in a lead mine, but in a limestone cave. Anthropologist Arthur Smith Woodward named him Homo rhodesiensis (“Rhodesian man”).

Of course, he was not a Neanderthal man (most likely, it is a kind of Homo heidelbergensis, ie, a “Heidelberg man”). In Africa, Neanderthals have never lived! And one more detail that has been added over time: now Rhodesia is called Zambia.

Until recently, skeptics had assumed that the skull might have been struck by lightning, an object, an overclocked tornado to a tremendous speed and even a meteorite.

But everything was much easier. In 1994, P. Montgomery and his colleagues studied the skull on modern equipment and reported their findings in the Journal of Archeological Science, Vol. 21, p. 331-337. Firstly, a hole of 8 mm in diameter was not the cause of death: its edges began to heal. Secondly, on the same side of the skull, traces of the pathological process, which damaged the bones, are still visible.

Scientists have identified, in addition to the hole, three more zones of destruction. The traumatic character of the hole was categorically excluded. As for the pathological process that destroyed the bone, opinions were divided, but most likely it was a granuloma. The cause of death was sepsis, finishing off the unfortunate.