The Mystery of “British Atlantis” 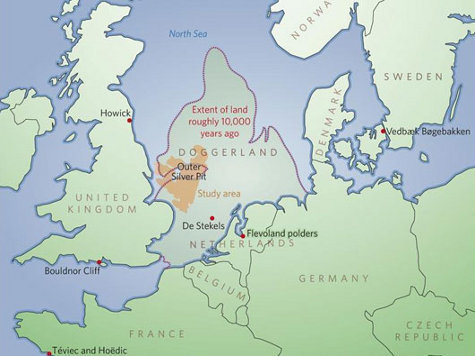 Not far from the shores of England, a trace of a disappeared civilization called Doggerland was discovered several years ago. Scuba divers-oil workers and scientists managed to discover the remains of an ancient civilization, which devastating sea waves absorbed about eight and a half thousand years ago. Before that, entire cities stretched between Scotland and present-day Denmark.

British Atlantis, a hidden underwater world engulfed by the North Sea, was discovered by divers working with research teams from the University of St. Andrews. The vast area of ​​Doggerland, which stretched from Scotland to Denmark, slowly went under water in the period from 18000 to 5500 BC. This could be the “real heart” of Europe.

On these lands inhabited by many species of animals, reports culturavrn.ru. Here the herds of mammoths wandered and people lived – tens of thousands of people. The flooding occurred as a result of lowering the soil, raising the ocean level and ending with megacuns.

Divers have discovered under the water bones of mammoths, deer, artifacts and are sure that they will soon find the remains of people.

The central part of this land was the size of France, and if you take all this part of the land with coastal islands, it occupied about 800 thousand square kilometers.

The existence of the “British Atlantis” began talking at the beginning of the last century, when on the shelf for the first time traces of human activity were found. But only in recent years the information has become more objective due to the fact that oil and gas companies conducting geological prospecting in the North Sea shared with the scientists the results of their underwater research.

Leading British universities have joined their efforts to learn as much as possible about those who inhabited this part of the land. Scientists have modeled the flora and fauna. They came to the conclusion that living conditions there were very comfortable. Hunters-gatherers lived here. Small families who moved around this land, getting themselves food. 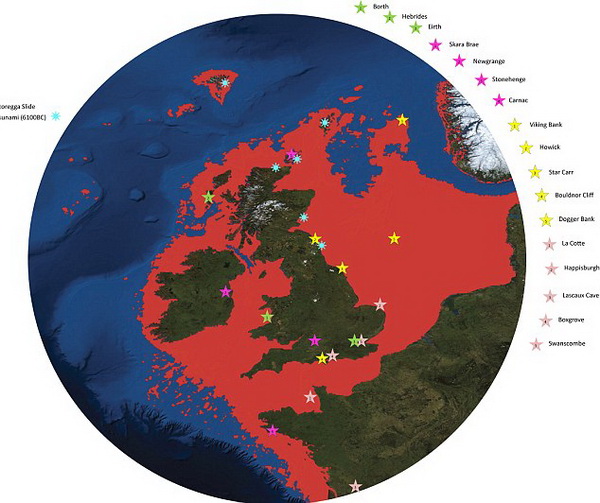 According to scientists, the cause of the disappearance of this world – in global climate change on the globe.

“It was not so much a major cataclysm, because the speed of raising the level, the level of the ocean was a maximum of 10 centimeters per year. And at that speed people could move completely, but they had to abandon the fundamental constructions – palaces, fortresses and other powerful structures” .

The reconstruction of Doggerland by the scientists shows that these were lands with hills and valleys, large swamps and lakes, with large rivers and a complex, broken coastline. Now there are splashing sea waves.