The mystery of “Shymkent disks” 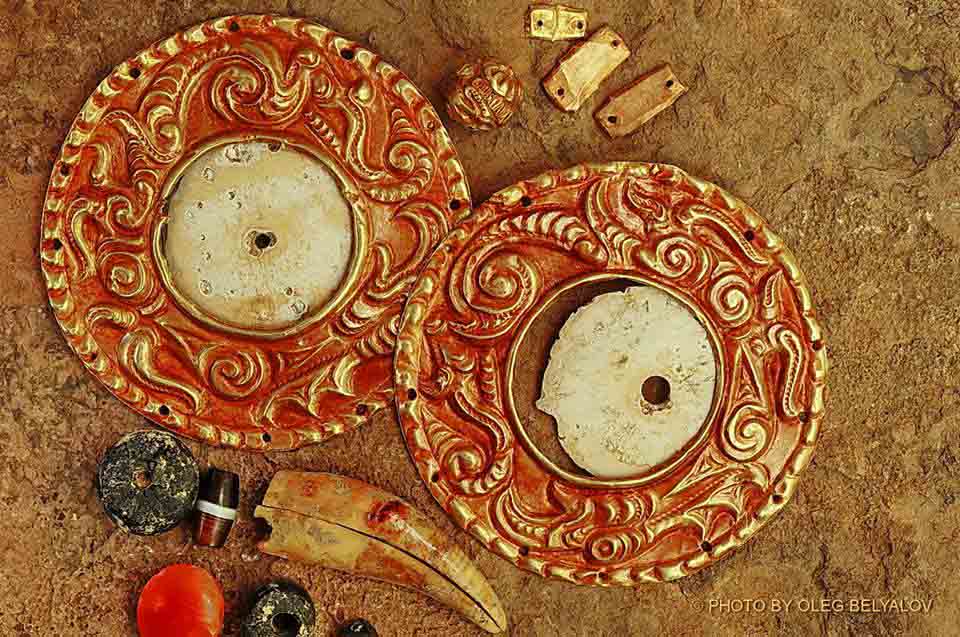 It’s been more than three years, but the fact that these artifacts in the world has not yet been found. While they are unique, scientists say. Mysterious gold discs found near Shymkent 4 years ago and they aroused great interest in the scientific community.

On the circular platters of gold, depicts unusual for the steppes of marine animals. Few years, scientists studied the mysterious artifacts and recently announced the results of their research.

“Shymkent discs” according to scientists, were made in countries located along the Indian ocean. Age gold discs is more than two thousand years, and the territory of modern Kazakhstan they fell, most likely as trophies or in the course of trade.

What data were used gold discs is not exactly known, possibly they were used to overlay on the eyes of the dead before burial.

4 years of studies are unable to reveal the secrets of these artifacts and hypotheses put forward by scientists, yet remain just hypotheses…