The mystery of the black pyramid of Egypt 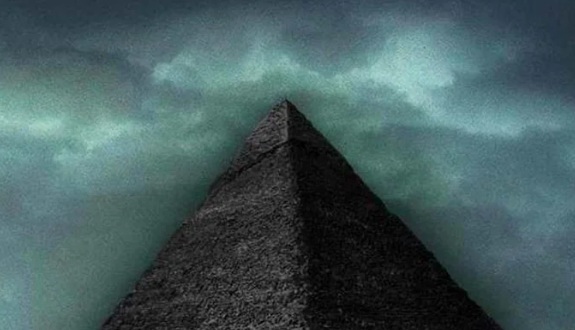 No matter how well Egypt is now studied, no matter how much has been written about its antiquity, monuments, traditions, but the area of ​​the unexplored is still incredibly large. The same pyramids, the main one of the wonders of the world, studied up and down, still hide many secrets. After all, nothing is really clear either about them, or about their purpose, or about their builders, or even about how many pyramids were built on the Giza plateau …

The mysterious fourth pyramid of Giza

The beginning of this story should be attributed to the middle of the 18th century, or rather, to 1737. Then the Dane Frederic Ludwig Norden, the captain, travels around Egypt and creates numerous sketches, including the pyramids on the Giza plateau. It was then that for the first time … the fourth Great Pyramid on the plateau was recorded. Norden assured that in his time there were exactly four pyramids on the plateau.

Note that the Europeans came to Egypt precisely at the beginning of the 18th century – most often these were military expeditions. Most of the discoveries began during the reign of Napoleon, who brought not only regiments to this ancient country, but also scientists, artists and even poets.

Both the first to Europeans, and in later times, and even now it is already obvious to us that the great civilizations that have disappeared over the centuries are capable of asking us an incredible amount of riddles. And the number of mysteries will not decrease, no matter how much we study. One of these mysteries is the secret of the fourth pyramid.

The riddle of the fourth (it is also called black) pyramid in our time undertook to solve Matthew Sibson, an amateur historian. The work of Norden became the basis for his research. Of course, scientists with the name call Sibson’s theories ridiculous, and he himself is a dilettante. True, they do not say that about Frederick Norden – the reputation of this military man and researcher is impeccable. But where did the pyramid in his drawings come from?

Sibson used ancient records and documents, research by Norden and other scientists, and topographic maps. On the YouTube channel Ancient Architects, Sibson posted the findings, claiming that the fourth pyramid did exist. He claims that it was markedly different from the other three Great Pyramids. Firstly, it was smaller, built of black stone, possibly granite. This black pyramid was crowned with a cube of stone, possibly a pedestal for a statue.

Sibson states that there are many references to the Black Pyramid, the sister of the Great Pyramids. But why don’t we see her now? Sibson suggested that the Great Black Pyramid … was dismantled in order to build houses in Cairo. And this happened after Norden’s travels, probably towards the end of the 18th century.

This is far from as incredible as it might seem. After all, at all times, people after natural disasters, restoring their homes, first of all used what was at hand – for example, the stones of destroyed houses in the neighborhood.

True, most expert historians are very skeptical about Sibson’s ideas. After all, serious scientists have enough of the three Great Pyramids on the plateau to build theories, describe the time of the creation of the pyramids and how the pyramids themselves were built. Here, too, there are a lot of guesses, speaking in honor, because everything that is now known about the pyramids is more or less reliable assumptions. It is now believed that the pyramids were built during the Fourth Dynasty and are named after the pharaohs who ruled at the time the pyramids were built.

But these are also only hypotheses, because in the Great Pyramid of Cheops (Khufu) no traces of burial were found – and it is believed that the pyramids are precisely burial places. And in general, the purpose of any of the Great Pyramids is not fully known.

Sibson claims that his research irrefutably proves that the Black Pyramid existed, and it was supposedly on the “ancient road”. Sizson’s research is based precisely on Norden’s materials, considering them to be genuine evidence.

True, as already mentioned, Sibson is still an amateur. And therefore, his “research” and evidence, according to the statements of various sources, do not have a solid scientific basis. Here’s one example: In 2018, Sibson stated that Altantida existed, and that the island chain that now exists on the ocean surface is part of a legendary sunken continent. True, serious scientists say something similar.

Sibson was not alone in talking about Atlantis. Jason Colavito claims a similar statement in his blog. But Graham Hancock, a well-known writer and journalist, accuses Sibson of borrowing ideas and theories on his website. True, Sibson does not claim that he invented all this himself …

Be that as it may, constant hoaxes and loud statements fuel an already unabated interest in the only one of the seven wonders of the world. True, the pyramids are especially in need of this, remaining also the most mysterious structures on the planet.

But still, where does the fourth pyramid come from in Norden’s sketches?