Sunken 300 years ago, a pirate ship “Revenge of Queen Anne” – a real treasure. Many unique items were found here, for example, fragments of the book. Recently, scientists have been able to decipher the text.

On board ancient ships, you can find a lot of interesting things, but the books are extremely rare: sea water and microorganisms living in it quickly destroy paper.

However, there are good luck: in 2016, in the hands of archaeologists were small fragments of pages, raised from the seabed – more precisely, from the skeleton of the ship, which belonged to the famous pirate, nicknamed Blackbeard.

They survived due to a fluke. Three hundred years ago, they rolled into a hard ball with rags – and shoved into the trunk of the ship’s cannon. There they were found by experts from Queen Anne’s Revenge Lab during the restoration of 2016. Probably, this clot, blackened by powdered sludge, served as a wad or a plug for the vents.

In the hands of scientists were 16 fragments, the largest of which were not more than five-ruble coins. On 7 of them even words were preserved, in particular, “south” and “sea fathom” (English south and fathom), as well as italicized geographical name Hilo. It helped determine what kind of book was on board a pirate ship three centuries ago.

The archaeologists had several versions. The city of Hilo in the Hawaiian Islands? No. “Revenge of Queen Anne” sank in 1718, and Hawaii (more precisely, the Sandwich Islands) appeared in literature only 58 years later (in November 76th, James Cook discovered them and died there in a couple of months). 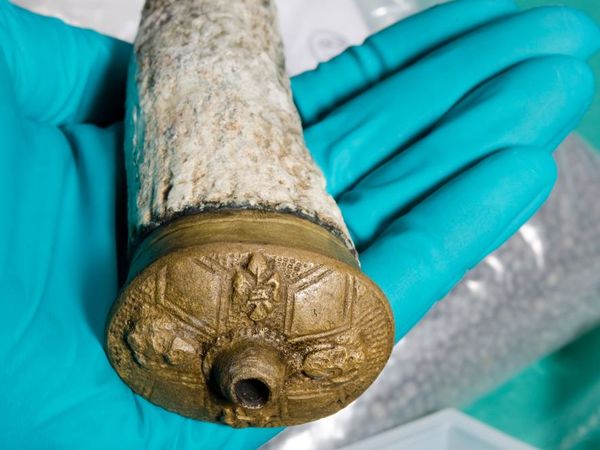 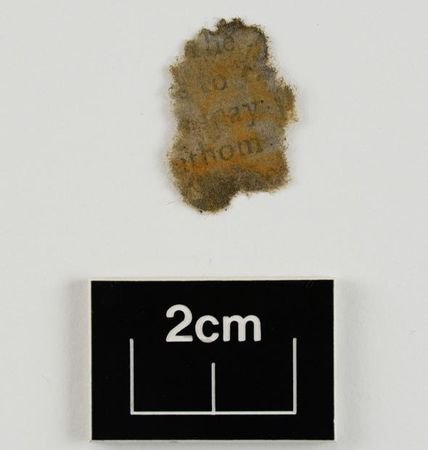 Joanna Greene, a historian from the University of Glasgow, suggested another option – Ilo, a Spanish settlement on the coast of modern Peru.

The hypothesis turned out to be correct: the required fragment was found on 178 page of the book of Captain Edward Cook “Journey to the South Sea and around the world, accomplished in the years 1708, 1709, 1710 and 1711”.

On the 178th page of the travelogue, the distances between ports, coves and capes are located on the coast of Peru and the nearby islands, as well as information on winds and courses that should be adhered to. In particular, the author calls Cape Ilo a convenient anchorage.

This book – travel notes made by Captain Edward Cook during the march of two ships: “Duke” and “Duchess”.

By the way, in 1709 the crew of the “Duke” saved from the uninhabited island of man. He was dressed in goat skins and spoke English, and his name was Alexander Selkirk. The rescued Scotsman, who lived alone for more than four years, became the prototype of Robinson Crusoe (the famous novel by Defoe came out 10 years after the happy event).

The sailboat “Queen Anne’s Revenge” ran aground and sank in 1718 off the coast of North Carolina, while his captain Blackbeard, or Edward Thich, was soon killed in a fight with British Crown soldiers. The ship’s skeleton was found in 1996, and a year later excavations began.

Among the 400,000 finds raised from the seabed, there was a market (ship bell), a saber with a carved hilt and even the remains of a pocket watch.