The mystery of the death of “Men in lead masks

This mysterious story happened in Brazil in the 1960-ies, and explain (even to come up with any plausible version) fails still.

One day in the woods near Rio de Janeiro were found the bodies of two young men. Their identity was soon established. Manuel Pereira Cruz and Miguel josé Viana (both in the profession of electrical engineering) was lying among the trees in elegant suits with lead masks. The cause of death could not be established is with equal probabilities could be like suicide and murder. 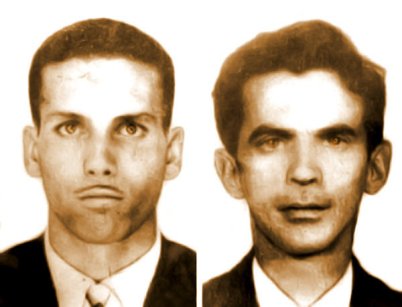 A few days before that Cruz and Viana went to Rio, where he intended to buy items for their business and a new car. As has established a consequence, they left home with an impressive amount of cash and on the way stopped at the local supermarket, where he bought a bottle of water and raincoat. The seller told police that the boys were clearly nervous and in a hurry, constantly looking at his watch. After that their no more live not seen.

Lead masks that covered the faces of dead

Body found three days later. Young men lying in a forest, dressed in suits and raincoats, both their faces covered with improvised lead mask without holes (like the ones they use for protection against radiation). Near the bodies lay on the ground two towels and a notebook. There was no money. In the notebook there was only one entry, which was confusing even more. It was like a statement:

After work, to wear a lead mask and wait for the signal”

No traces of substances that guys, apparently, swallowed before death, could not find traces of violent death was not there. 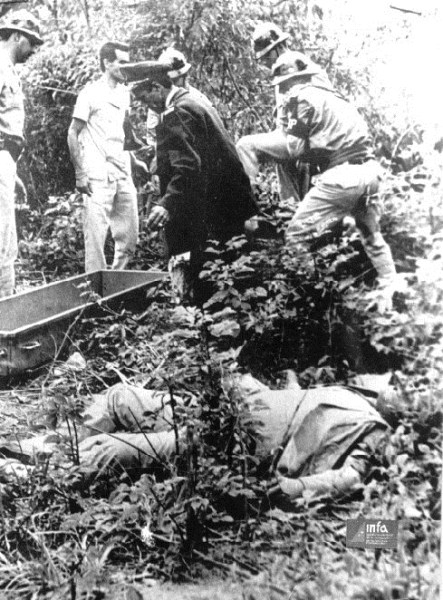 The inspection bodies on the hill Vinten 21 August 1966

Perhaps the dead had hoped to make contact with some aliens or aliens from other dimensions. Unfortunately, we may never know.