The mystery of the disappearance of sailors from “St. Paul” 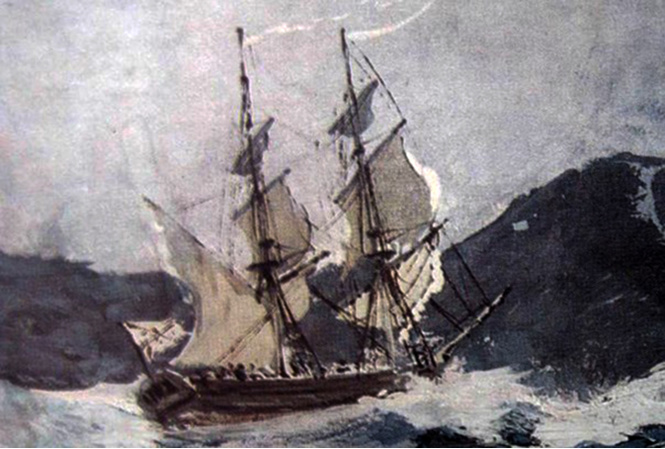 This story occurred in 1741, during the colonization of the Russians by Alaska, and became the most mysterious in the history of the Russian fleet. Two boats with 15 experienced armed sailors, who had a cannon and flares, landed on the shore and … as they fell through the earth.

It is unlikely that the detachment died in a skirmish with the Indians: there was not a single shot heard, and the Indians, at the sight of so many well-armed people, usually preferred to hide in the forest.

On the shore at night a fire was burning, but it is unclear who ignited it. The fire burned clearly not in accordance with the instructions given by the captain before the landing, and the Indians simply could not kindle such a big fire.

In 1774, the Spaniards who swam in these places noticed that the Indians had a fragment of a bayonet or a saber, obviously not of local origin. In the same year, Russian merchants, stopping in a bay for three hundred versts from the landing site of the ill-fated squad, saw in the Indian village white-faced and brown-haired locals, from which they concluded that they could have been the descendants of the disappeared Russian sailors.

But, apart from these vague evidence, nothing is more certain about the missing squad from “St. Paul” is unknown.