The mystery of the extraterrestrials who arrived in Japan in 1803 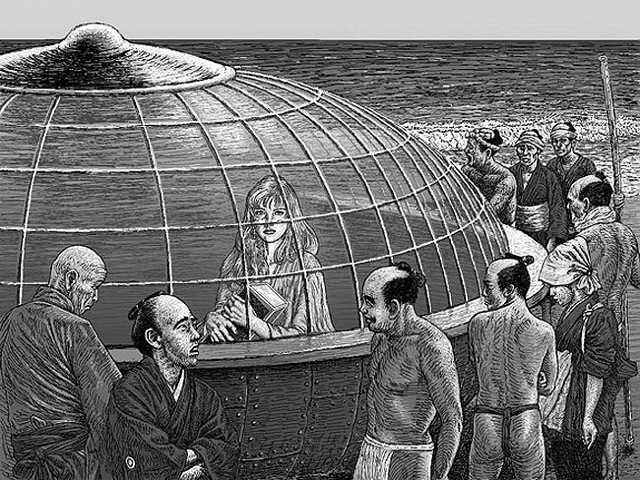 On February 22, 1803, several Japanese fishermen from the province of Hitati discovered a “ship” of a very strange shape drifting from the very shore. Out of curiosity, they decided to examine him, dragged him ashore and climbed aboard.

The dimensions of the mysterious vessel were about 330 cm in height and 540 cm in width and reminded fishermen of fishermen kohako (Japanese censer). The upper part was made of a material similar to a rosewood tree, covered with red lacquer, and the lower part is covered with copper plates, apparently for protection from sharp reefs. 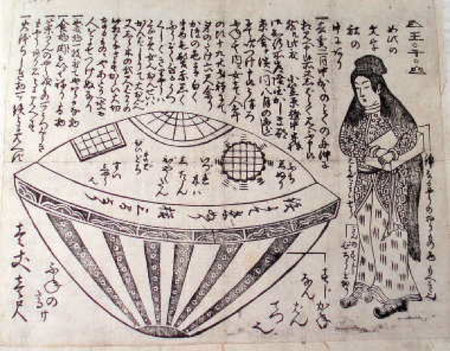 In the upper part of the ship there were several windows made of glass or some kind of crystals that were covered with something resembling wood tar. Meanwhile, the windows were fairly transparent, so that the fishermen could look inside. The inner part of Utsuro-buna (as the fishermen called the mysterious vessel) was decorated with inscriptions in an unfamiliar language.

Then the fishermen entered the cabin and found there two sheets, a bottle of water (about 3.6 liters), a few cupcakes and a meat pâté. And then the fishermen saw the owner of the ship – a beautiful girl of 18 or 20 years old. The girl had red hair and eyebrows, and her hair was artificially lengthened with some white threads. The clothes on it were long, from a very beautiful material, which the fishermen had never seen before. The girl smiled affably and tried to say something, but the language was unfamiliar, so there was nothing to find out. In addition, the girl and all the time pressed her to a small box, which no one was allowed to touch.

In the end, the fishermen sent the stranger back to the sea and started their own business.