The Mystery of the Golactic Disc 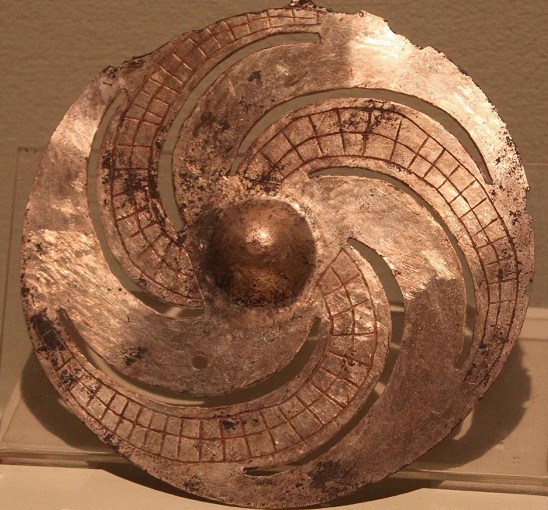 Researchers are constantly finding ancient artifacts. Some of them do not raise any questions at all, while others make you think. And some of the findings do not at all fit into the official ideas about the history of the development of our planet and human civilization in particular. We will talk about one of these artifacts today.

So, what do we know about the Galactic Disc, which is kept in one of the museums in South America and is called in another way DISCO COLGANTE? Some kind of metal thing that looks like a part from some kind of spacecraft. Hmm, maybe it was created in our time and passed off as an ancient artifact?

In addition to the most bizarre shape and applied pattern, its true purpose remains a mystery. If we talk about the external data of this artifact, then it seems to have descended from illustrations of fantastic stories about stellar spaces. But in our world, you cannot be 100% sure that this is not a fake, but you really want to believe something else.

Quite a few people have heard about the “Galactic Disc”, but they really do not know what kind of thing it is and where it came from. Scientists say that this disk cannot be attributed to any part of modern spacecraft, so the version of its modern origin disappears? Not at all, it could well be that some blacksmith created this thing from his fantasies? Also no!

The fact is, probably, this artifact appeared at the beginning of the first millennium of our civilization. This is the official version of scientists, carbon analysis was not performed on it, but why? Maybe you should check the possible date of manufacture? Or maybe the analysis has already been carried out and we are simply not told the age of the amazing find?

Maybe the secret masters of this world do not want to talk about the fact that this artifact belongs to extraterrestrial technologies? According to all the same scientists, the Galactic disk was most likely made by the Hindus. But here there are already certain hints that the detail may refer to the aircraft of antiquity – the vimanas.

A lot has been written about the Vimans, and there is a hypothesis that thousands of years ago people were able to build aircraft similar to modern ones and this technology could get people about the Gods who lived on Earth. But as another hypothesis says that these were not Gods at all, but messengers from other planets who taught people technology and waged galactic wars among themselves on Earth.

This can explain the hypothesis of nuclear wars in antiquity. I hope I did not confuse you, otherwise there are a lot of hypotheses. A number of ufologists and supporters of highly developed civilizations of antiquity claim that there is a thickening on the artifact that resembles the structure of our galaxy, which is surprising for antediluvian people who did not fly into space, would you agree?

Some people even believe that the artifact is a part of a spaceship of an unknown extraterrestrial civilization, but there is no evidence of this. So why are scientists in a stupor and cannot answer what this strange artifact is?