The mystery of “the Grave of Mys” 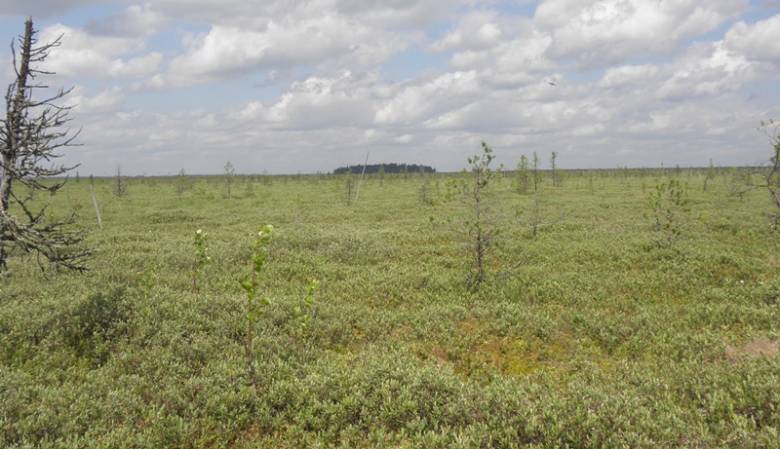 This place is situated in Chainskiy district of the Tomsk region is a narrow stretch of land 300 m long, which rises above the surrounding swamps. Cape seen abnormally rapid vegetation of plants. All of it overgrown with cedars, which reach heights of 50 m. because of this, even on a Sunny day at Cape reigns twilight.

People who go there feel a sense of fear and depression. In addition, they observed arrhythmia and quickens the pulse. Animals practically do not go to the Cape, trying to ignore it. Local residents of the villages of the Eastern Wargamer and believe the area is cursed. Some have observed over the Cape UFO.

Scientists believe that at a depth of 10 m under the Cape Burial are deposits of iron ore. According to them, here is the junction of different layers carrying a positive and a negative magnetic charge.

Researchers of paranormal phenomena to explain what is happening nearby graves kulaika culture. They believe that the ancient sanctuary around them, creating an energy field that affect physical and mental state of people.

The locals have two explanations for what is happening. In the first, before the 70-ies of the XX century next to this promontory was the burial ground of spent radioactive waste from the Siberian chemical plant. They were taken by narrow-gauge railway and just dumped in the swamp. The second version is based on the fact that near the Cape Burial fell stages of space rockets launched from the Baikonur cosmodrome.

For science of the anomalous zone was opened in 1984 through the efforts of a journalist from Sverdlovsk Glukhova. He came to Tomsk oblast in creative business trip and stayed in the East village. Then the locals told him about the Cape, which grow relict cedars, after which Glukhov tried to investigate the anomalous zone.

In his diary he wrote: “Absolute silence reigned there, undisturbed even by the rustle of pine branches and singing birds. The cold darkness fell from the spreading crowns of the giant pine trees trouble a bright sunlight”.

The farther was a journalist to the extremity of the Cape, the stronger grew in him an inexplicable sense of anxiety and depression, which forced him soon to turn back. Three years after the return from the abnormal area Glukhov died from cancer.

Subsequently equipped several expeditions for the study of Cape Burial. The participants, among other things, collected and recorded the stories of local residents.

So, M. E. Shabelnikova told that in 1947 her mother, father and uncle went to the Cape for mushrooms. By noon they reached a small clearing. Uncle sat down on a fallen tree, and the mother and father is on earth. The woman next spread a handkerchief and began to spread out our supplies to eat. Turning to call uncle, she saw that the trunk no one. The couple was looking for a relative until late in the evening, but never found.

I. A. Troitsky recalls that in the beginning of 1950-ies he, as a boy, worked as a shepherd on the farm. Once a cow ran away on Mogilny Cape. The boy went after runaway and soon found her. The cow stood, not moving and making no attempts to escape. The boy touched it and it was terrified. To touch the cow was cold and as if made of rubber. Ivan screamed. Then the cow came alive — moaned as if in pain, and rushed towards the village, not seeing the road.

In 1985, the members of the expedition, organized by the newspaper “Komsomolskaya Pravda”, observed hovering over the Cape three lighted ball milky white color. UFO formed an isosceles triangle, and then rapidly rotating, headed for the ground and disappeared into the cedars.

Local residents say that in 90-ies of XX century on the Cape Burial crashed UFO, whose glowing debris scattered throughout the County.

Collected facts confirm this theory. There are a large number of eyewitnesses to the fact, as February 26, 1984 over the territory of Tomsk region there was an explosion of bright flying object, which even received the official name “Tomsk car”.

Many locals met at Cape mysterious unusual creatures. They claim that the Burial live the gnomes, tiny silhouettes which can sometimes be seen on moonlit nights. Kind of like the dwarves live in deep burrows under the roots of trees and feed on the fish that is in abundance is found in nearby lakes. The old-timers believe that “it is not the gnomes, and ghosts rising from the ancient graves.