The Mystery of the Knife of Tutankhamun 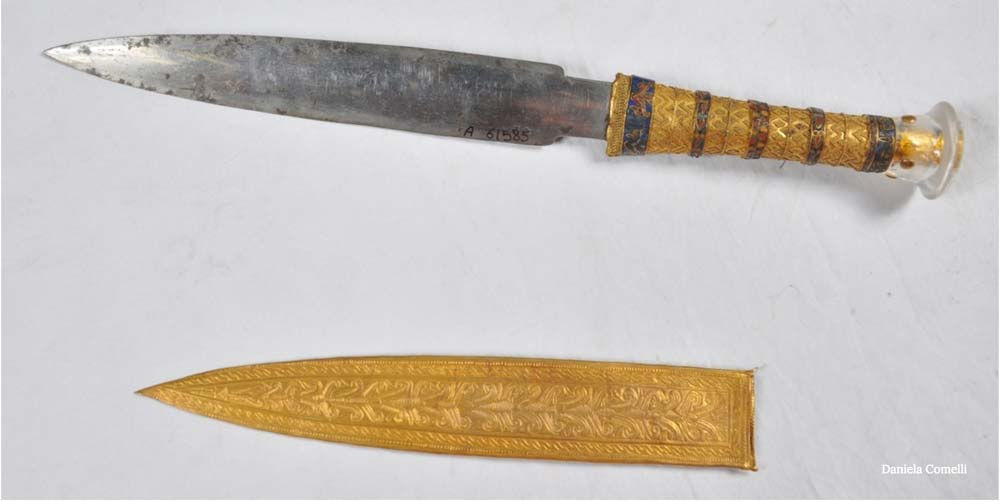 Quite often archaeological finds put scientists at a dead end: for a long time, none of the scientists could understand how Stonehead was built, or how the pyramids were built. The next discovery, made by Egyptologists, was relevant to this category. Scientists claimed that the knife, found in the tomb of Pharaoh Tutankhamun, was of extraterrestrial origin. A deep analysis showed that this really corresponds to reality.

In 1925, the British archaeologist Howard Carter discovered two daggers, hidden under the funeral robes of the pharaoh. For a long time the discovery was not recognized in the world scientific community, since such products simply did not occur in ancient Egypt. Pharaoh Tutankhamun mummified more than 3,300 years ago, and technology that allows obtaining similar materials was developed only in the Middle Ages.

… in 2016, scientists from Italy and Egypt studied a knife with which Pharaoh Tutankhamen, who ruled in 1332-1323 BC, was buried. As a result, it was found that the knife is made of iron-nickel meteorite, apparently, by the method of cold forging. The corresponding article was published in the journal Meteoritics and Planetary Science.

To study the knife, scientists used the method of fluorescence X-ray spectroscopy. With her help, it was possible to show that the knife contained almost 11% nickel. This excludes its smelting from ordinary iron ore: the nickel content in products made from it without the nickel alloy process, unavailable at that time, can not exceed 4%. In addition, a considerable amount of cobalt was found in the knife. A high concentration of cobalt in metallic meteorites is typical for bodies formed in the early solar system and not experienced temperature differentiation, because of which the content of cobalt in the earth’s iron is low. 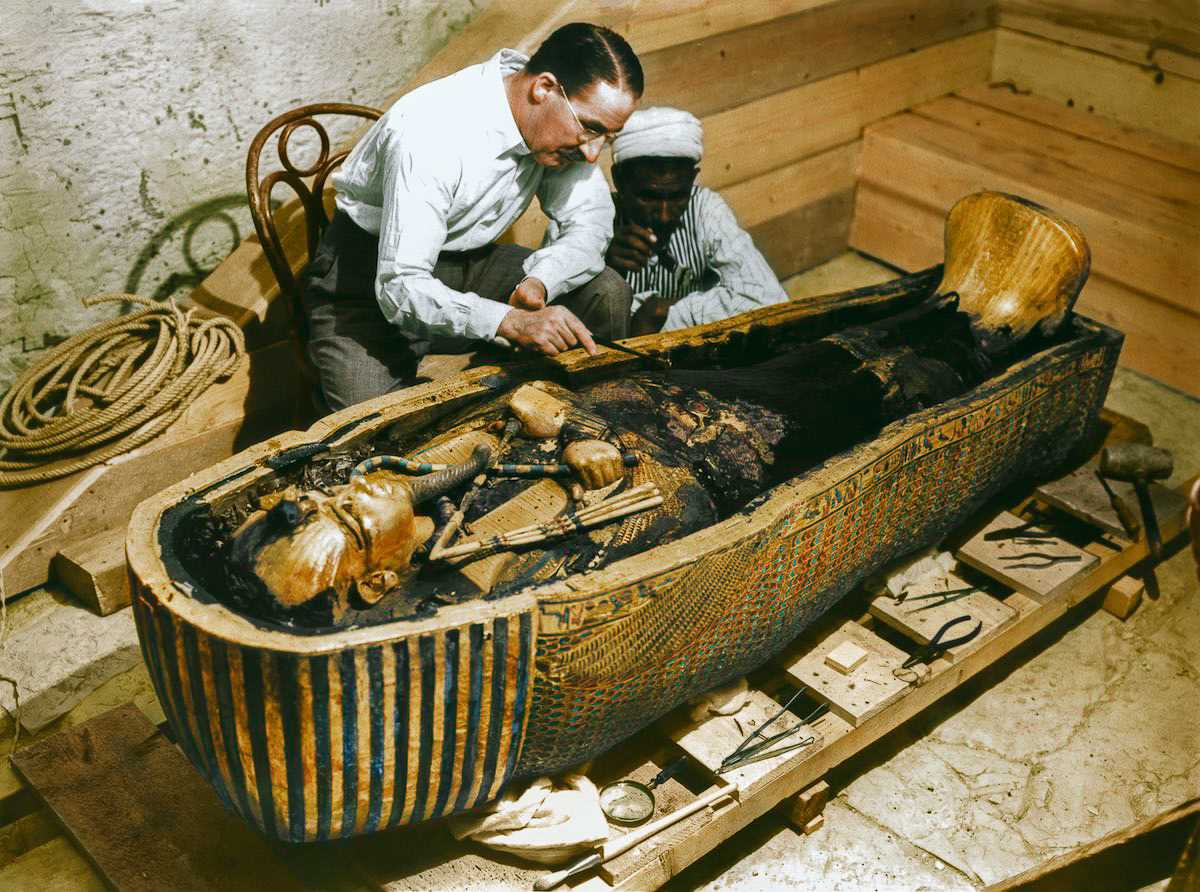 October of 1925. Carter is studying the sarcophagus of Tutankhamun.

The researchers tried to compare the chemical composition of the Tutankhamun knife with known samples of Egyptian meteorites. It turned out that one of them, Kharga, has a very similar composition of elements and can be the starting material for creating a pharaoh’s weapon.

The Tutankhamun knife was found in his tomb at the beginning of the 20th century. It sharply differs visually from conventional iron weapons of that time. In the XIV century BC iron, smelted from ore, was extremely rare, and it was only able to make it in the Hittite kingdom – in the territory of modern Turkey. Due to an imperfect technological process, it was either too soft, or (with a high content of carbon in the form of steel) very fragile. 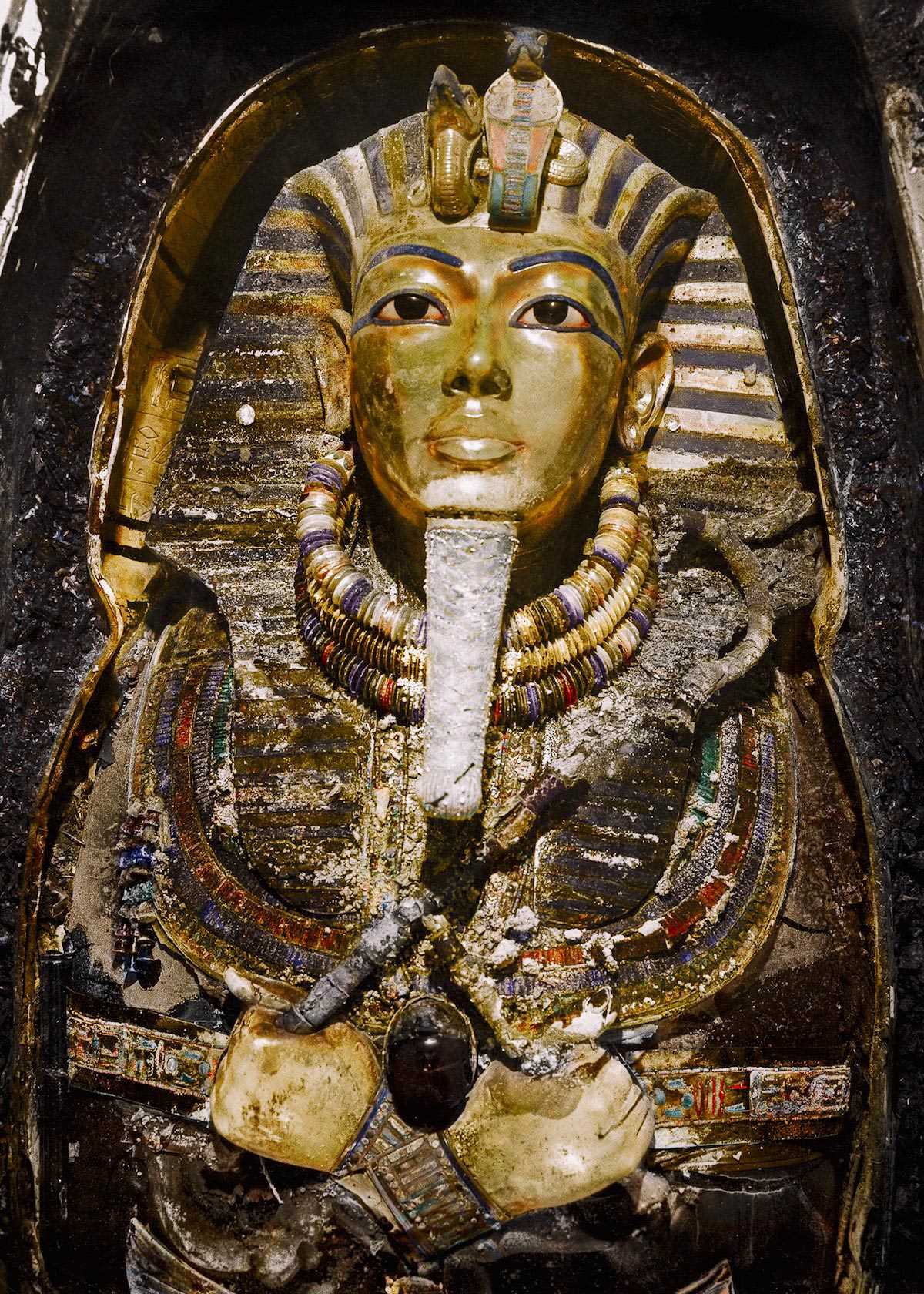 Meteorite iron knife Tutankhamun, apparently, is devoid of these shortcomings. Because of its high nickel content, it does not rust and shines even thousands of years after the knife was forged. In addition, nickel makes it quite solid, despite the low carbon content, which in turn provides the weapon with no fragility. Despite the high quality of individual samples of meteorite iron, mass production of products from it was impossible due to the narrowness of the raw material base. Therefore, in the era before 1200 BC iron was several times more expensive than gold, and products made of high-quality meteorite metal were available only to the rulers of rich countries. Previous finds of ancient Egyptian artifacts from this material related to jewelry, and not to weapons, which took much more precious metal.