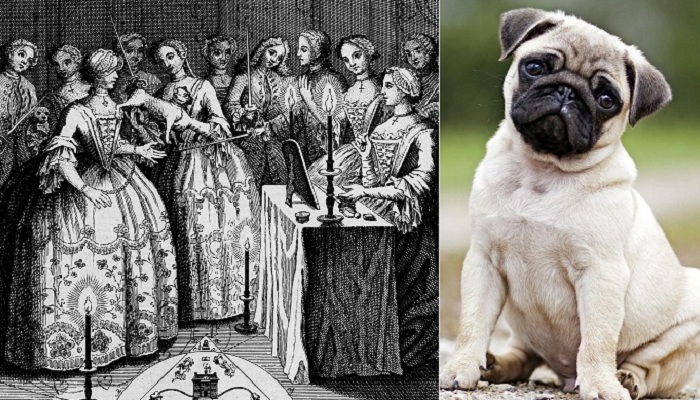 There was only one way to become a member of the most mysterious Masonic society in history, to which many representatives of the intellectual elite of Europe belonged: to kiss the pug under the tail in order to prove their complete devotion. Yes, yes, you were not mistaken. In the middle of the XVIII century, ladies and gentlemen, dressed in pantaloons, lined up to become “pugs”, that is, members of the secret “Order of Pugs”. 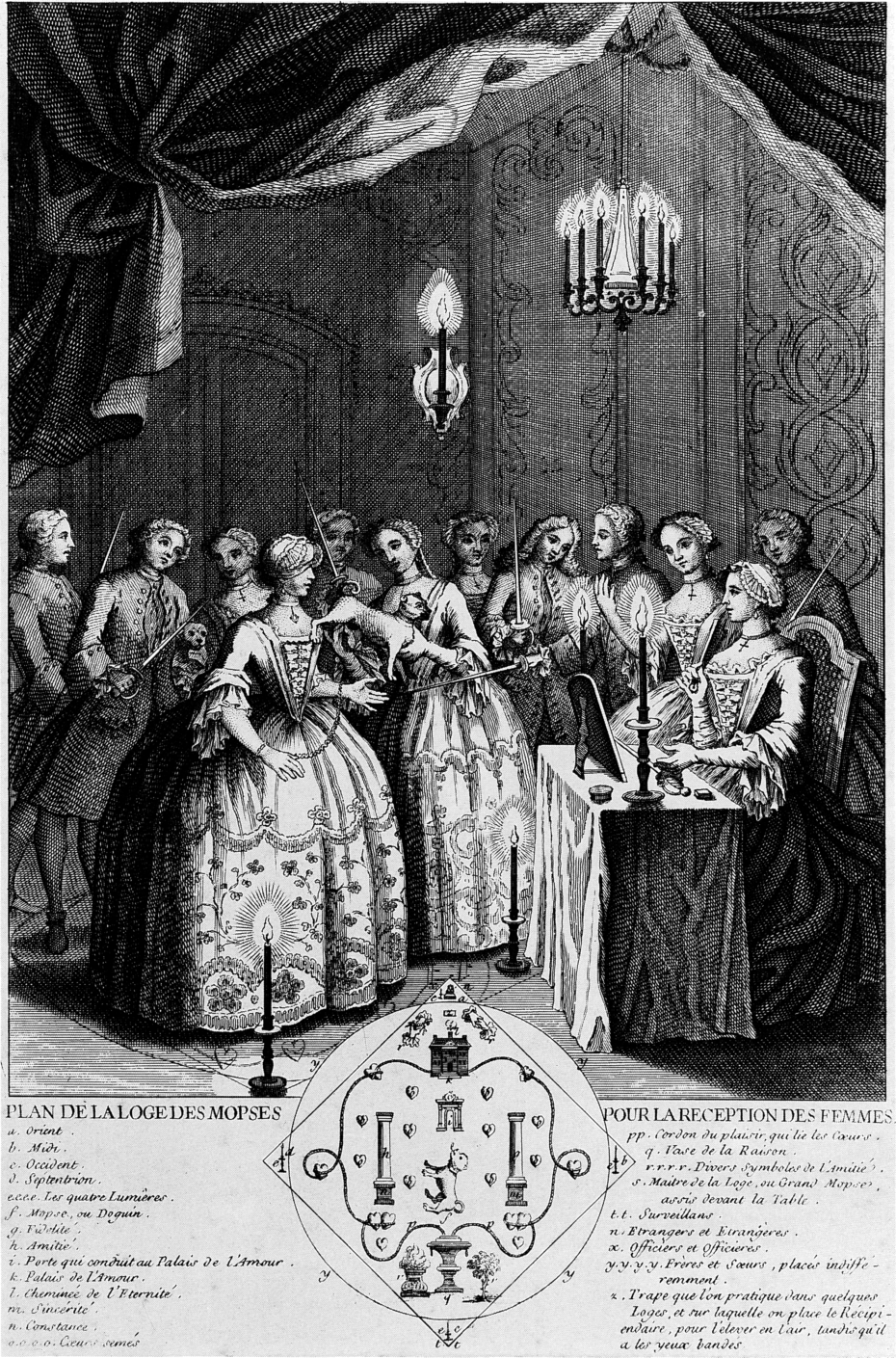 Let’s try to understand how these dogs turned out to be the central figures of the secret Masonic society. First, it was not the first time that these “smaller brothers” with wrinkled muzzles became the subject of obsession with an exquisite society. They were adored by Chinese emperors, and all the representatives of the European elite, from Voltaire to Queen Victoria, are known to have experienced extraordinary weakness for these animals. When the Danish Protestant King William III ascended the throne of England and Scotland in 1688, his pug and breed as a whole became the emblem of free thinking and loyalty to the throne. Keep in the house of a pug has become in many countries in a subtle and elegant way to express its solidarity with the English revolution, without risking to be in a dark dungeon. As a secret symbol for the most devoted members of the Masonic lodge, the pug was in fact a very common phenomenon. 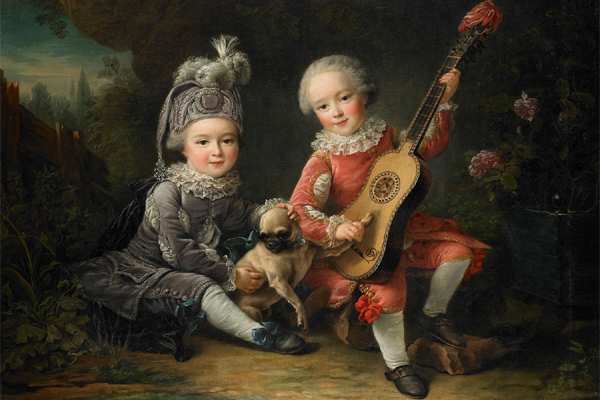 In Germany, in the eighteenth century (in 1738), the edict of the Pope Clement XII of Rome was forbidden to Roman Catholics to join a Masonic lodge, and the perpetrators of this prohibition were severely punished – excommunication. Then there was the “Order of the Pugs”, founded, as is commonly believed, in Bavaria in 1740 by Baron Clemens Augustus Wittelsbach. According to the article of 1745, in which this secret society was exposed, the “Order” was founded by those who did not want to obey the prohibition of Pope Clement XII. At first they were only Catholics, and then Protestants appeared among the members of the lodge.

Thus, “pugs”, in essence, were a group of “antisocial elements”. The initiates were supposed to wear dog collars and, to enter the meetings of the box, scratch the door like a dog, and the new members of the order passed through a ceremony during which they circled the room nine times, barking the motto “Memento mori” and kissing the Great Pug at a known place under the tail in a sign of faithfulness to the idea. Then the famous German porcelain producer Johann Joachim Kendler received an order for the production of porcelain figurines of the Pugs for the Order.

It should be noted that a few centuries ago pugs looked different than today. And in particular, they had a much more slender figure. The focus of the secret society was new and ancient disputes concerning the natural and human sciences, as well as philosophy. Members of the order wore silver medallions with a pug and obeyed the orders of the “Great Master”, a man or a woman.

When the mystery of the “Order” was revealed in 1745, the society was brought to trial, and then several years later it was outlawed. However, according to the German authorities, as early as 1902, some active members of the Order of the Pugs remained in Lyon. Perhaps it would be advisable to look in central France, suddenly there and today there are adherents of a bizarre cult. But, in any case, this story makes you see the most comical breed of domestic dogs in a completely new light!