The Mystery of the “Red Torso of Harrappe” 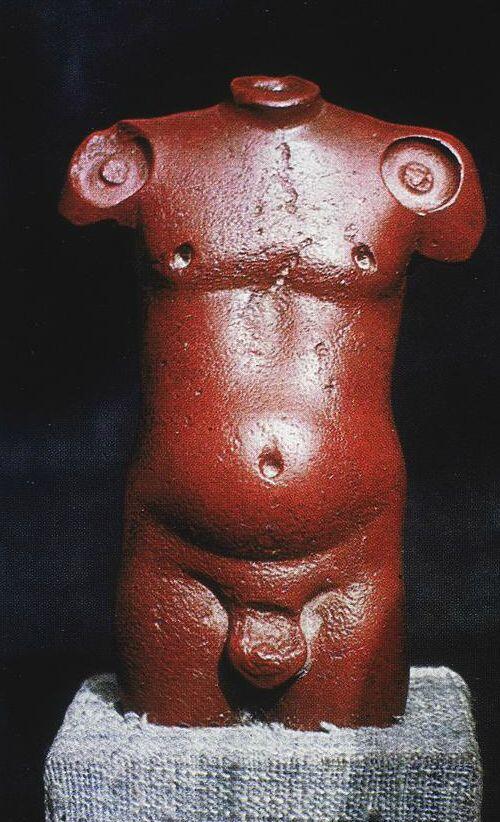 The red jasper torso found in Harrappe, Pakistan, dates back to the Indus Valley Civilization (3000 BC – 1300 BC).

John Marshall could not believe his eyes when this red jasper sculpture was found by M.C. Wats at Harappa: “…it seemed to completely break all established notions of early art. Molding such as this was unknown to the ancient world until the Hellenistic era in Greece, and I thought, therefore, that some mistake must have been made.” Gradually realizing that it must be more ancient, he continues in 1931: “The statue is made of beautiful red stone … now there was no stone that could be obtained in Harappa or anywhere nearby. The stone that was needed had to be brought in from great distances . . . There is another point about the technique that is also important. The red stone statuette has a large circular recess in front of each shoulder, with a smaller circular ledge carved in the center. It is not clear what these depressions were made for. They look as if they were supposed to be inlaid with round ornaments…. The red stone torso treatment could hardly be simpler or clearer. The pose is frontal, the shoulders pulled back, the belly slightly prominent, but the beauty of this little statue lies in the exquisite and remarkably truthful modeling of the soft parts of the body. … This is a work that a fourth-century B.C. Greek would have been quite proud of. And yet the composition of the figure, with its rather pronounced belly, is characteristically Indian, not Greek; and even if Greek influence could be proved, one would have to admit that the execution is Indian.” 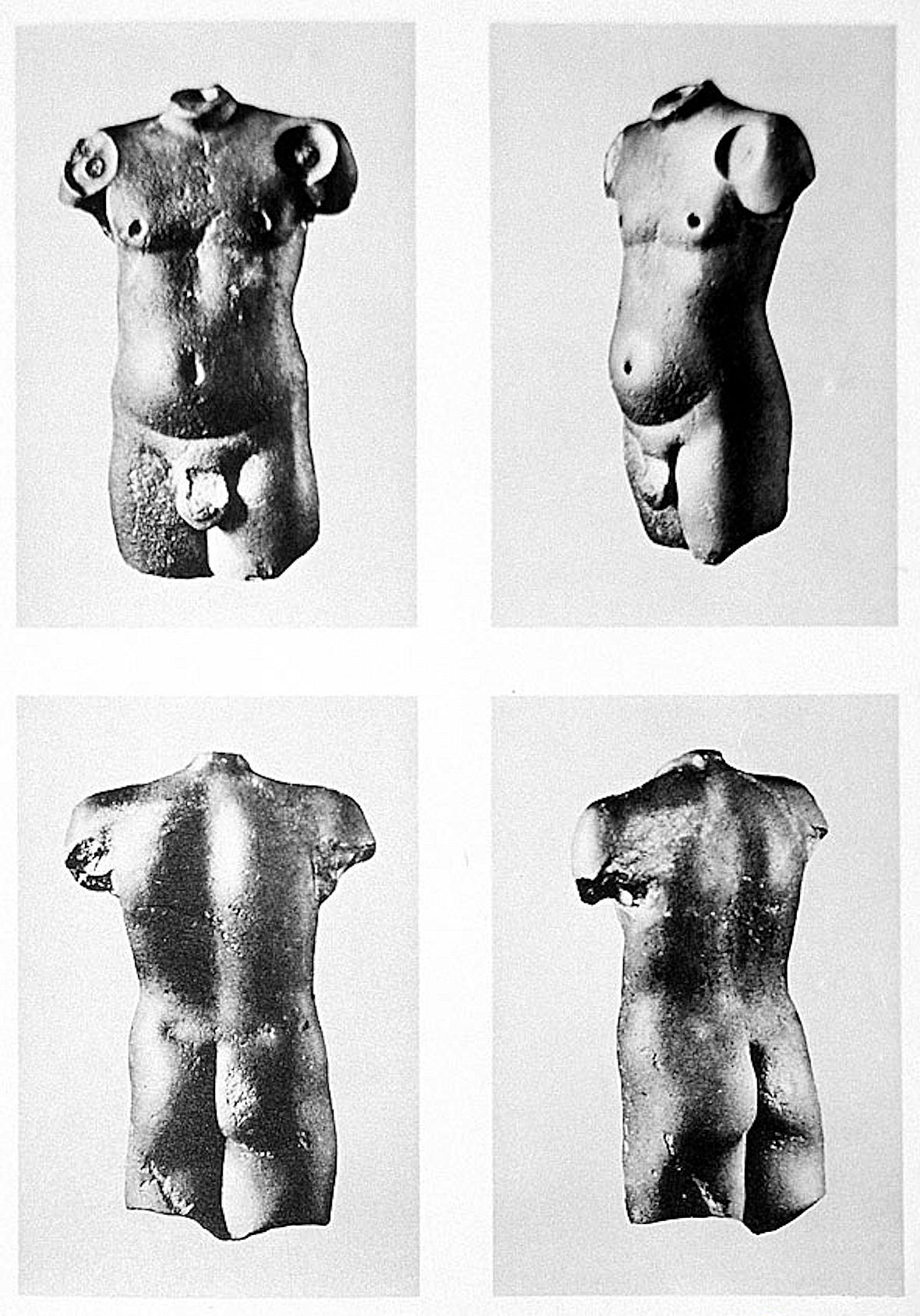 What is puzzling about the ancient Indus civilization is that so few such figurines have been found, yet they are of such exceptional quality. How was this possible?