The mystery of the sailing ship “Marlborough” 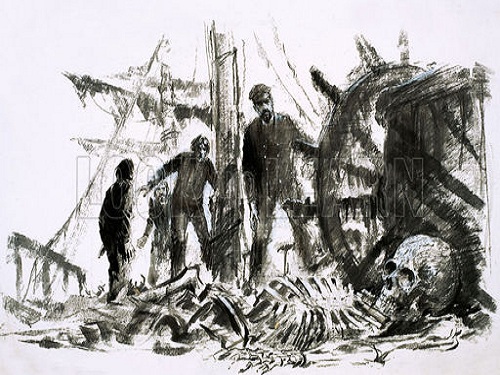 When in October 1913, the mate and several members of his team boarded the boat “Marlborough” in one of the bays of the archipelago of Tierra del Fuego, were shocked by the horrifying sight: all over the deck were scattered, dried-up like mummies, the bodies of the passengers and crew of the vessel.

— Yes, it’s not a schooner, as floating grave! surprised cried one of the sailors, who, along with assistant captain surveyed the lifeless ship.

Mast Marlboro was absolutely intact, but the sails hung in shreds, torn by the merciless elements of wind and sea water. The whole boat was covered in mold. 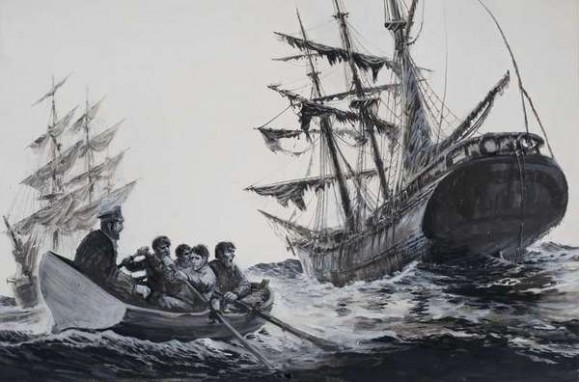 The same thing is happening down below, ” said the sailor, desperately trying to hold back a bout of nausea rising to her throat. The bilge is nothing but piles of bodies, like mummies.

The assistant went to the captain’s cabin hoping to find the key to the answer to this Maritime mystery in the logbook. The exhausted captain hunched over a leather bound journal, but the pages are completely rotted.

The investigation was set unbelievable fact: a three-masted sailing ship left the new Zealand port of Littleton in early January 1890, bound for Scotland, to his home port of Glasgow. On the ship there were a lot of passengers, a full crew of experienced sailors and a variety of cargo — and all of this was commanded by veteran seaman captain Hird. But for some unknown reasons, the schooner “Marlboro” did not come to Glasgow.

In the course of an official investigation in April of 1891, it became known that the boat that goes sailing near the Strait of Magellan, noticed the boat “Marlborough”, shortly after its withdrawal from the new Zealand port. From the story of the captain who saw the missing ship, “Marlborough” all signs were in good condition and not transmit any signals for help, no requests for any information. 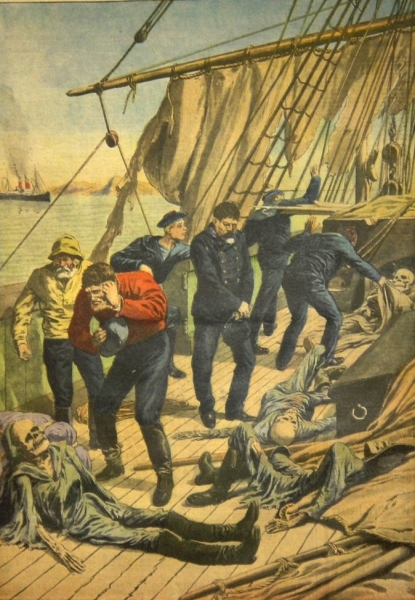 The members of the Commission who conducted the investigation, there was only one question that they have been unable to find the answer: why Marlboro have chosen the way around South America, not Africa’s past?

About the missing ship were no reports until October 1913 when he was discovered in the Bay near the southern coast of Argentina. From rot and mildew “Marlboro” has become rotten and porous, like a sponge. The sailors, who climbed on Board, understood that the ship could not drift into the Bay as much as 24 years. Ferocious storms, which is famous for Tierra del Fuego, long ago would have smashed the boat to smithereens.

But what happened to the passengers of the ship and its crew? Really calm stripped his sails to the wind and forced to drift aimlessly until, until he was exhausted all supplies of drinking water? Maybe food poisoning or some kind of epidemic suddenly struck all life on the schooner?

By all indications, the ship came into the Bay shortly before it was discovered by the crew of a passing sailboat. How could it happen that the boat sank and crashed on the reefs if all her passengers and crew died 24 years ago?

This is almost verbatim taken from Brad Steiger’s book The Unknown.