The mystery of the star map from the Egyptian pyramid 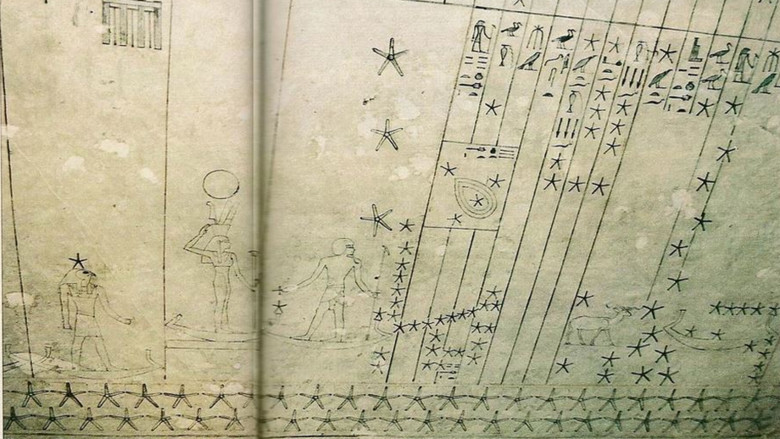 The mystery surrounding the tomb of the eminent Ancient Egyptian architect Senmut, whose ceiling shows an inverted star map, still stirs the minds of scientists.

Senmuth was the architect of the most magnificent buildings during the reign of the woman-pharaoh Hatshepsut. He directed the development of quarries, transport and construction of the world’s tallest obelisk obelisks at the entrance to the Karnak Temple, and the creation of the huge funeral complex of Jesser Jesser, which means “The Sacred of the Sacred.”

No less interesting is the own tomb of Senmut, a characteristic feature of which is an inverted map of the starry sky. In the center of the map is a group of Orion-Sirius, in which Orion is in the west of Sirius, instead of being in the east.

The orientation of the stars on the panel is such that the person lying in the grave sees Orion moving in the wrong direction.

Immanuel Velikavsky, in his book The Clash of the Worlds, suggested that the celestial sphere was overturned as a result of a worldwide cataclysm that occurred about 12,000 years ago and caused a change in the slope of the ecliptic plane by only 6 degrees; nevertheless, this could be enough to cause Chain reaction.

However, there is a simple and rational explanation for this astronomical anomaly in the tomb of Senmut, which has not yet been taken into account. In ancient times, the north and south were not determined according to the magnetic poles, but by the position of the sun.

The current position of the stars

The sun rose in the east, in the west it went beyond the horizon. According to the position of the sun at the zenith, the direction to the south was determined, where the place of the sun god Ra was located.

This astronomical picture, going far beyond the simple agricultural calendar, was very important for the Egyptians. Unfortunately, for centuries it lost its meaning and was distorted by official history. But at least now, we can understand what sky our ancestors looked at.