The mystery of the stone library of Chinese monk Chinana 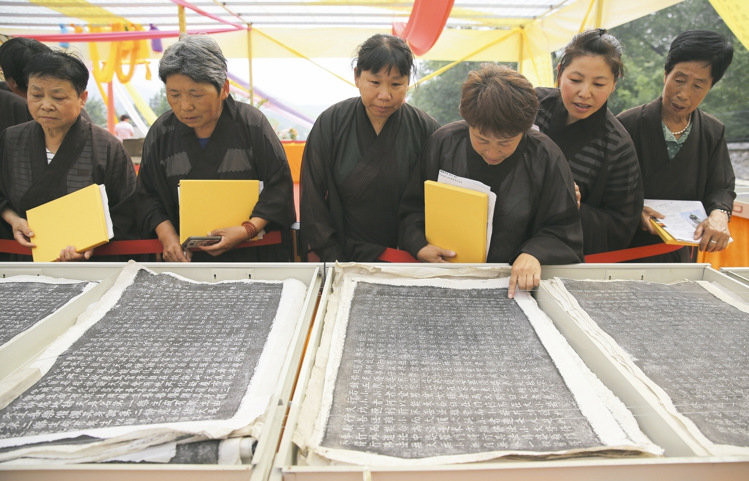 A small Buddhist Shrine Fayuan si Buddhist temple, the source of Dharma is in the heart of modern Beijing. Only few insiders know that it contains a priceless treasure that can not be measured any gold, paper lists wills of Buddhist monks from the ancient monastery. Paper tapes copied characters with 15 thousand stone slabs.

Copies of the carefully folded coils and cataloged as the funds of a large library. 30 million characters of these inscriptions are clearly visible, and they can be read despite the archaic nature and complexity of the text.

But this colossal work of modern Buddhist monks did not have enough knowledge, and at the invitation of the Chinese government on the decipherment of the texts employs a German specialist in the history of East Asian art, Heidelberg University Professor Lothar Ledderose.

It all began in 1956 in the village school stone steles with hieroglyphs containing a precise indication of where to look for hidden under the ground of values: “Under the pagoda, one step to the side, hidden in an underground hideout 4500 stones with sutras…” So the people of XX century first learned about the great stone library.

Monastery Unsui (Cloud abode), founded in the VI century, lies on the banks of a small river in the spurs of the mountain range just 80 kilometers from Beijing. One of the monks confidently showed the Professor Ledderose, where stood the South pagoda. Archaeologists quickly found what he was looking for 10 thousand stone slabs.

Large, smoothly polished plates close to each other not close. The monks prudently filled all the gaps between them soft loess ground, so the stones do not touch. The characters remained intact.

Findings were examined and photographed. In addition, with each plate made the imprint: on wet paper caused a layer of black mascara and pressed to the surface plate, so that the paper remained negative signs.

These impressions were transported to Beijing. For several decades, the plate lying on the surface and the visitors to the monastery can see them. Then the monks noticed that the Sandstone on which are carved texts began to crumble, crumble, and on some plates the characters completely crumbled.

And for the preservation of the ancient plates in the monastery in 1999, built an underground storage facility, equipped with the latest technology.

The Abbot of the monastery, tsinhua said about the new store: “It saved the millennial Sutra and comforts of our ancestors.” Ancient writings contain compiled for the distant future generations will Chinese monks vast body of knowledge accumulated advanced civilization in the period of its greatest prosperity.

Buddhist monks have preserved for posterity the sutras of Lord Buddha and his commandments for believers — detailed instructions for all occasions: how to plant and grow trees to help nature, to avoid famine and pestilence…

It contains centuries-old knowledge about the person: medical facts, ethical requirements and very strict rules regulating daily life. For example, after bathing, it was impossible to use aromatic oils is permitted only until noon once a week, always fasted the whole day nothing to eat. But the most important is the prohibition — not to eat meat!

But a natural question arises: why do the monks put so much effort polishing the stone slabs and carving on them the characters, because China has long been invented paper and woodblock printing method, and the tenth century has already been used printing mobile print?

Professor Ledderose deciphered the record of nine caves, which with the greatest difficulty hollowed out the monks in the rocky mountains.

Now you can see only one of them is the cave of Thunderous peals. About 600 young monk Cinven made a solemn vow — to preserve for the distant future, the main knowledge about the world. He punched in the rock cave and laid her on the inside stone plates with embossed characters on them. This is the first 147 pages of the 15 thousand pieces of stone book. They originally had to lie in secret vault for centuries.

The first inscription is a dedication found on the casket with the relics — a silver jewelry box decorated with pearls. Chinwag buried her in the cave, and the old object later became a Buddhist Shrine. The right of the entrance in the year 628 resistant monk made a sign: an ominous prophecy about the imminent destruction of mankind and the gloomy predictions of the coming of the universal darkness.

It is unclear who designed these ominous warnings. Maybe that’s us? The stone library has not got neither the contemporaries, nor the next generations — because it was hidden and forgotten. The entrance to the cave of the Thunder peals, the monks filled up very heavy boulders.

Through the narrow gap using of compact photographic equipment you can see a table with the characters — in total, there are 5000 stone slabs. The characters on them are clear that the Professor was able Ledderose something to read on the screen: a Chinese monk of the VII century listed there, the most important eternal truths that need to know the chosen few to survive the end of the world. 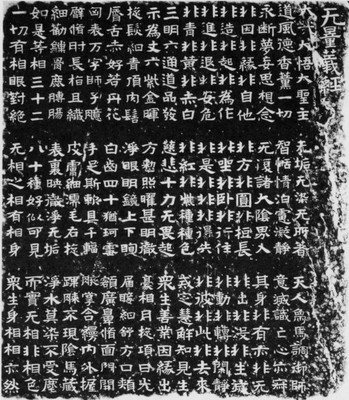 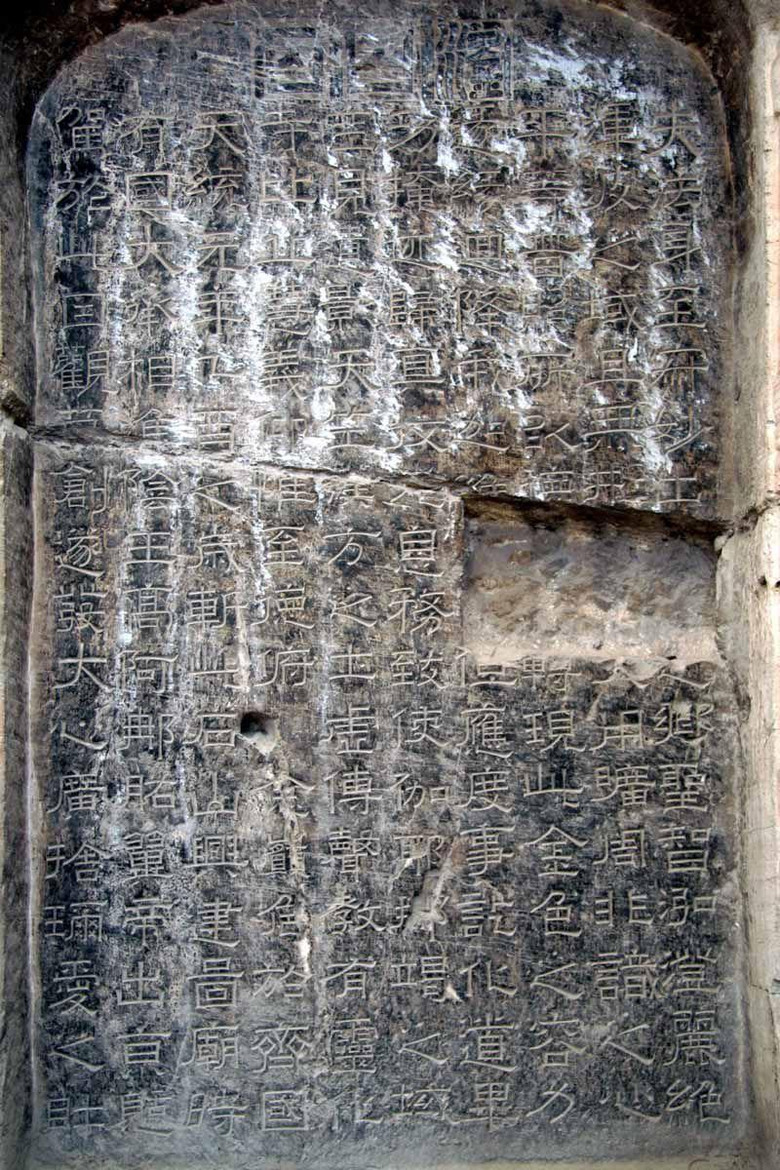 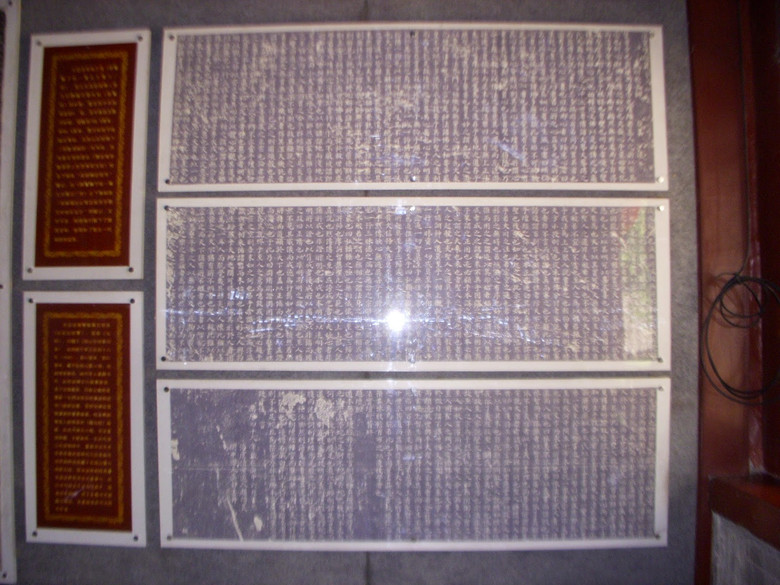 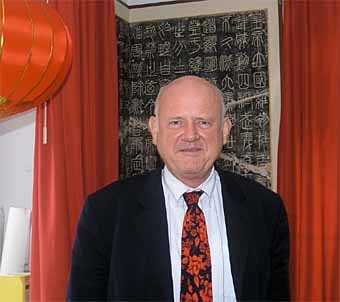 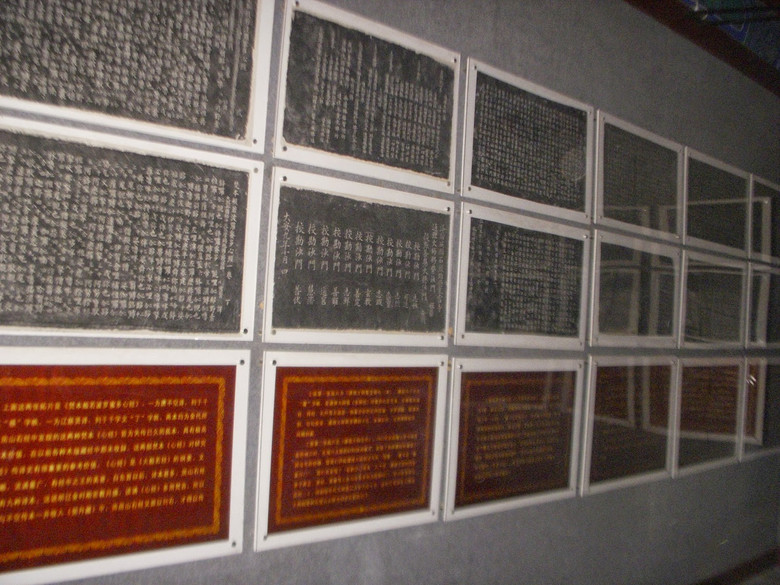 The apocalyptic prophesies of a long-deceased Chinese sage amazingly accurate and terrifyingly relevant: in the woods will rage ruthless fires, the turbulent flow will flood the fertile fields and cities — natural disasters devastate the Land, and eventually it will become uninhabitable.

The loss of cattle, an unknown disease, famine and turmoil will destroy mankind. Only the elect will be saved, they will be removed from the world in the inaccessible mountains, and live in deep caves according to the precepts of the Buddha. Professor Ledderose deciphered 30 texts, which describes in detail how this should happen.

That’s why Buddhist monks on the eve of the destruction of humanity captures valuable knowledge about the world is eternal and imperishable material. They hid the “stone book” in the uninhabited mountains, where they had to survive during a disaster. They thought that you can’t get there no floods, no forest fires. The thickness of the mountain protects the city from hurricanes and the sky falling rocks ” — meteorite.

But back in Beijing, where Lothar Ledderose decrypts the leaves of the stone book, written by several generations of Buddhist monks.

A German scientist got to the florid allegorical story, the meaning of which boils down to the stunning news: there is a second stone library, giant size, on top of not hidden, but lying in the open mountain slope, 500 km South of Beijing.

At the foot of the sacred mountain is located the temple in honor of the great Chinese prophet Mencius, a follower of Confucius, who lived in 372-289 BCE Stones with hieroglyphs lay on top, randomly scattered on the slopes of the mountain. Whether inscriptions on them with the prophecies of the “stone book” is unknown.

Until about the middle elevation of the mountains are the worn stairs — there was perched a small monastery. 90-year-old Abbot of the monastery warmly opens the door and genuinely enjoys unexpected visitors: he lives there alone. On the question of the hieroglyphs on the stones says that well knows: “These stones lay here forever.”

Stones carved with hieroglyphs lie on the slope above the monastery. The ascent is very difficult, and on top suddenly opened wide plateau. Lothar Ledderose and his two Chinese colleagues saw engraved on the stones of the giant characters, the size of which was clearly not designed for human perception! Some of them have half-meter height, and the other located on the cliffs and see them from below impossible.

But if large and clear signs are placed at such places where people can not see, so they had to see someone else. But who? Supernatural beings — gods, angels, spirits, or ancestors? And maybe aliens?

Lederhose believes they were carved 30 years earlier than the first plate of the “stone library”. He suggests that the young monk Chinwag knew about these giant letters, and they told him the idea to write down main knowledge on stone and hide for the few righteous who will survive the end of the world.