The Mystery of the Terterian Clay Tablets 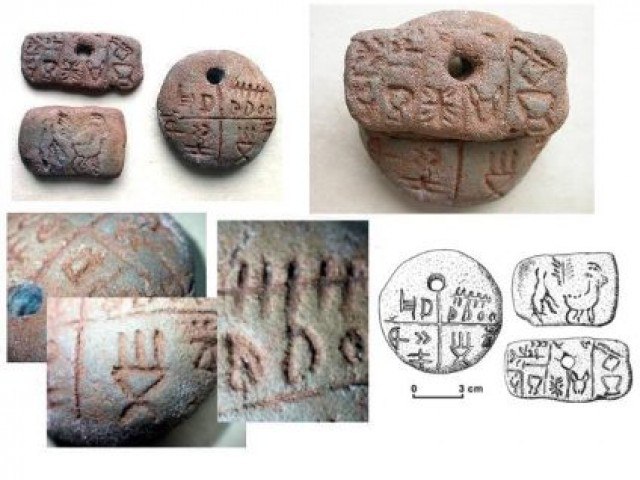 In 1961, the scientific world flew around the news of an archaeological sensation. No, the thunder of the great discovery did not sound from Egypt or Mesopotamia. An unexpected finding was discovered in Transylvania, in the small Romanian village Terterii.

What amazed the erudite husbands of science about antiquities? Perhaps scientists have stumbled upon the richest burial like the tomb of Tutankhamun? Or did they see a masterpiece of ancient art? Nothing like this. General excitement was caused by three tiny clay tablets.

For they were covered with mysterious figurative signs, strikingly reminiscent of the Sumerian pictographic writing of the end of the 4th millennium BC, as noted by the author of an outstanding discovery, the Romanian archaeologist N. Vlassa. E.

But archaeologists were waiting for another surprise. Found the plates were 1000 years older than the Sumerian! It remained to be guessed: how almost the most ancient (to this day) letter in the history of mankind, almost 7 thousand years ago, far beyond the glorified ancient Eastern civilizations, where it was not expected at all?

The Sumerians in Transylvania?

In 1965 the German Sumerologist Adam Falkenstein suggested that the writing originated in Terteria under the influence of Sumer. He was opposed by MS Hood, arguing that the Teterian tablets had nothing to do with writing at all. He claimed that the Sumerian merchants once visited Transylvania, that’s their tablets and were copied by the natives. Of course, the meaning of the tablets was clear to the Terterians was not, however, it did not prevent them from using them in religious rites.

There is no disagreement, the ideas of Hood and Falkenstein are original, but there are also weak points in them. How to explain the gap in the whole millennium between the appearance of the Teterian and Sumerian tablets? And is it possible to copy something that does not yet exist?

Other specialists associated the terterian writing with Crete, but here the failure in time has already reached two millennia.

Not left without attention is the opening of N. Vlas and us. On the instructions of Doctor of Historical Sciences TS Passek, the young archaeologist V. Titov investigated the question of the stay of the Sumerians in Transylvania. The bonds, to a common opinion about the essence of the terterian riddle, never came. However, expert-Sumerologist of the laboratory of the Institute of Archeology of the USSR Academy of Sciences A. Kifishin, after analyzing the accumulated material, came to the conclusions:

1. The Teterian tablets are a fragment of the widespread system of writing of local origin.

2. The text of one tablet lists six ancient totems that coincide with the “list” of the Sumerian city of Jamdet-Iasra, as well as a seal from the burial belonging to the Hungarian culture of Keresh.

3. The signs on this plate should be read in a circle in a counter-clockwise direction.

4. The content of the inscription (if read in Sumerian) is confirmed by a find in the same Terteria of the dismembered corpse of a man, which is a sign of the existence of the ancient Transylvanians ritual cannibalism.

5. The name of the local god Shaue is identical with the Sumerian god Usmu. This tablet was translated as follows: “In the reign of the fortieth for the mouth of the god Shaue, the elder was burned according to the ritual. This is the tenth. ”

So what does the Terterian tablets still contain? There is no direct answer yet. But it is clear: only the study of the entire complex of cultural monuments of Turdash-Vinci (namely, Terteria belongs to it) can bring us closer to unraveling the mystery of the three clay tablets.