The mystery of the vanished yacht 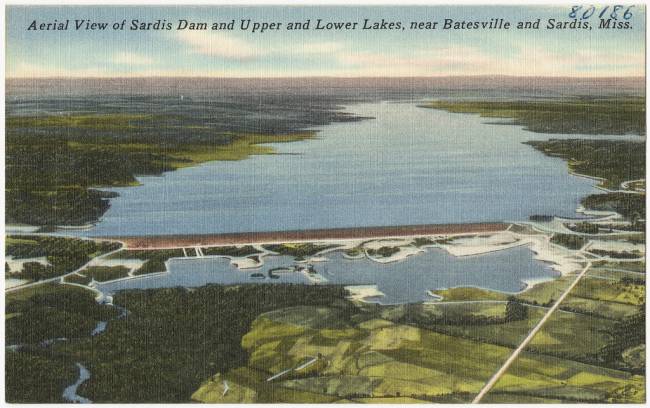 In the history of mankind – both ancient and modern – many cases of inexplicable and irretrievable disappearance of people, as individuals, as well as crews of cars, ships and aircraft, as well as entire military units, have been recorded.

No less mysteriously and completely without a trace cars, sea, river and aircraft, and even train trains, sometimes disappear. True, the results of investigations of the majority of such disappearances make it possible to express more or less plausible assumptions about their nature and “mechanism”. However, there are such incidents, which can not be explained from the position of common sense. Here is one of these cases and will be discussed below.

At first no one considered this incident, which occurred in 1956, mysterious – neither the yacht owners, nor the insurance company, nor the detective invited to investigate the case. And the matter was that a large – in size with a barge – a luxurious pleasure boat one night disappeared without a trace from its “water basin”.

The missing yacht was the largest vessel in the vast expanses of the Sardis Dam dam, 10 miles from Batesville, in the north of Mississippi. Nearby residents considered the reservoir a great place for recreation and fishing. True, some did not like it, when on the water, scouring fish, rushed such a hulk with a noisy merry public on board.

Of course, the ship was insured for a large sum. It belonged to several co-owners, including the famous writer William Faulkner, who lived in Oxford, a town not far from the reservoir.

On the eve of that night, one of the owners all day, rolled on the yacht of his guests. In the evening she was anchored about 150 meters from the dam, and she was clearly visible from the shore. The next morning it was discovered that there was no yacht in the parking lot.

Assessment of the situation

A day later, Detective Stan Reynolds, an experienced specialist with 25 years of experience, well-known in New Orleans, Los Angeles and Atlanta, came to investigate the incident. The local authorities met him kindly, but showed little interest in what happened.

Yes, and the detective work seemed routine – to find a ship that sank in the lake or sheltered in coastal thickets is not difficult. In the nearby unit of engineering troops, he obtained a plan with the relief of the bottom of the reservoir and its depths. Having studied the plan, as well as the terrain around the reservoir, he decided that the yacht should be within its limits – on water or under water.

The only ramp that existed at the time for lifting vessels to land and descending into the water was clearly visible from all sides. The river that feeds the reservoir was too narrow and shallow, and it is simply impossible to lift such a vessel up in a secluded place along a steep bank and drag it off-road in a swampy and dense forest.

The beginning of unsuccessful searches

In the nearest aero club Reynolds hired a light aircraft with a pilot, and they, flying at low altitude, systematically surveyed the entire surface of the reservoir and the coastal zone. And they found nothing. If the boat sank at a shallow depth, it would be visible from above. Moreover, if the yacht in general sank, on the surface of the lake would certainly remain some details of its equipment – wooden furniture, utensils, rescue equipment.

Even if the surface of the yacht had burnt to the waterline, its burnt pieces would float in the water, and finally, just charcoals and coals. But it was not possible to discover anything like that anywhere.

After this failure, the detective, as they say, “zalelo.” Reynolds arranged with the local old resident, an expert on these places, and on his boat they together examined the whole lake. The deepest places were spread by cats – small four-pronged anchors. However, they raised from the bottom only sunken boughs and garbage.

In this situation, common sense was not contradicted by the only version: at night the yacht was dragged to the dry land along the ramp. But this would require good lighting and powerful winches, and the operation itself would produce a strong noise. Reynolds interviewed local residents, whose houses were located near the ramp. None of them saw or heard anything unusual that night.

In the twilight the detective went to the dam and talked to the fishermen who settled on it. Many fished here that night, and remembered that before dark they saw a yacht anchored near a dam. But all around it was quiet and peaceful – no explosion, no fire, no noise. And everyone was kicking well.

History, which was initially simple and boring, became completely incomprehensible. More and more facts spoke for the fact that yachts are neither on the lake nor in its depths. But how could she have disappeared from there? Even if there was a way to extract it from the water without using the ramp, then, where it happened, there should be clear traces: deep furrows in the coastal ground, broken branches and trunks of young trees. But along the shoreline there were no such traces.

The detective again carefully examined the ramp. If the malefactors succeeded in dragging the yacht along it so that the surrounding inhabitants saw nothing and did not hear (which is unlikely), or enlist their promise to keep what they saw and heard in secret (which is even less likely), then they faced another problem.

To transport a yacht they would need a trailer with a trailer-platform, and his driver would have to get permission to transport oversized cargo. But no one approached the traffic police department for this permission, but by the post, located where the only road coming from the dam is pouring into the motorway, such a road train did not pass.

The intrigues of the aliens?

So, the yacht could not be taken out of the reservoir. So it sank, and previous attempts to find it at the bottom were unsuccessful. It was necessary to undertake a new one.

The next morning, the bottom was surveyed by a diver in all the deepest parts of the lake. After a few hours it became clear that there were no yachts at the bottom of the lake.

It remained to be assumed that that night, in the darkness and absolutely noiselessly, some aircraft caught the yacht with cables and carried away from the lake through the air. But vehicles that could do this did not exist at that time.

So, in fact, nothing, the investigation of this strange incident has ended. The insurance company refused to reimburse the owners of the vessel for the damage suffered by them. She referred to the fact that insurance does not cover the case when its object disappears under unclear circumstances.

It only remains to add that in the 1950s people often reported on their observations of UFOs. And Reynolds thought that the yacht could be dragged by some alien spaceship. Moreover, he soon became aware of a case confirming such an opportunity. Two fishermen were kidnapped from the coast of the Gulf of Mexico in the Paskagul area at night. They claimed that the aliens had transferred them to their spacecraft, examined them comprehensively, and then returned them back to the boat. Fishermen were known as honest and respectable people, they successfully passed the lie detector test.

So, maybe the same extraterrestrials, far ahead of the earthlings in the development of technology, were able to steal a huge yacht from Lake Sardis quietly and silently? But why? And what happened to her then?

There are still no answers to these questions …