The mystery of unknown civilization in the foothills of Elbrus 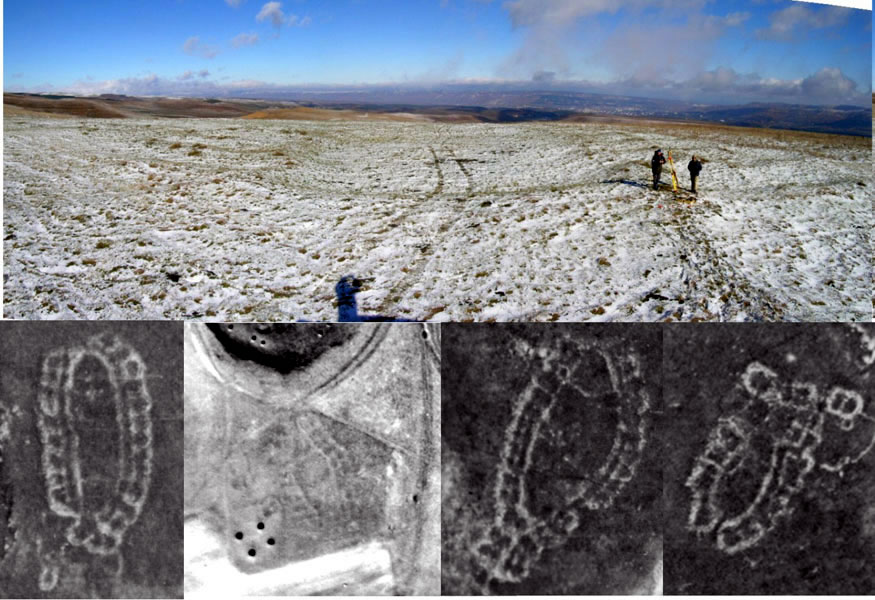 On the Kabardian ridge, in the foothills of mount Elbrus, the archaeologists found about two hundred ancient settlements, built on the same architectural plan.

It is time to talk about the opening once existed an unknown civilization. Yes, but the thing — scientists are in confusion because they can not understand the material samples any culture they encountered. On this subject we can only speculate.

According to a single plan

The discovery was made by chance: a group of scientists toured by car the surrounding area of the Kislovodsk basin, unique Piedmont area in the North Caucasus, sandwiched between the mountain Small jinal and Borgustanskaya a ridge and surrounded by rivers Escalona, Alikonovka, birch and ol’khovka. Experts tied the aerial to the GPS coordinates, making archaeological and geographical information system. The region for its development chose not without reason: here in the area of 350 square kilometers, there are about 800 monuments of different historical periods. One of these days at an altitude of 1500 meters, where 8 months of the year covered with snow, walking the cold winds, and the vegetation is scanty and monotonous, Dmitry Korobov and researcher at the Eurasian Department of the German archaeological Institute doctor of archaeology Sabine Reinhold drew attention to the unusual stone disintegrated. On the ground was clearly visible the outlines of the foundations of houses. “At first we thought that this discovery is nothing special — said “Results” Dmitry Korobov. — Another settlement of the Koban culture, which at the turn of II and I millennia BC was extended to the Caucasus, from the upper Kuban to Dagestan.”

However, two days later, when the archaeologist decided to consider the finding on aerial photography made in Soviet times, he saw an unusually distinct pattern of settlement consisting of a Central square and lining the double row of houses. “Such a structure, symmetrical, neat, made according to a single plan, the region still has not been met,” the scientist said. But what was his surprise when the other pictures he saw 12 same settlements, located at a distance of 3-4 kilometers from each other. But this was only the beginning. When Sabine Reinhold, along with the Director of state unitary enterprise “Heritage” of the Ministry of culture of Stavropol region, candidate of historical Sciences Andrey Belinsky examined aerial photography of other areas, we found a total of about 160, just exactly the same settlements. They all had an elongated shape and the same size — about 70 metres in length and 50 in width. That’s about half a football field. Each settlement consisted of 20-30 two-bedroom houses built close to each other as if on a single plan. “The impression is that people came, cleared the rock and the mainland, immediately lifted all the houses,” continues Dmitry Korobov.

Life on the edge

It should be noted this fact: each village has opened a direct view of mount Elbrus. And it is hardly a coincidence. It seems that the people who came here, chose a place with such a calculation, so you can see the mountain. Elbrus — the giant of the Caucasus mountains. It was long considered the greatest in the world. He has long attracted the attention and eyes of the Caucasian mountaineers. The Tatars called him “the only one of thousands of mountains”, the Circassians — the “mountain of the blessed”, Kabardin — “the throne of the ruler of the universe and the king of spirits”. Already some of these names speak of the great respect which entertained local residents to the mountain. Probably a special cult of worship of mount Elbrus were and those who were built around the mountain.

On the structure of the settlement is somewhat like FORTS or strongholds. People came to the Central square through a single entrance, which for some reason was always directed strictly to the North. But the story of defensive fortifications shallows almost immediately, as the doors of the houses outside the walls of settlements. Archaeologists have suggested that settlements could be a temporary structure for the shepherds. However, the house was too good to perform the function of a shepherd’s shelters. The walls are semi-circular, as the apse of the Church. The facades were clad in white stone, obviously not to that they admired the sheep. And yet the house had dvuhventilnye the walls with a massive gate openings. In the rough wall is clearly discerned the idea of beauty, which is uncharacteristic of other monuments of the Koban culture. In General, the settlement when viewed from above looked like a Daisy with petals. There’s no scientific answer to the question, where was taken the material for construction. According to estimates of archaeologists, the stone which now lies on the site of the former settlements, would be enough for only the plinth height of about one meter. 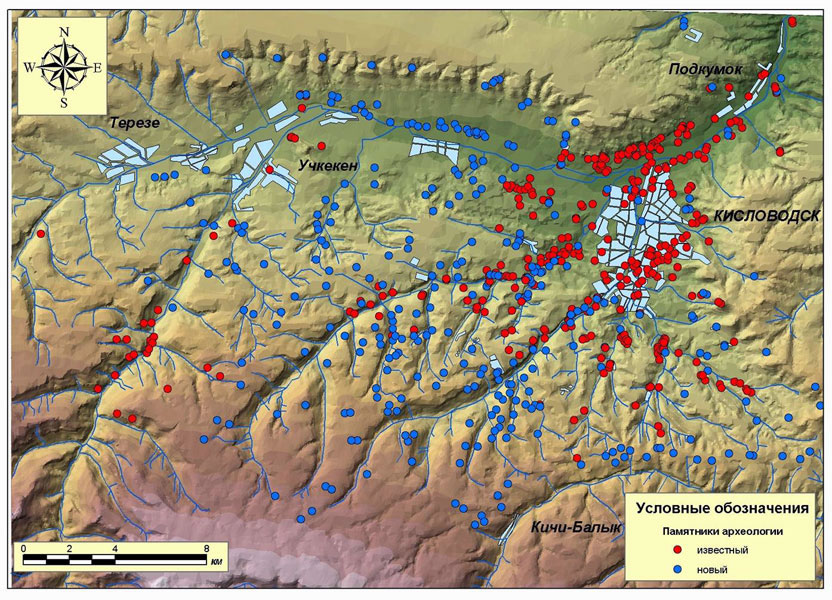 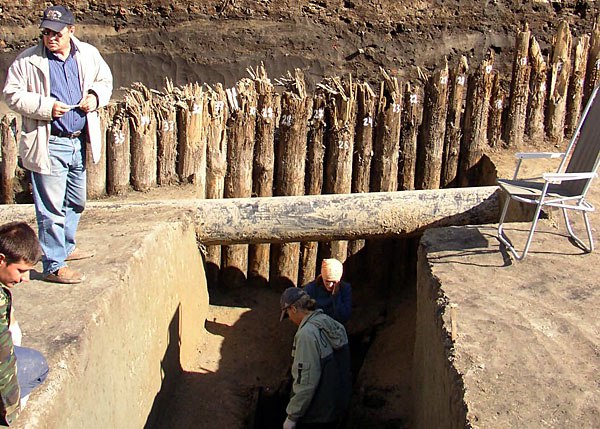 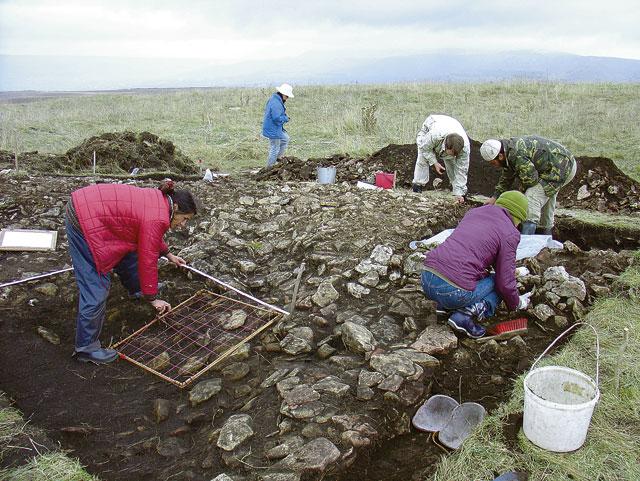 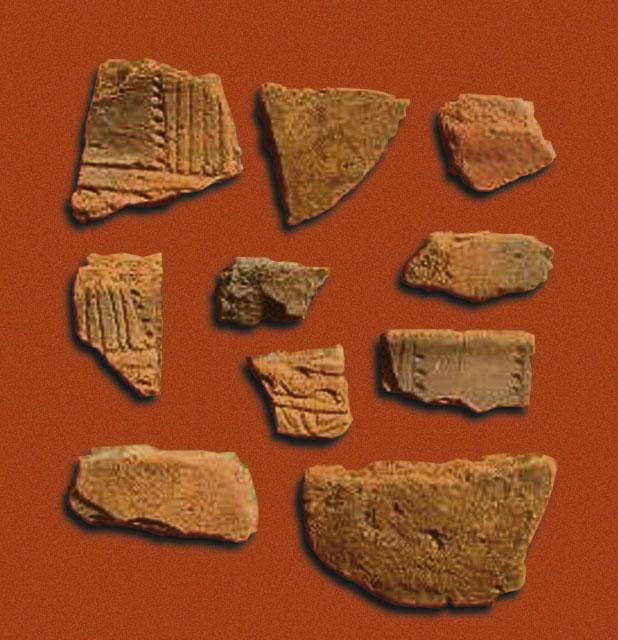 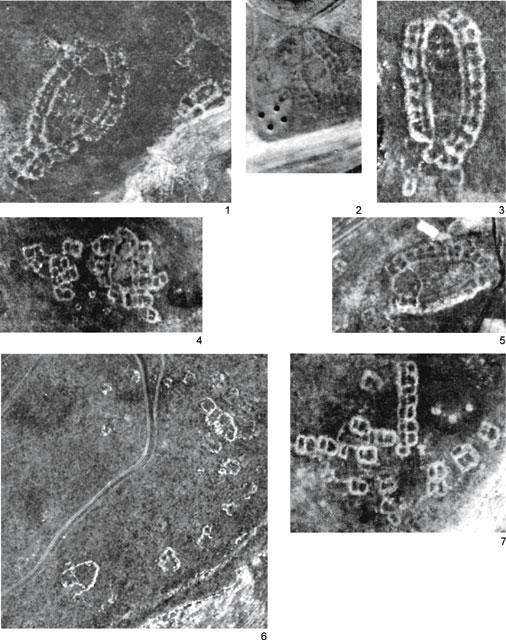 According to approximate calculations of scientists, in all the 160 settlements at the same time could live about 25 thousand people. About the long-term and permanent residence there, people speak a huge number of finds. From the excavation of one two-bedroom house area of about 300 square meters, the archaeologists have removed about 30 thousand fragments of delicately ornamented pottery. Using radiocarbon Dating, scientists have found that the settlements belong to the IX—XIII centuries BC. In those days the climate in the Kabardian ridge was much softer this — in the year, there were about 300 Sunny days and average January temperature was near zero. This allowed us to live at this altitude. And 1400 meters, only the lower boundary of the settlements, and the top reached to the level of 2400 metres. It’s already the middle of the mountain, where now there is no natural protection from weather conditions.

In turn, most of the Kislovodsk basin, where were found the monuments of the Koban culture, as shown by microclimatic modeling, stood in those distant ages a terrible heat. Maybe because people went up into the mountains? Archaeologists believe that the local people were mainly engaged in cattle breeding and agriculture. In the vicinity of settlements found the bones of large animals, fragments of bronze sickles, stone grain grinders and grain. By the way, arable farming has never been essential kubantsam. This is another argument in favor of the fact that the mountain plateau was inhabited by some unknown people. Interestingly, the structure of settlements and their similarity can indicate that the social structure of this nation was like a commune. In addition, among all the settlements is impossible to allocate at least one that could be considered the center or capital.

Mysterious people disappeared mysteriously. After the ninth century BC, the people who lived in the foothills of mount Elbrus, left their homes and gone. Archaeologists suggest that they went down into the Kislovodsk basin, due to the cold snap. However, well-studied Kabantsev that populated the area is not found even half of the signs of culture of the people with the Kabardian ridge. Moreover, on a mountain plateau between 160 villages, spread over 90 km from East to West and 30 kilometers from North to South, scientists are unable to find the remains of a single person.

Scientists hope that in the future will solve at least some of the riddles of the ancient inhabitants of the ridge. However, so far the list only are infinite, and the answer is not more. There is, for example, the assumption that these areas could reach the inhabitants of Arkaim — a big settlement that prospered behind Urals in the III—II Millennium BC, also disappeared. They also had developed architecture, and the city was built on a single design that is an extreme rarity for civilizations of those times. Maybe it was a totally new civilization, which originated in the foothills of Elbrus, and then went to another region to build their cities and municipalities. It is possible that archaeologists will ever find traces of it in the same way by chance, like the settlements on the Kabardian ridge.