The native population of America came from 250 first settlers 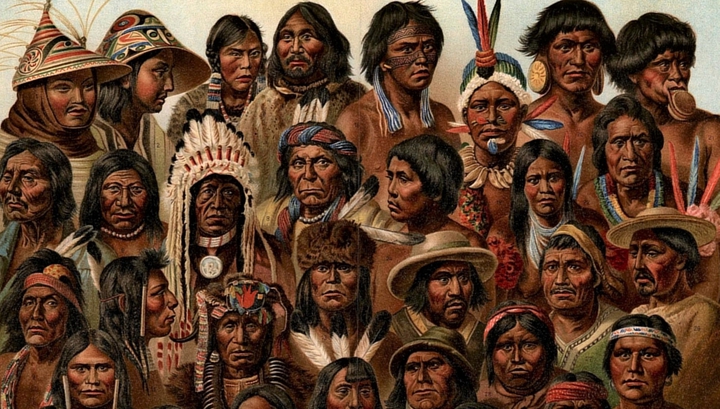 A team of geneticists and anthropologists from the University of Kansas found out how numerous a group of people became pioneers and first inhabitants of America (meaning the part of the world that unites both continents – North and South America).

We will explain that to the number of Native Americans today belong a lot of people – the Indians of Canada, the people of Alaska, Hawaiians, Mexican Americans, Eskimos, Aleuts and many other different tribes.

But how did all these peoples form and what was the size of the “fundamental”, as the authors themselves called it, the population of America? Despite the numerous genetic studies, scientists previously could not reach a consensus on this issue. And only now the new analysis gave the final amazing figure: the population of the very first inhabitants of America was only 250 people.

The authors of this work also took into account the data obtained earlier. Recall that before geneticists have proved the connection of Native Americans with ancient Europeans and Asians, including, we are talking about Chinese and Siberian roots.

One of the authors of the study, Professor of Anthropology, Michael Crawford (Michael Crawford) notes: “The transition from several hundred founders to about 40 million inhabitants of the North and South Americas, who ultimately live in different conditions to which they adapt, is an interesting material. about understanding how evolution works from the point of view of genetic diversity. ”

To learn more about the first settlers, Crawford, along with colleagues, studied samples of non-coding DNA collected from representatives of peoples who migrated to the New World (by the way, disputes about the number of migration waves do not abate so far).

Sequencing parts of the DNA of nine different regions of the genome, scientists were able to build computer models and determine the size of populations, as well as the speed of their distribution. This analysis showed that initially the group of settlers comprised a minimum of 229 and a maximum of 300 people. Most likely, there were about 250 of them.

These data, according to experts, are extremely important for the determination of genetic markers characterizing the later developed indigenous peoples of America. In particular, scientists will be able to assess their so-called adaptive potential and rate of mutations, and, perhaps, put an end to the debate about how many waves of migration there were.

By the way, Michael Crawford studied genetic markers of Siberian peoples, as well as Aleuts and Eskimos since 1989. He also led the first anthropological expedition that visited Siberia after the collapse of the Soviet Union.

It was his team in 2015 that found out that the ancestors of modern Americans made the transition from Siberia to America via the Bering Strait 23 thousand years ago (rather than 13 thousand years ago, as previously thought). Then this group of people divided into Indians and Athabaskans and began to develop new territories.

“It was not something like an agreement:” Let’s go further. “It was a natural division of groups of hunters and gatherers.As the birth rate increased in one of the groups, it was divided into new” clans “[and moved farther and farther ] So they reached Argentina in 15 thousand years, “concludes Crawford.

A scientific article with a more detailed description of this study was published in the Genetics and Molecular Biology.