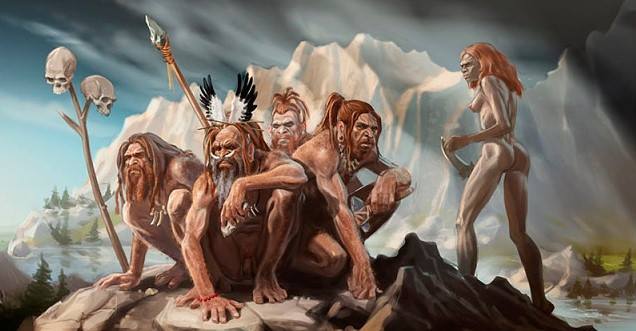 Two skulls were discovered in the 1930s on the outskirts of the Italian capital in the town of Sakkopastore. Scientists have proved that their age is 250 thousand years. The oldest tribe of Neanderthals, whose traces were preserved in Europe, lived in the valley of the river Anene in the territory of modern Rome.

Researchers at the Italian National Institute of Geophysics and Volcanology, together with paleontologists from the Roman universities of Sapienza, Tor Vergata and Roma Tre, documented the guesses regarding the age of the two skulls of the early Neanderthals found in the 1930s on the outskirts of Rome in the town of Sakkopastor. Originally they dated 80-125 thousand years. Now, after carrying out a detailed analysis, it was proved that the bones of people and animals found in the valley of Anien are 250 thousand years old.

The results of recent studies suggest new scenarios about migrations of ancient tribes along the Old Continent. “Remains from the valley of Anien show that it was there that the most ancient Neanderthals lived in Europe, 250 thousand years ago there was the so-called new wave of settling of Europe, and it is very likely that due to the climatic conditions the Apennine peninsula could be at the center of this process, Suggest researchers.

The official date of the founding of Rome is April 21, 753 BC. The founders of the city are Romulus and Remus, who, in their turn, according to the myth, go back to the genus of Aeneas who fled from the defeated Troy. He himself or his descendants built the city of Alba Long on the banks of the Tiber. But all this does not mean that the hills on which Rome was destined to grow up were not inhabited even earlier. Archaeologists have found in the Roman Forum burial site, which 10 thousand years.