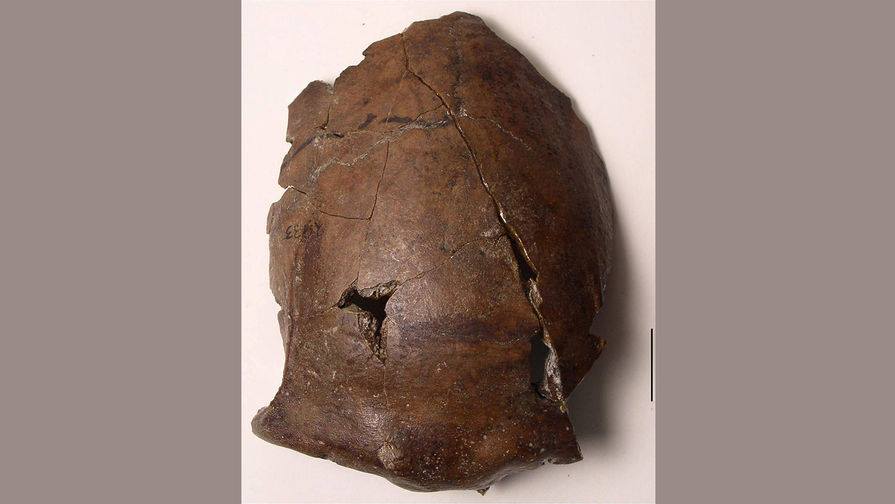 The age of the skull is about 6000 years and this is still the oldest of the remains of the victims of the tsunami.

Paleontologists investigated a large skull fragment found in the city of Aitape in Papua New Guinea in the age of 6000 years and came to the conclusion that its owner evidently died during the tsunami. These are the most ancient remains of the tsunami victim, known at the present time.

The skull in 1929 was found by the Australian geologist Paul Hossfield. He extracted it from the ground and described the region where it was found, but did not analyze the precipitation in which it was located. In addition, earlier estimates of the age of the skull were significantly overstated – it was assumed that it was up to 140 thousand years old.

Thanks to modern methods of dating, it was possible to establish that the age of the skull is 5-6 thousand years. At this time, the level of the ocean was higher and the Aitape was closer to the shoreline.

Scientists visited the site of the find and took soil samples. The analysis revealed the content of the remains of unicellular organisms – diatom algae. They are enclosed in a “shell” of silicon dioxide, which is stored in sediments after the death of the body.

Diatom algae are useful in studying the environment – with their help you can determine the age of precipitation and recreate the environmental conditions for a certain period. In this case, they allowed to find out what happened in the region where the skull was found.

“The sediments contain diatoms, which got there with ocean waves so strong that they could damage their shells,” explains researcher Mark Golitko from the University of Notre Dame in the United States.
According to the scientists’ calculations, a tsunami occurred in the region, equal in force to what was in Papua New Guinea in 1998. Then the earthquake led to the emergence of waves 15 meters high. Thousands of residents were left homeless, more than 2,000 people died.

“We believe that, like in 1998, one or more large waves suddenly covered the coast, flooding the coastal villages and literally washing away the buildings and everyone who lived there in the swamps and lagoons that dot the coast,” Galitko said.

“Given the evidence we have available, we are more convinced than ever that this person either died during the tsunami, or it washed away his grave and took the skull here, where he had been lying for the last 6,000 years,
– says researcher James Goff from the University of New South Wales in Australia. However, Golitko believes the second scenario is very unlikely.

According to the researchers, further study of the region will help to understand how people adapt to life in areas prone to natural disasters.
“If we are right about the cause of this man’s death, we have colorful proof that life by the sea is not always beautiful golden sunsets and excellent conditions for surfing. The skull shows that here, as well as anywhere, natural disasters can suddenly turn everything upside down.
Perhaps the discovery will help us as scientists to convince skeptics that we all need to take climate change seriously and sea level rise seriously and treat them as threats, because they are what they are,
– concludes another member of the team, John Terrell of the Field Museum of Natural History.

Earlier this year, archaeologists found in the Indonesian cave a “chronicle” of the tsunami over the past 5000 years. Formed by the wave activity of coastal waters, the L-shaped cave is located on the west coast of Sumatra, near the city of Banda Aceh, which suffered in 2004 from a devastating tsunami.

The stratigraphic section consists of alternating layers of sand, bat bats and debris brought by the tsunami 7900-2900 years ago. Later deposits were destroyed during the 2004 tsunami. In total, the cave contains traces of 11 tsunamis. Two millennia passed without a tsunami, but in one of the centuries there were four of them.