The Peruvian tomb found the skeletons of the Chinese 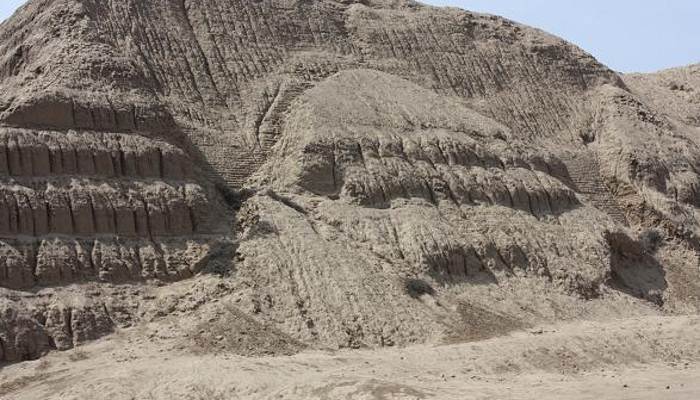 Archaeologists studying the Bellavista pyramid, in Lima, which dates back to 1100 AD, discovered human remains that were identified as Chinese. Even more mysteriously, 16 skeletons appeared to have been placed there in the late 1800s. How could this happen?

Before we delve into this mystery of the pyramid, let’s look at the Peruvian pyramids. The local word for these structures is “huaka”, and they are found everywhere in Peru from the jungle to the capital of Lima, where there are many. They were built by people from pre-Colombian cultures in the area, primarily as religious or cultural centers, and were used as tombs for elite members of society.

Huaks were used before the arrival of Europeans, when they were either destroyed, or left after they were designated as “pagan” symbols. Fortunately, the Ministry of Culture of Peru and especially the Government of Lima are working to preserve the remaining huacas, sometimes simply protecting them, as well as digging and preserving their contents for study.

This brings us to the pyramid or huak in the Bellavista area in Peru. According to Roxana Gomez, the leading archaeologist, this huaca, along with at least 15 others, belonged to the culture of Ichma, which lived in the area from 1000 to 1400 years ago, when it was absorbed by the Incas. Under no circumstances will history show any contact between Ichma and China. Thus, this week the Ministry of Culture reported that the discovery of 16 Chinese skeletons was a shock, but not for reasons you might think about.

Peru, along with many other South American countries, actively used slave labor until this practice was abolished in 1854. As in North America, it was often replaced by bonded slavery. Peruvian cotton farmers “hired” Chinese workers before the 20th century, when they were replaced by machines. It is not surprising that a country so dependent on slaves and migrant workers did not allow them to be buried in Catholic cemeteries. Thus, the Chinese, knowing the religious purpose of the abandoned Huaks, used them for their graves.

“In one Chinese coffin, an opium pipe and a small ceramic vessel were included in the funeral ensemble.”

According to the news agency Peru, Gomez found that 11 corpses were buried in shrouds, but five buried later, were in wooden coffins with more fine clothing and accessories.