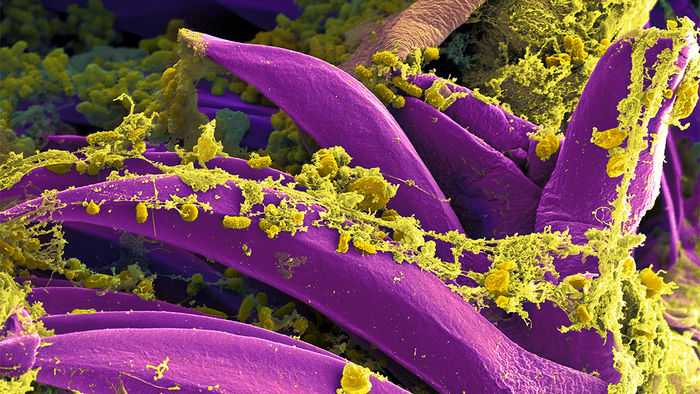 Biologists studied teeth and fragments of bones from 500 individual burials of the Upper Neolithic and Bronze Age. Analysis of the DNA extracted from 6 samples gave a full genome of the plaque bacterium (Yersinia pestis); the oldest of them lay in the land of 4,800 years.

Remains of people whose bones showed traces of plague bacillus were found in the territory of modern Germany, Lithuania, Russia, Croatia and Estonia. Samples from Russia and Estonia date back to earlier periods than the rest; moreover, they serve as perhaps the most ancient evidence of a human plague. As explained by Alexander Gerbig, a historian from the Historical Institute of the Max Planck Society, their dating roughly coincides with the dating of the DNA of a plague rod extracted from human remains found in the Altai.

One of the six strains of the bacterium turned out to be older than the other five and is identical to the strain extracted from a Siberian burial made 4800-4600 years ago. At this time, people who lived in the territory of modern Russia and Ukraine, began resettlement to the west, to Europe. It is possible that these migrants brought the plague to Eastern Europe.

The bacterium Yersinia pestis has caused several pandemics in Europe, including the largest – the epidemic of the “Black Death” of the XIV century, which, according to various estimates, destroyed from one third to two-thirds of Europe’s population.

Comparing the Bronze Age bacteria decoded by the neolithic plague genome gene, scientists came to the conclusion that in the Stone Age and later people were infected with one closely related strains of bacteria. This suggests that, despite the large distances between the distribution areas of people of the Stone Age, they became infected from each other. “The plague came to Europe several times, or it fell once and remained there,” one of the authors of the study, Aida Andrades Valtueña, theorizes.

The study is published in the journal Current Biology.