The predictions of the monk Ragno Nero 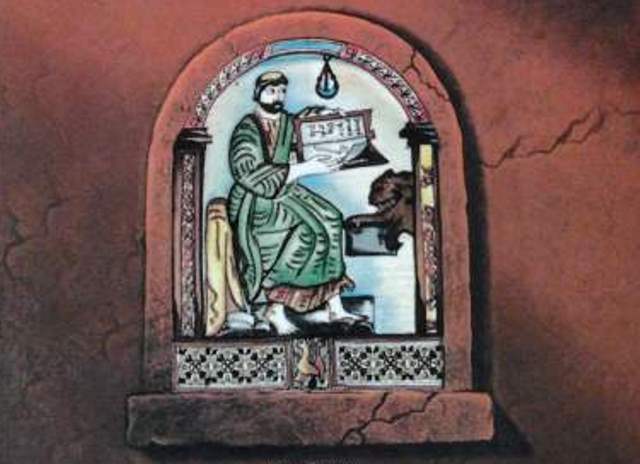 The exact dates of birth and death Ragno Nero unknown. There is evidence that he lived about the fourteenth century in Florence (Italy). An astrologer, fortune teller, Rano Nero (Raqno Nero, that in translation means “the Black spider”), was a Franciscan monk. It is likely that his real name is Federico Martelli. In 1972, in one of the monasteries in Bologna, he found his manuscript, the so-called “Eternal book”, the book is an Oracle.

It Nero and a half centuries before Nostradamus predicted the story of civilization our planet to 6323, inclusive, that is, to the 7th Millennium!

In 1981 and 1984 in Italy published a book B. Basher, a volume of 800 pages on the Nero manuscript and annotated to it. In their literary and artistic merit, a work Nero is inferior to the book of Nostradamus, written in a poetic style.

But if consciousness and the will of Nostradamus was constrained by the tenets of Christianity, Nero freely talked about various other religions. Often masquerading under the babble of the fool, he presented the esoteric (internal) history of mankind, putting its development in the future.

Sometimes his predictions are sketchy and full of naive exclamations (e.g. “Oh, I see the great eagle…”). But in the “Eternal book” many of the events specified exactly, some names are encrypted by letter. Luther, for example, simply called Martin. And next is the letter L.

Described in some detail the attempt on the Pope, who will wear the names of two apostles (John—Paul). Said that this would happen in the square will be two shots, one of them will hit the target, but dad is killed. Also predicted that it will shoot Turk-wicked and an attempt will be two, and one of them will get caught.

In Nero there is a prediction about Stalin. He called the man coming down from the mountain, from which comes the smoke out of her mouth (the tube is not described, as in the days of Nero have not smoked, tobacco was later brought from America). Stalin is depicted as a terrible tyrant, whose black shadow would cover a third of humanity.

In other places Stalin called and predatory werewolf, and a terrible black beetle, nightmare and a bear devouring a human skull. “And many will be killed in the head,” — said in the “Eternal book”, although the author in such detail, as a rule, not draw attention.

“Eternal book” written in the style of the more ancient prophecies. It resembles the prophecies of one of the oldest books ever written by mankind — “Bundahishn, or the Foundation of Creation” which is part of the Avesta. Weird recitative, almost hexameters, predicts the future and Ragno Nero.

What is striking is that, unlike Nostradamus, he often gives alternative, offers other ways of future development, gives the possibility of choice of future events.

Yourself Ragno Nero calls “the Black Spider” and writes that his task is to “catch flies”, which are carriers of all sorts of disasters, plague, black, epidemics. The purpose is to show mankind the ways to go. If you remember medieval demonology, one of the names was the devil, Beelzebub, or Baalzebub, which means “Lord of the flies.”

Because for many events R. Nero calculates the second option and suggests that the correction of life possible not only for individuals but also for Nations and the whole of civilization. There is always the best alternative, but it doesn’t just happen, but through conscious effort, a collective, group work humanity over himself, over his astral code.

1. Turmoil and the split of the Church. North and West of Germany are fighting among themselves in 1503.

It was a turbulent time, when he lived Martin Luther (1483-1546) was a one of the leaders of the reformation, marked the beginning of Lutheranism.

Indeed, in 1870, broke out the Franco-Prussian war, associated with the name of Hohenzollern. On their coat of arms just represented by an eagle.

3. Two of the seven years war in Europe.

All came to pass. In the eighteenth century the troops of field-Marshal count P. A. Rumyantsev came to Berlin.

The Hellespont is the ancient Greek name for the Dardanelles Strait. Here we are talking about the Balkan war.

5. Will be a constant struggle between the three big religions — religions, Christ of the green religion, the religion of Sun and fire, professed by the peoples of Arabia and Persia.

6. Christianity will pass through all times. The time will come when Christians will live in caves.

7. The Green religion are not good angels, so she will die.

8. The religion of Sun and Fire in the XXI century knows the winning streak. Support it will find themselves in the Northern country of the Hyperboreans, where it will be revealed in a completely new way, the place of its main temple — the green Isle of Erin. The time will come when this religion will survive only on the Islands.

9. The religion of the great emptiness spread throughout the East. Over time, this will die. The remains will be approved only on a single Peninsula, which will be compared with the Islands of bliss.

It is difficult to understand what is meant by R. Nero under the fourth religion — the religion of the great void that is atheism or Buddhism? We can assume that, most likely, is Buddhism, because the atheists he calls “accursed infidels”, that is their beliefs, he is not a religion.

11. Every religion will produce your type of person.

12. Religion is the great void and the religion of Sun and Fire, in the end, will spawn a new religion is to become her father and mother.

14. The religion of Satan will arise in 1925. See the triumphal March, see the temple, but there is no light. It all the way around and are visible only pig snout.

January 31, 1925, was officially proclaimed the Foundation of the Church of Satan. It was then that Edward A. Crowley gathered his supporters, marking the beginning of the religion of Satan.

15. at the end of XX century the whole world will worship Satan. Many white people will be seduced by this religion. The main center of delusion — land of Tartary

Tartary in the time of R. Nero was called Russia, and the end of the twentieth century in Russia 90-ies and the period of democratic reforms and the devastation under the rule of Yeltsin.

16. In 2075 the main banner of the Church of Satan will pick up the black peoples of Africa, black flag, black trees, black all around.

17. The Satan worshipers learn to do so that everyone will have a lot of their similarities — “fingerprints”. The soul of man will alternately move into these similarities.

It is likely that this prediction foretells the discovery of a method of regeneration of the whole human organism from a single somatic cell taken from human tissue of a donor — that is, cloning.

18. In the middle of Europe formed a terrible bloody whirlwind. He is like a spider, climb on three sides — West, South and East. And it will last seven years.

For R. Nero, there is no century of Prosperity. In the grim future he saw the Second world war. It lasted 7 years, if you count from 1938, when the Nazis invaded Austria.

19. Two terrible poisonous mushroom will rise above the two cities. all these mushrooms will be seven.

Here we are talking about the atomic bombing of Hiroshima and Nagasaki. Of the seven fungi yet rose three: Hiroshima, Nagasaki and Chernobyl.

20. The end of XX century on the East see the terrible cloud.

It is likely that this refers to events in the middle East. In any case, not the Third world war it R. Nero is not predicted.

22. In 1981 will be a new terrible disease, as a punishment for fornication.

It is likely that we are talking about the disease AIDS.

23 In the end of XX century over Europe will be deadly disease that will take away half the population. All new diseases will be the number five, one of them is for the good of mankind.

24. In the early 90-ies of XX century will be the demographic outbreak of the southern people, living on many Islands South of the equator. It will be a very strong nation. It will create a terrible dictator who will unleash a war.

Unknown, what people are talking about. But it is likely that it will be Indonesia.

25. After that, the human population will be greatly reduced. Disappear France, Spain, Turkey, Scandinavia. Tartary disappears.

26. In the sky two Suns and two moons. Is no night. The earth will turn into a flaming hell. On the Ground it will be impossible to live.

Only in the air and under the ground will be the salvation of the living. Will be built eight underground cities. From the mountains they felled the top. People can live only in the mountains. Many people will go blind from light of two Suns.

27. In the North snow and ice melt at the poles appear extensive lush flourishing land.

It is assumed that changes in the tilt of earth’s axis, when it will be between two Suns.

28. Rise of a huge wave. They will flood half the earth and then bounce.

Earth’s position between the two Suns can cause unpredictable seismic activity and water.

29. A new Sun will patronize religion of Satan.

The new sun — it is likely that this is mentioned in many myths Tesla (in the ancient Indian mythology, is the name of the star Sirius).

30. Be built huge temples in the form of cones. Will be erected the Sphinxes and huge horns will grow out of the ground.

32. When people see the sky light of two Suns, two Moons, then come to the Earth the Antichrist — Satan on a horse with three heads.

Scientists have found that the arch in old Persian “Avesta” (the ruler of Rustam, who ruled before prophet Muhammad) it is stated that Chaumian-the Savior will come then, when on Earth will Shine the light of two Suns. He wins dwarfs and giants, will scatter the hordes of ants. To him people will come from the sky shinning on the clouds.

33. There will be people with spotty skin.

34. New species of animals will not obey man. Pets become enemies of man, as well study its character and habits.

35. The worst enemies of man in the XXI century will be insects. Scary spiders will destroy people. The locusts will fill the whole Earth.

36. Humanity will be divided into two regions — black and white.

37. On the island of Erin, the Sun will Shine and there will come a Saviour. Everything on Earth will be three of the Savior. One of them will come down from the mountains.

38. Malicious dwarfs will destroy people. Be afraid of those who head more than the torso. From them comes a great fear.

39. Be afraid of ropes and chains. With their help, the people will get rich.

Maybe this refers to the cables and wires.

40. Mushrooms will grow taller than a man.

41. Will the fruits of cubic form, octahedral temples, flying mirrors in which to affect people miles away, are terrible shells, which hear and speak human voices.

Maybe we are talking about a huge (the flying mirror), which transmit different transmission. As for the “terrible shells”, it is quite likely that this mobile phones.