The prints of the hands of giants 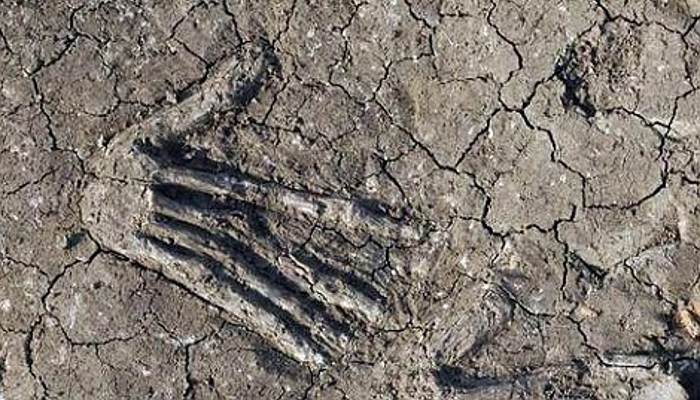 During the excavation of the 3600-year-old palace in the once great city of Avaris, Egypt, a group of archaeologists unearthed four pits. What is found in the pits? It’s hands. No bodies – just a bunch of dismembered hands. Most of the hands are quite large, and some of them are simply huge, which most likely means that they were all cut off from adult men, and perhaps in ancient Egypt it was full of giant.

These four ancient garbage containers were found in the palace of King Hayan from Hyksos, the inhabitants of West Asia, who once ruled part of Northern Egypt. Two are found in the outer part of the palace and two more near the throne room, indicating some ceremonial importance.

So, what does this mean? In fact, these large and very large hands are the first physical evidence of practice widely represented in ancient Egyptian art. Soldiers chop off the right hands of their enemies and present them to their leaders, who solemnly throw their hands into the pit, and then unceremoniously throw each soldier gold in return. Having mastered your right hand, you symbolically stole the source of the strength of your enemy and literally took away 50 percent of his ability to defeat you.

This image was created about 400 years after the severed hands were piled into pits in Avaris. It shows the severed hands of enemy soldiers, prepared for the transfer to Ramses III, the Egyptian pharaoh, after a successful campaign. So it turns out that the soldiers were large and very large people, giants? It’s interesting and really is a brutal rite.